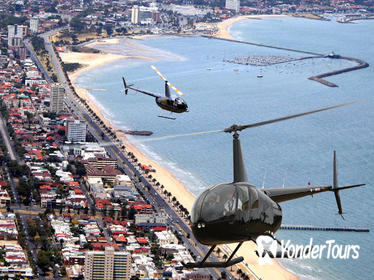 $ 166
20 Minutes Helicopter Tours Free Cancellation
View the sights of Melbourne from an aerial perspective with a thrilling, 20-minute helicopter tour! Soar over urban highlights like the Yarra River, Albert Park, the Melbourne Cricket Ground and the Grand Prix track, and hover above the beautiful coastline of St Kilda. Enjoy refreshments in a VIP lounge before takeoff and guided commentary by your pilot throughout the unforgettable flight.
View Tour 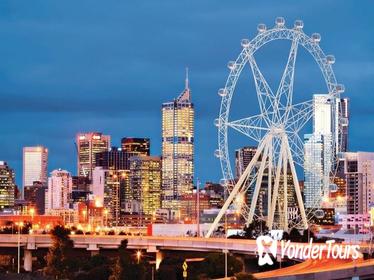 $ 27
8 Hours Attraction Tickets Free Cancellation
Take a spin around the Melbourne Star for breathtaking views of Melbourne and surrounds. From a height of almost 400 feet (120 meters), gaze down on urban landmarks as you circle the observation wheel in a comfortable passenger pod. By day, look for Port Phillip Bay and the Dandenong Ranges in the distance. Ride at night to enjoy sparkling city lights and the dazzling effect of millions of LED bulbs on the wheel itself. Upgrade to an encore package to experience both!
View Tour 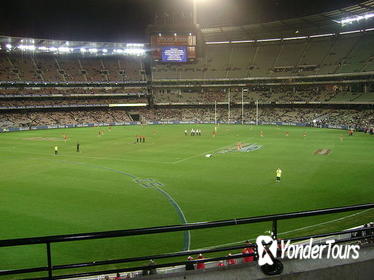 $ 88
1 Day City Tours Hotel Pickup Offered Free Cancellation
For sports lovers, Melbourne is hard to beat. With so many major stadiums packed into one metropolis, there's always a game on and excitement in the air. Get an insider's look into the city's athletic obsession with a behind-the-scenes tour of several of its famed venues. Visit the site of the Melbourne Cup horserace at Flemington Racecourse and cruise around the Grand Prix Circuit at Albert Park. For more, upgrade to one of three different options to explore the Melbourne home of your favorite sports.
View Tour 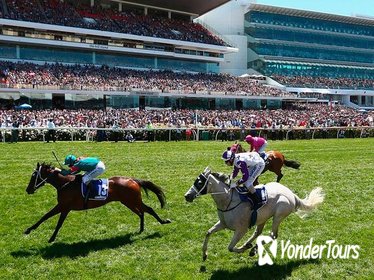 $ 70
3 Hours City Tours Free Cancellation
Learn about Melbourne's rich creative culture on a 3-hour small-group city tour. Visit cultural sites such as the Royal Exhibition Building, Lygon Street, and Flemington Racecourse and learn about the vibrant cultural and creative history of the city. Discover the famous cafe culture, renowned street art, and the unique Australian Football League, as you enjoy light refreshments and listen to informative commentary throughout the day.
View Tour 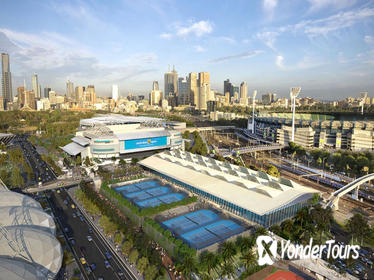 Sports and Beer Tour of Melbourne

$ 110
8 Hours City Tours Hotel Pickup Offered Free Cancellation
This tour is designed for those who love the thrill of the game and the refreshing taste of an ice-cold beer! Get an insider's tour of some of Melbourne's most iconic sporting venues including Flemington Race Course and the Melbourne Cricket Ground (MCG), to see where history is made and battles are won. Feel the rush of the Grand Prix as we drive a lap around the Formula 1 circuit, and top off the day with a tour and tastings at Stomping Ground Craft Brewery.
View Tour 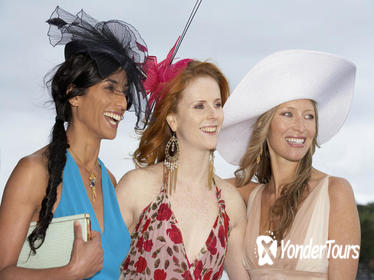 $ 199
9 Hours Sporting Events & Packages
Travel to Flemington Racecourse in style with a festive river cruise from Melbourne! You'll be well taken care of as you make your way to and from the Spring Racing Carnival, with morning and afternoon tea, a gourmet buffet lunch and unlimited premium wine and beer. Beat the traffic and crowds and simply relax on the sundeck as you cruise along the Yarra River. Enjoy onboard entertainment on the return cruise to Melbourne's Victoria Harbor.
View Tour