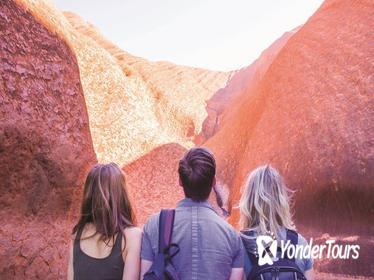 $ 103
7 Hours Walking Tours Hotel Pickup Offered Free Cancellation
Experience the magnetic allure of Uluru (Ayers Rock) on a morning tour of the sacred landmark. Learn about Uluru's long history, from sacred Aboriginal site to postcard star, as you watch the sunrise over the mighty rock. Then, embark on a guided 7-mile (11km) walk around the base of Uluru, stopping to see the waterfalls of Kantju Gorge and admire the Aboriginal rock art at the Mutitjulu Waterhole.
View Tour 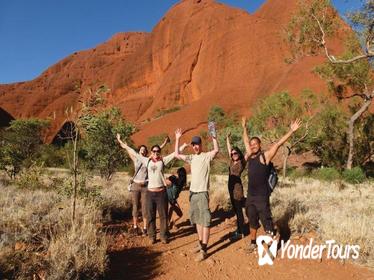 $ 73
4 Hours Half-day Tours Hotel Pickup Offered Free Cancellation
Located in Uluru-Kata Tjuta National Park, Uluru, also known as Ayers Rock, is a large rock formation that's sacred to indigenous Australians. On this tour from Yulara, experience the sunrise over Uluru and learn about the culture of the Anangu people during a walk with an indigenous guide. Plus, stop at the Cultural Centre to purchase local art and crafts.
View Tour 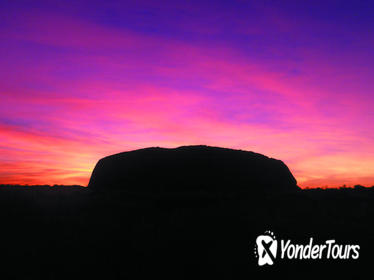 $ 274
3 Days Multi-day Tours Hotel Pickup Offered
Spend a memorable three days exploring Australia's Red Centre and experience the magic of the outback as you camp out beneath the stars. Marvel over the mesmerising landscapes of Uluru, Kata-Tjuta and Kings Canyon as you hike through the Valley of the Winds and the Lost City, and watch the sunset over sacred Uluru. That's not all: sample typical Aussie bush tucker, ride a camel through the desert and learn about the region's rich Aboriginal heritage at the Aboriginal Cultural Centre.
View Tour 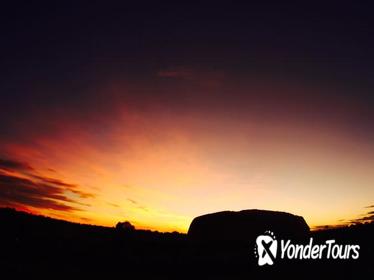 $ 326
4 Days Multi-day Tours
Immerse yourself in Australia's Red Centre on this 4-day, 3-night guided tour. First, visit Uluru for a walk around the famous rock formation. The next morning, watch the sunrise before visiting Kata Tjuta for a hike through the red sandstone domes. On the third day, head out to Kings Canyon and then on to Alice Springs. You'll depart by air-conditioned bus the final morning for a 6-hour ride back to either Ayers Rock Airport or the resort. Accommodations include two nights camping out in swags and one night at a hostel in a shared room.
View Tour