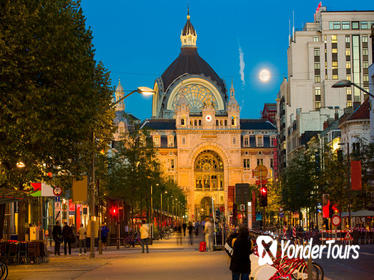 $ 129
6 Hours Private Sightseeing Tours Hotel Pickup Offered Free Cancellation
Take a break from Brussels to visit Belgium's second-largest city and the world's diamond capital on this private, full-day tour to Antwerp. Learn about the history of the port city from a knowledgeable driver and guide while touring local landmarks including the guildhall Vleeshuis, the Art Nouveau Central Station and a cathedral featuring works by Flemish master Rubens. Watch expert gem cutters at work on a tour of the DiamondLand factory and soak up the views from the MAS museum. The day's itinerary can be fully customized to suit your interests.
View Tour 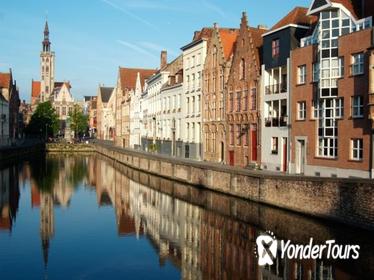 $ 124
2 Days Day Trips Free Cancellation
See the splendid sights of three of Belgium's most beautiful town's with a Brussels Super Saver tour. Combine three popular tours and pay a discounted price to discover the historical and cultural highlights of Ghent, Brussels and Antwerp. Spend the first day touring the legendary landmarks of Antwerp and Brussels with an accomplished guide, then venture to the medieval myriad of Bruges and Ghent on the following day. Immerse yourself in the captivating history of the region and enjoy convenient round-trip transportation on this enriching tour.
View Tour 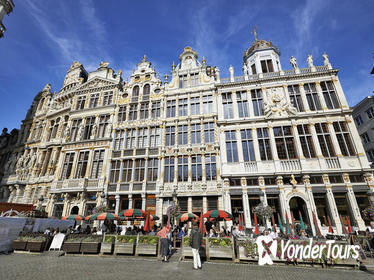 $ 178
9 Hours Private Sightseeing Tours Hotel Pickup Offered Free Cancellation
Experience the rich history and culture of Belgium's two major cities on this private, full-day combo tour. Learn about Brussels' illustrious past from a knowledgeable driver and guide while touring landmarks like Grand Place, the Atomium sculpture, St Michael's Cathedral and the Royal Palace. In the afternoon, journey north to Antwerp, known as the diamond capital of the world. See where glittering gems are processed at the DiamondLand factory, admire the city's Art Nouveau train station and see paintings by Flemish master Rubens at the Cathedral of Our Lady.
View Tour 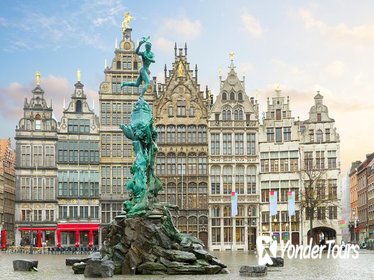 $ 43
5 Hours 30 Minutes Day Trips Free Cancellation
Immerse yourself in the historical charm of Antwerp on an enriching 5.5-hour tour of the stunning city from Brussels. Accompanied by an expert guide, absorb the medieval majesty of Market Square; gaze at the beguiling beauty of Baroque facades created by treasured artist, Rubens; and marvel at the outstanding architecture of Antwerp railway station. See the Diamond Pavilion and the excellent exhibits of the Museum Aan de Stroom at the end of your enriching excursion.
View Tour 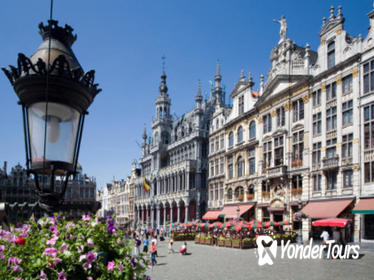 $ 69
9 Hours Day Trips Free Cancellation
Combine two incredible tours and save money with this Brussels Super Saver for a comprehensive cultural experience of Belgium. Accompanied by a knowledgeable guide, feast your senses on the architectural majesty of Brussels during a sightseeing tour; see alluring attractions like the Houses of Parliament and the Grand Place before heading to Antwerp to discover revered artworks and sparkling diamonds. Be dazzled by a diamond factory and marvel at some of Rubens' master artworks at the Cathedral of Our Lady.
View Tour 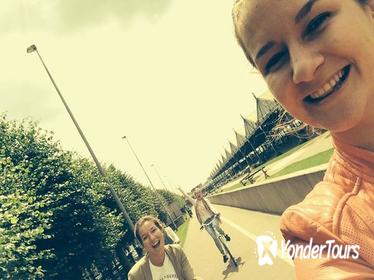 $ 23
2 Hours Kid Friendly Tours & Activities Free Cancellation
Explore one of the jewels in Belgium's crown and discover thousands of years of European history on this 3-hour bicycle tour of Antwerp. Spin through Antwerp's ancient streets with your guide and discover diverse districts including the Old Port, t Eilandje and the historic town center. Admire top local landmarks such as Central Station, the Cathedral of Our Lady and the MAS museum. Gain insight into Antwerp's rich culture and heritage, and follow your guide to out-of-the-way spots known only to the locals.Â
View Tour