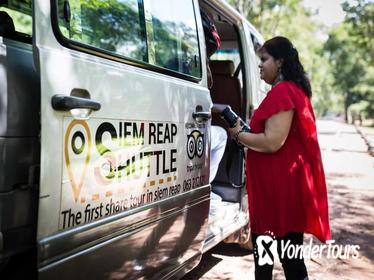 $ 13
6 to 7 Hours Day Trips Hotel Pickup Offered Free Cancellation
The temples at the UNESCO-listed Angkor Archaeological Park have almost a thousand years of history, so a guided tour is a good way to learn as much as possible about the temples' art and architecture. On this shared tour, your APSARA authorised guide takes you to the highlights of the three main temples.
View Tour 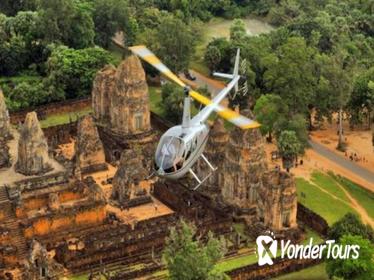 $ 582
11 Hours Helicopter Tours Hotel Pickup Offered
Experience the beauty of Angkor Wat as you cruise high above during a thrilling helicopter ride over this famed UNESCO World Heritage listed site. You'll get an aerial view during the 20-minute shared flight over this archaeological park, then see the ruins up close in this helicopter flight with private tour of temples. Visit Bayon in Angkor Thom - once the capital of the Khmer Empire - plus iconic Angkor Wat and Ta Prohm. This memorable day ends with a traditional dancer performance and a savory Cambodian dinner. Round-trip private transportation from your Siem Reap hotel and breakfast are also included in the tour.
View Tour 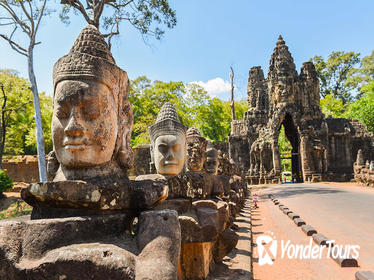 $ 105
8 Hours Full-day Tours
Discover the mysteries of Angkor on this full-day, small-group temples tour from Siem Reap. See the iconic Angkor Wat and the enigmatic faces of Bayon temple. Wander around Ta Prohm, where the trees are intertwined among the ruins, and enjoy a traditional lunch at Sras Srang -- the Royal Baths. This is a perfect tour for those who want to see the highlights of the Angkor temples in one day.
View Tour 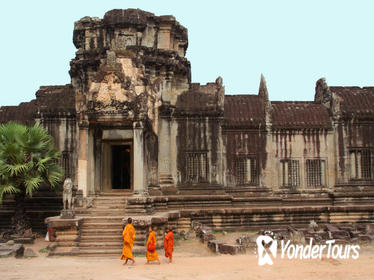 $ 97
10 Hours Private Sightseeing Tours Hotel Pickup Offered
Marvel at what remains of the famed Khmer Empire and bear witness to the stunning ruins of Angkor Wat on this private full-day tour from Siem Reap. Kick things off at the south gate of Angkor Thom City. Follow your guide through Bayon and Baphuon temple before venturing into the Royal Enclosure and Phimeanakas. Take in the beauty of the Terrance of Leper Kings and the Terrace of Elephants, then enjoy a traditional lunch of savory Cambodian cuisine. Finally, explore iconic Angkor Wat, a UNESCO World Heritage listed site that remains one of the most well preserved parts of the archeological park. You'll have plenty of time to explore the grounds before returning to your hotel in a private vehicle.
View Tour 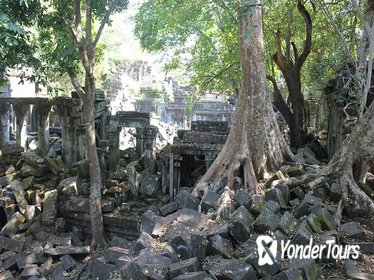 $ 59
9 Hours Cultural Tours Free Cancellation
A small-group remote jungle excursion for those looking to get off the beaten path! Explore Beng Mealea, a hidden ruined temple in the jungle outside of Siem Reap. Remote and relatively undiscovered, a trip to Beng Mealea takes you away from the crowds of Angkor. However, with this tour you won't miss the highlights of Angkor - on return to Siem Reap, stop at Angkor Wat and Bayon. Highlights: - Travel off-the-beaten-path to Beng Mealea Temple - Jungle experience outside Siem Reap - Visit the famous Angkor Wat - See the smiling faces of Bayon Temple
View Tour 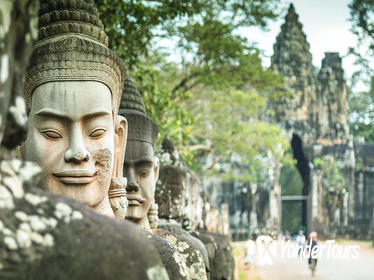 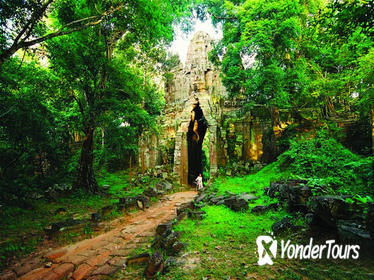 $ 78
8 Hours Private Sightseeing Tours Hotel Pickup Offered Free Cancellation
A private tour is sure to enhance your experience of Angkor Archeological Park, indisputably Cambodia's most popular attraction. During this personalized experience, you'll benefit from lesser-known historical and cultural commentary from a guide and get an intimate glimpse into parts of the site that large tour groups don't usually have access to. Plus, hassle-free hotel pickup and drop-off are included.
View Tour 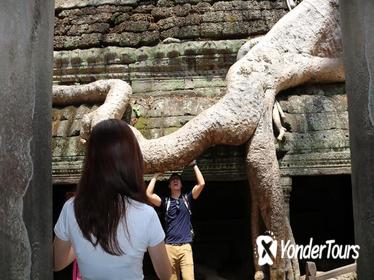 $ 79
1 Day 12 Hours Private Day Trips Hotel Pickup Offered Free Cancellation
Visit the temples of Angkor and Tonle Sap Lake on a 1.5-day tour from Siem Riep, and enjoy the flexibility of a private driver/guide as you explore two UNESCO-listed destinations. Spend the first, full day in the Angkor temple complex, from the sprawling Angkor Wat to the jungle-wrapped ruins of Ta Prohm. On the second day of the tour, cruise to a floating village on a morning excursion to Tonle Sap Lake, a UNESCO Biosphere Reserve lined with traditional fishing communities. This 1.5-day tour includes all transport by climate-controlled vehicle.
View Tour 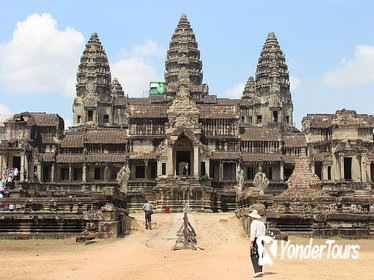 $ 86
12 Hours Cultural Tours Free Cancellation
If you've only got limited time in Siem Reap, tick off the best of Angkor Archeological Park on a full-day tour that reveals historical information integral to understanding the UNESCO-listed temple complex. Hassle-free hotel pickup and drop-off mean you won't have to worry about finding a meeting point early in the morning, while air-conditioned transport between each temple means you'll stay cool throughout the day.
View Tour