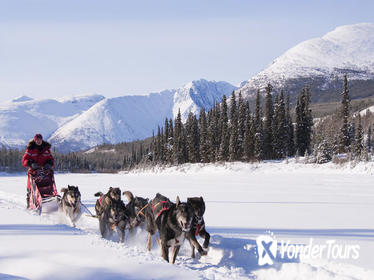 $ 1,289
5 Days Multi-day Tours
Experience winter in the far reaches of Canada's North during this adventure-packed, five-day, guided tour in the wilds of the Yukon Territory. View the snow-covered wonderland from above during a sightseeing flight, experience dog sledding and snowmobiling, and even soak in a natural hot spring. See wildlife like caribou, goats, elk, and moose at the Yukon Wildlife Preserve and explore culture and food in the city of Whitehorse.
View Tour 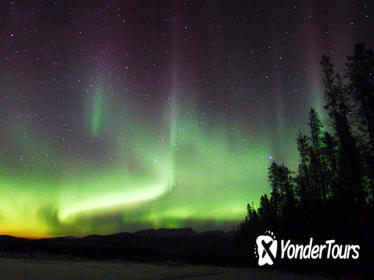 $ 539
4 Days Multi-day Tours
Discover one of nature's most spectacular illuminations on this 4-day Yukon Aurora-viewing tour. Visit the SS Klondike National Historic Site and learn of the Yukon River's last paddle-wheeler vessel. Discover top attractions including the Old Log Church, Main Street and the Log Cabin Skyscraper. Travel with your guide to the Northern Lights Center in the wilderness of Canada's Yukon Territories. In the evenings, watch the skies with your guide in search of the Aurora Borealis. Day times are free for optional activities such as dog-sledding and snowmobiling, snowshoeing and ice-fishing.
View Tour