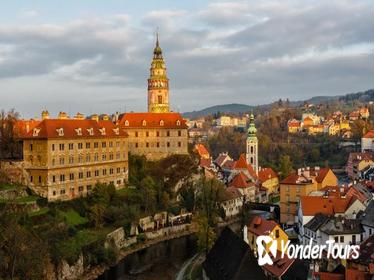 $ 121
9 Hours Private Sightseeing Tours Hotel Pickup Offered Free Cancellation
Get out of Prague for the day on this entertaining and informative 9-hour guided day trip to UNESCO world heritage-listed Cesky Krumlov. Spend some hours strolling around this magical, hilly medieval town. Explore the castle on the hill. Drink beer in ancient cellars. Marvel at Gothic churches. And then relax on the comfortable vehicle back to Prague, taking in the beautiful Bohemian countryside.Â
View Tour 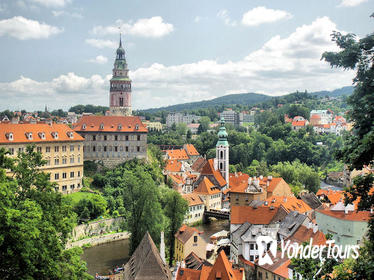 Private One-way Transfer to Salzburg from Prague via Cesky Krumlov

$ 798
10 Hours Private Sightseeing Tours Hotel Pickup Offered Free Cancellation
The journey from Prague in the Czech Republic to Salzburg in Austria can take up a day of your travel itinerary, but a private transfer will ensure you make the most of the scenery along the way. This one-way day trip includes hotel pickup, transport by comfortable private vehicle, and a visit to the UNESCO-listed medieval town of Cesky Krumlov along the way.
View Tour

$ 83
10 Hours Day Trips Free Cancellation
Explore the UNESCO-listed town of Cesky Krumlov on this day trip from Prague. Accompanied by an expert guide, travel through the scenic Bohemian countryside to arrive in the medieval town. See the church of St. Vitus, the historic town center and the Cesky Krumlov Castle, dating back to 1240. After a full day of sightseeing, your tour will conclude with transportation back to Prague.
View Tour 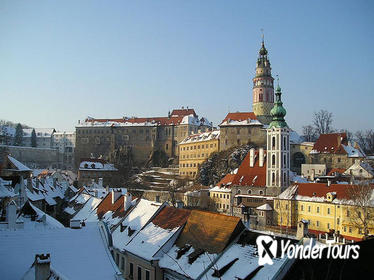