City of the Dead (Qarafa) Tours and Tickets 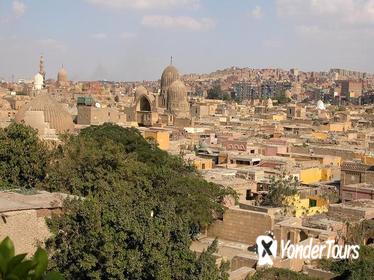 $ 14
4 Hours Private Sightseeing Tours Hotel Pickup Offered Free Cancellation
A unique blend of cemetery and residential neighborhood, Cairo's City of the Dead is a fascinating place to explore. Visit its shops, tombs, houses, and mausoleums on a 4-hour, private tour for your group of up to 15 people. This guided experience includes round-trip hotel transport, and a trip to the Mosque of Ibn Tulun, one of the oldest mosques in the city.
View Tour 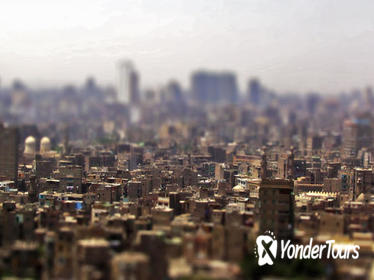 $ 62
No scheduled Day Trips Hotel Pickup Offered Free Cancellation
Experience a unique part of Cairo with a guided tour of the City of the Dead, an ancient cemetery that's alive with life. Explore its crowded aisles of beautiful Islamic architecture with a local guide, and learn why so many Cairenes (around 500,000) are living alongside gravestones and mausoleums. This tour includes round-trip transport, as well as bottled water and snacks for your convenience.
View Tour 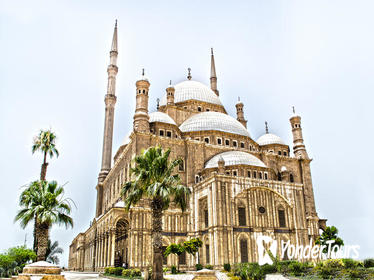 $ 11
6 Hours Private Sightseeing Tours Hotel Pickup Offered Free Cancellation
Travel back in time to the days of Ancient Egypt on this 6-hour private tour of the Alabaster Mosque, the City of Dead and Alazhar Park from Cairo. An informative guide will lead you through Alabaster Mosque, which was built inside Cairo's biggest fortress and was covered in silver and alabaster stone. Next you'll visit the tombs of the City of Dead before continuing on to Alazhar Park, one of the largest in Egypt. You'll also have the chance to climb to the highest point in Cairo for a breathtaking view overlooking the entire city.
View Tour