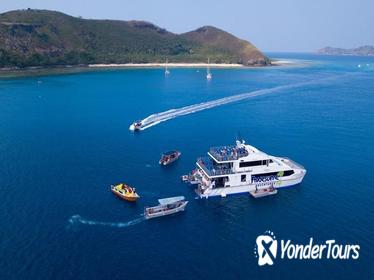 $ 207
No scheduled Multi-day Cruises Hotel Pickup Offered
Depart Port Denarau for a multi-day trip by high-speed catamaran to the Mamanuca Islands and Yasawa Islands of Fiji. Book a hop-on hop-off island pass, valid from 5 to 15 days - depending on your selection - and explore the stunning isles at your own pace. Simply prearrange your accommodation and stay as long as you like at each destination. A complimentary guidebook offers tips and suggestions on what to see and do while in Fiji.
View Tour 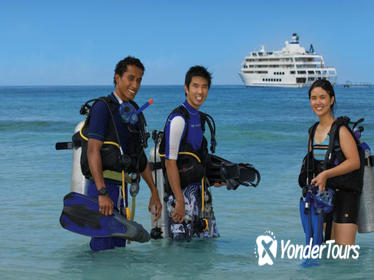 $ 946
5 Days Multi-day Cruises
Venture beyond Fiji's white sand beaches and swaying palms on this 4-night cruise around the Yasawa Islands. Hop off to swim and snorkel at beaches and lagoons, tour traditional Fijian villages and enjoy a cruise in a glass-bottomed boat. Opt for a thrilling scuba diving expedition (extra cost) or simply relax on deck and soak up the scenery as you visit two different destinations each day. This small-ship cruise includes on-board accommodation, meals and facilities including a swimming pool, mini-gym and day spa.
View Tour 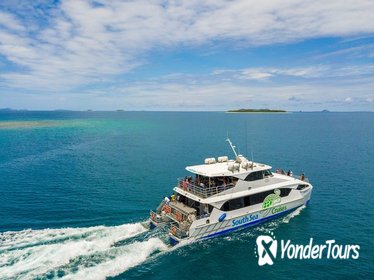 $ 106
9 Hours Day Cruises Free Cancellation
Cruise to the Yasawa Islands on a full-day trip from Port Denarau Marina near Nadi. A high-speed catamaran whisks you away to cruise the tropical and ancient volcanic islands of the Yasawa. Enjoy an included packed lunch onboard.
View Tour 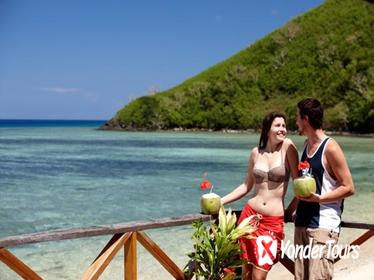 $ 435
6 Days Multi-day Cruises Hotel Pickup Offered
Island-hop your way around Fiji on a leisurely 6-day tour by high-speed catamaran. A professional crew takes you to three stunning island locations with overnight stays in the Yasawa and Mamanuca islands, where palm-fringed beaches, sea breezes and fun-filled activities await. You can opt to go kayaking, swimming into sea caves, snorkeling in the Blue Lagoon, or simply lounge in the sun. Select budget or standard shared dormitory accommodations, or upgrade to stay in a traditional Fijian bure. Cruises depart from Denarau Marina with round-trip transfers included.
View Tour 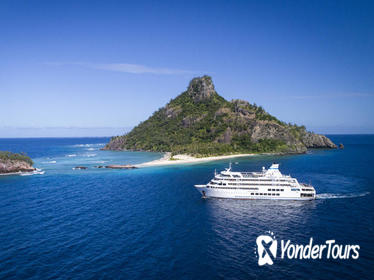 $ 706
4 Days Multi-day Cruises
Set sail for the lush rainforest, rocky coves and palm-lined beaches of the Mamanuca and Yasawa Islands on this 4-day Fiji Island cruise. Visiting two different locations each day, you'll have plenty of opportunities for swimming, snorkeling and scuba diving (extra cost), plus the chance to tour local villages or explore the coast on a glass-bottom boat. This small-ship cruise includes on-board accommodation, meals and facilities including a swimming pool, mini-gym and day spa.
View Tour