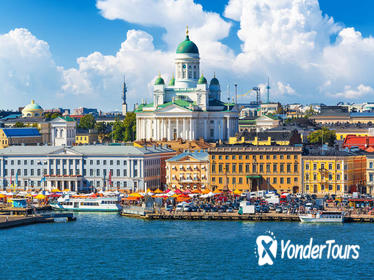 $ 58
3 Hours 30 Minutes Ports of Call Tours Free Cancellation
Once your cruise ship docks in Helsinki's port, get a thorough tour of the Finnish capital in just 3.5 hours. During this excursion via air-conditioned coach, tour the city center's most important landmarks, ending up at Central Station for some free time before returning to your ship on time. Opt to stay later in the city center if you like.
View Tour 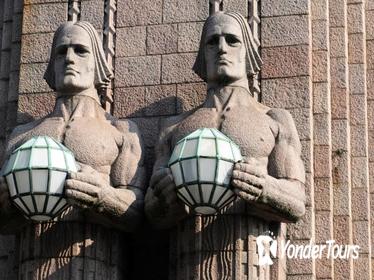 $ 40
3 Hours Private Sightseeing Tours Hotel Pickup Offered
Make the most of time in Helsinki with a personalized city highlights tour. This 3-hour private walking tour can start from your Helsinki hotel or Helsinki port, and offers a customizable itinerary. Admire must-sees like Helsinki Cathedral and Temppeliaukio Church (Rock Church), and discover Helsinki's history on route. Includes hotel or port pickup and drop-off, or an optional drop-off to shop at Helsinki's Market Square before returning independently to your hotel or ship.
View Tour 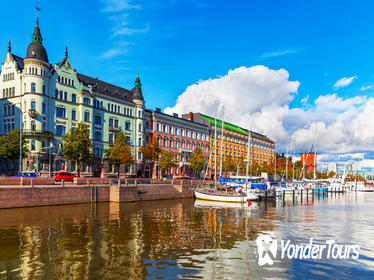 $ 102
5 Hours Ports of Call Tours Free Cancellation
When your cruise ship docks, combine a comprehensive sightseeing tour of Helsinki with a visit to the Seurasaari Outdoor Museum. During this 5-hour shore excursion, get a thorough overview of both modern and historic Finnish architecture, life, and culture. Entrance fees and a coffee/tea at a local cafe included.
View Tour 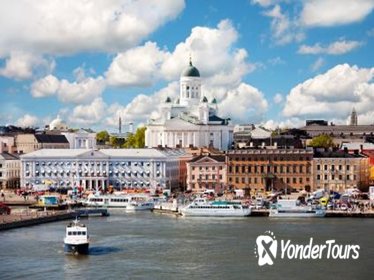 $ 161
17 Hours City Tours Hotel Pickup Offered Free Cancellation
Immerse yourself in the vibrant atmosphere and architectural charm of Helsinki on a full-day trip from Tallinn. Explore a wealth of alluring attractions on a narrated coach tour, seeing the shimmering copper Temppeliaukio Church and the dynamic pipe-constructed Sibelius Monument. Cruise on a relaxing ferry ride and enjoy some leisurely free time exploring the city independently. Convenient round-trip transportation from Tallinn is included on this tour.
View Tour 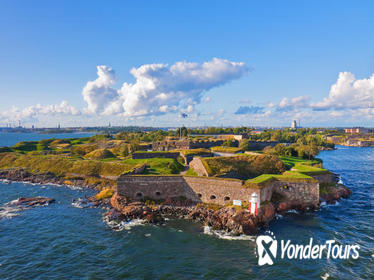 Private Half-Day Tour of Helsinki and the Suomenlinna Sea Fortress

$ 760
4 Hours Private Sightseeing Tours Hotel Pickup Offered Free Cancellation
Enjoy the personalized attention of your dedicated guide during this 4-hour private tour of downtown Helsinki and the Suomenlinna Sea Fortress. Get an overview of the Finnish capital's most important landmarks, then visit the UNESCO World Heritage Sea Fortress. Pickup and drop-off at any Helsinki location included.
View Tour 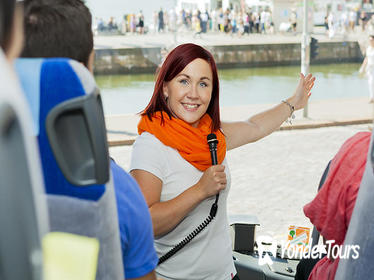 $ 456
2 Hours Private Sightseeing Tours Free Cancellation
Get personalized attention and private ground transportation on this 2-hour private city tour of Helsinki. Making a comprehensive city circuit, you'll hit all of the Finnish capital's highlights and landmarks while listening to commentary from your guide. Private tour vehicle is equipped with WiFi.
View Tour 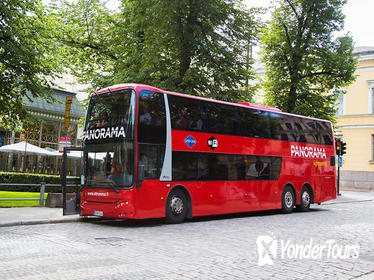 $ 37
2 Hours Bus & Minivan Tours Free Cancellation
Get to know Helsinki's highlights and history with this 1-hour 45-minute long audio city tour, complete with sound effects to bring the sights to vivid life. Put on your audio headsets, select from 10 languages, and take a personalized tour of the top Helsinki attractions. Explore the oldest districts of the city and see highlights including Helsinki Cathedral, Uspenski Cathedral and the Government Palace at Senate Square, the dazzling Finlandia Hall, the Finnish National Opera House, Stockmann Department Store, and many more, all while you listen to the engaging audio commentary and effects.
View Tour 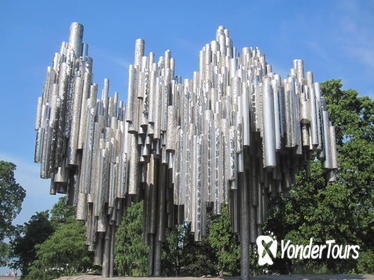 $ 459
3 Hours Ports of Call Tours
Make the most of a day's cruise stop at Helsinki with a private city walking tour with your own guide to do the sights justice. This 3-hour shore excursion covers landmarks like Uspenski Cathedral, the Presidential Palace and Parliament; and includes a visit to the underground Temppeliaukio Church (Rock Church), a Helsinki must-see. Plus, you can opt to stay on and shop at the stalls of Market Square before returning independently to your ship.
View Tour 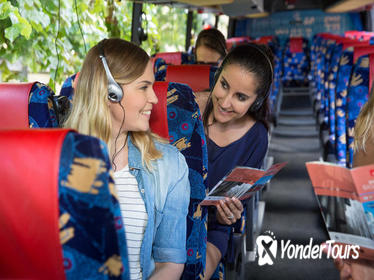 $ 52
3 Hours Day Cruises Free Cancellation
Admire Helsinki from land and water on a 3-hour bus and boat experience that combines two popular tours for a discounted price. Board a double-decker bus for a panoramic city tour, seeing sights including the Rock Church and Sibelius Monument, and discovering their stories via audio commentary. Then, ride a sightseeing boat along Helsinki's shorelines, sailing by the UNESCO-listed Suomenlinna Maritime Fortress and along the Degerö Canal. Wi-Fi is available on the bus and boat.
View Tour 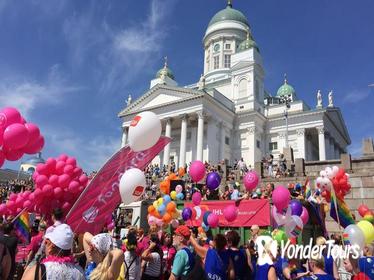 $ 58
2 Hours 30 Minutes Walking Tours Free Cancellation
Get personalized attention on this private 2.5-hour walking tour of Helsinki. Follow your dedicated guide to explore the harbor's edge, the open-air market, and the Temppeliaukio Church, among other attractions.
View Tour 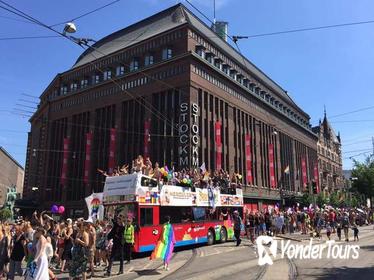 $ 869
3 Hours Half-day Tours Hotel Pickup Offered
Travel in a comfortable minivan with just your private party on this half-day sightseeing tour of Helsinki. The convenience of minivan allows for easy maneuvering through the city and the ability to see all the highlights and landmarks in just around three hours. Hotel pickup and drop-off included.
View Tour 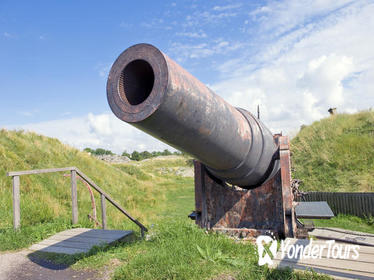 $ 924
4 Hours Ports of Call Tours Free Cancellation
Make the most of your time in Finland with a 4-hour, private Helsinki shore excursion from your cruise port. Get a personal overview and orientation of the vibrant city's historic center and cultural landmarks, with time to explore public squares, monuments and an iconic rock church. Board a small boat to the stunning Suomenlinna Sea Fortress, where you can walk high stone walls above crashing waves and jagged rocks.
View Tour 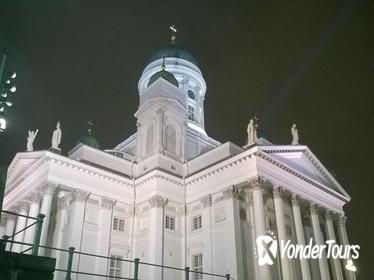 $ 347
2 Hours 30 Minutes Walking Tours Hotel Pickup Offered Free Cancellation
Get to know Helsinki in the company of a dedicated guide on this private walking tour. Visit highlights such the Temppeliaukio Church (Church of the Rock), Kiasma, and the Helsinki Museum of Contemporary Art. Take in the city market and vistas of the nearby archipelago on a walking portion of the tour. Enjoy personalized attention and a flexible itinerary on this private tour for just you and your party.
View Tour 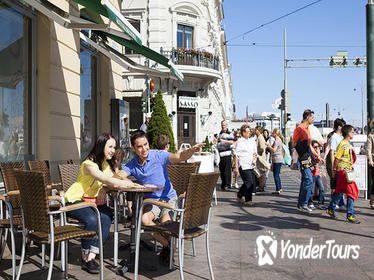 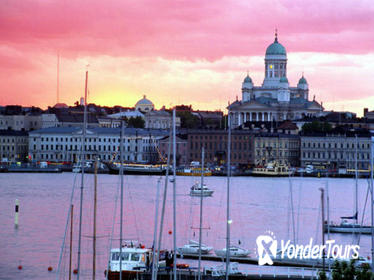 $ 115
5 Hours Ports of Call Tours
With just one day in port in Helsinki, the most convenient way to take in the highlights is on a guided tour. This 5-hour shore excursion includes a panoramic bus tour, stopping at landmarks such as Uspenski Cathedral, Temppeliaukio Church, and Senate Square, followed by a guided tour of the Seurasaari Open-Air Museum. Port pickup and drop-off is included.
View Tour