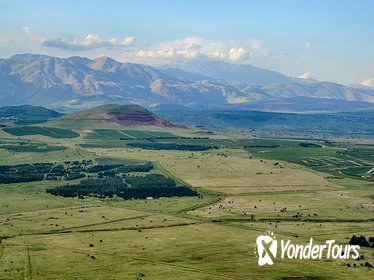 $ 135
13 Hours Day Trips Hotel Pickup Offered Free Cancellation
Rise into the Golan Heights on a full-day trip from Jerusalem, and take in the scenic landscape of the high, mountainous plateau. Visit border hot springs and a Talmudic village, explore the ruins of a 6th-century synagogue and spot ancient Hebrew inscriptions. Take in views from the top of an extinct volcano above the Quneitra Valley, and get a birds-eye view over one of the Levant's most contested regions.
View Tour 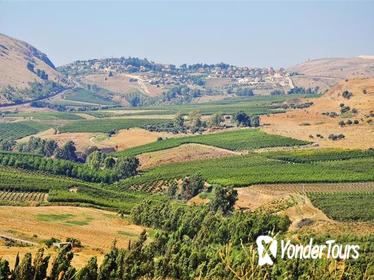 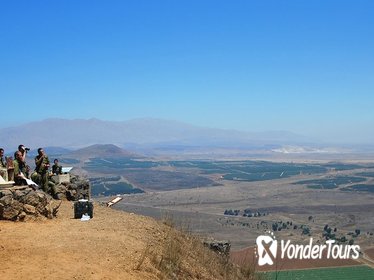 $ 338
2 Days Overnight Tours Free Cancellation
Discover the natural wonders of Israel during a 2-day tour of Golan Heights from Tel Aviv, Herzliya, and Netanya, ideal for travelers with limited time in the Middle East. Visit the Hammat Gader hot springs, from which you'll enjoy views of the Sea of Galilee, and admire Mt. Hermon, Israel's highest peak, and the former Syrian stronghold of Mt. Bental. All entrance fees, accommodation, and hotel pickup and drop-off are included on this small-group tour, limited to 15 people.
View Tour 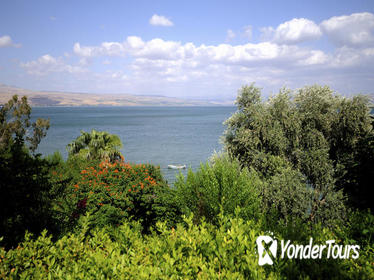 $ 318
2 Days Multi-day Tours Hotel Pickup Offered
Discover Northern Israel on a 2-day tour from Tel Aviv to Golan Heights, Nazareth and the Sea of Galilee that explores historic sites and biblical landmarks. Rise into a wild mountain landscape, visit a border hot springs and take in views of the Golan Plateau from Mount Bental. Sleep at a kibbutz,  experience Nazareth's Church of the Annunciation and descend into crypts below St. Joseph's Church, then visit the excavated ruins of ancient synagogues in Capernaum and see a Jordan River baptismal site before returning to Tel Aviv.
View Tour