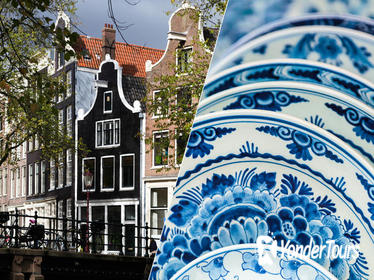 $ 91
8 Hours 30 Minutes Day Trips Free Cancellation
Enjoy two top-selling Holland tours in one memorable day. See Amsterdam on a city tour combined with an afternoon trip to Delft and The Hague with this Amsterdam Super Saver. Listen to guided commentary as your coach passes by popular attractions including the Royal Palace, the Skinny Bridge and the Red Light District. Later, witness how Delft pottery is produced at De  Delftse Pauw, view the Binnenhof and the Peace Palace, and admire Dutch landmarks in miniature at Madurodam. You'll save money with the discounted price!
View Tour

$ 29
3 Hours Half-day Tours Free Cancellation
Perfect for first-time visitors, this Amsterdam sightseeing tour takes you past major city landmarks. From your comfortable coach, view sights such as the Royal Palace, National Monument and Albert Cuyp Market, with onboard commentary from your professional guide. If desired, select the option to add on a visit to the Rijksmuseum or an 1-hour cruise exploring the majestic canals of romantic Amsterdam.
View Tour 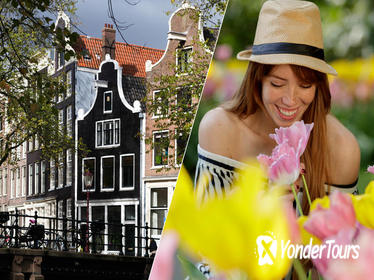 $ 91
7 Hours 30 Minutes Super Savers Free Cancellation
Experience the best of Amsterdam with this sightseeing combo that pairs a morning in the city with an afternoon in Keukenhof Gardens. Travel along the scenic canals and rolling country landscapes as you make your way past Dutch windmills past Amsterdam's top attractions. You'll see the National Monument and Albert Cuyup Market, plus plenty more, on a two-and-a-half hour morning coach tour. Next wander Keukenhof Gardens on a guided tour before taking time to explore at your leisure. Save when you book these trips together and take the headache and hassle out of planning your own adventure.1-hour canal sightseeing cruise in Amsterdam with audio commentary included.
View Tour 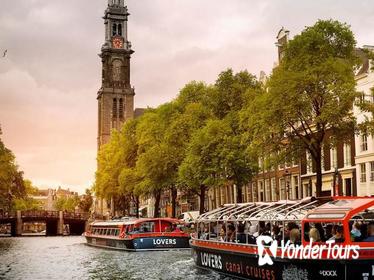 $ 21
1 Hour Day Cruises Free Cancellation
Discover hidden corners in Amsterdam's scenic waterways unreachable by many boats on this 1-hour canal cruise. Aboard a solar-powered vessel, hear tales with your audio-guide while snapping photos of the historical waterfront sights. Pass highlights such as the Anne Frank House and the Golden Bend district with its grand manor houses. A variety of departure times makes this a convenient sightseeing activity.
View Tour 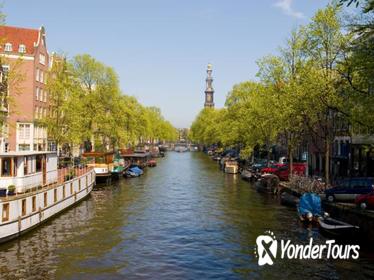 $ 21
1 Hour Day Cruises Free Cancellation
From the peaceful atmosphere of a luxury, glass-enclosed boat, enjoy the highlights of Amsterdam along its UNESCO-listed canals during this 1-hour cruise. Hear narrated commentary on the sites along the way, including the Anne Frank House, the Golden Bend, the Reguliersgracht and the Skinny Bridge. With a variety of departure times available, this picturesque and comprehensive overview by water is easy to fit into your day of sightseeing.
View Tour