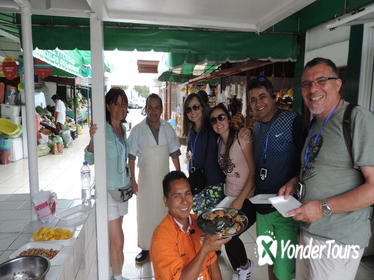 Gastronomic Tours of Lima by Bike 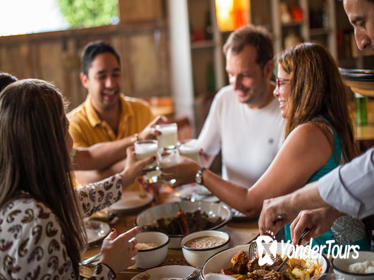 $ 75
3 Hours 30 Minutes Food Tours Free Cancellation
Lima's cafes and restaurants offer fresh ingredients and interesting flavors, with recipes handed down the generations - but overcoming the language barrier to find the best places isn't easy. On this walking tour, explore the Barranco district with your guide and hit the foodie spots the locals love. Choose a morning or afternoon tour with seven tastings across five stops - including a restaurant ranked in Latin America's top 50 - and discover a world of delicious food in Lima.
View Tour 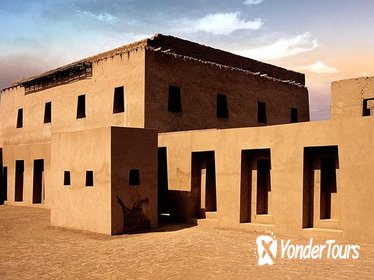 $ 44
4 Hours Half-day Tours Hotel Pickup Offered Free Cancellation
Immerse yourself in the pre-Inca history of the Temple of Pachacamac archaeological site on this half-day tour from Lima. With a guide providing commentary, visit the ancient oracle, the temples, and the sacred palaces, as well as the bohemian Barranco district of Lima and the Bridge of Sighs (Puente de los Suspiros). All entrance fees to attractions and hotel pickup and drop-off at central Lima hotels provided.
View Tour 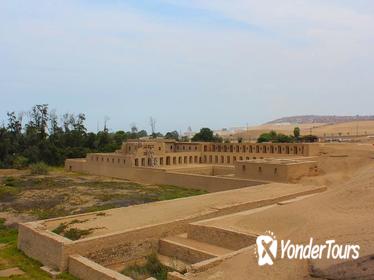 Half-Day Tour to Pachacamac Archaeological Site plus Barranco and Chorrillos

$ 45
4 Hours Archaeology Tours Hotel Pickup Offered Free Cancellation
Travel just a short ways south of Lima to access the large complex of ruins, temples, and pyramids at  the Pachacamac Archaeological Site on this 4-hour tour. This trip also includes a brief tour of important sites in the city of Lima and hotel pickup and drop-off.
View Tour 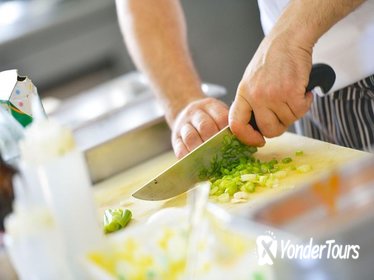 $ 267
9 Hours City Tours Hotel Pickup Offered Free Cancellation
Lima's culinary scene is as big as the flavors of its national cuisine. Sort the dazzling from the mundane on this 9-hour culinary tour of Lima, breaking up food tastings with walking tours of culturally rich neighborhoods.
View Tour 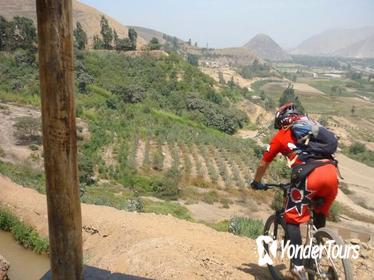 $ 120
7 Hours 30 Minutes Private Sightseeing Tours Hotel Pickup Offered
Pedal through Lima's splendid countryside and unravel local history on this bike tour through the ages in the Pachacamac Valley. Cycle past farms and haciendas before exploring the Pachacamac main plaza and the magnificent ruins of Pachacamac. Learn the ancient stories and legends of this centuries-old archaeological site before returning to modernity, ending in the heart of the city.
View Tour 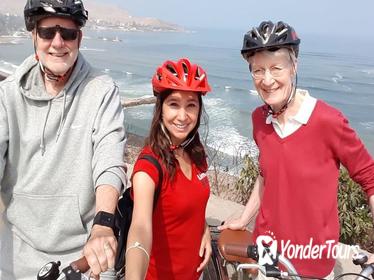 $ 57
4 Hours Bike & Mountain Bike Tours Free Cancellation
Experience the artistic and bohemian neighborhood of Barranco by bike. Pedal along the boardwalk of the Malecon and take in the views of the Pacific Ocean. Learn about the 'City of the Kings' with your guide as you cruise past murals and graffiti in Barranco. End your tour with a delicious ceviche snack in front of the beach.
View Tour 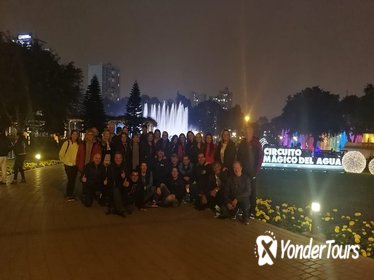 $ 60
4 Hours Night Tours Hotel Pickup Offered Free Cancellation
Avoid the daytime heat and see Lima at its most magical on an evening tour of Parque de la Reserva and Barranco. Starting in the neo-classical gardens of Parque de la Reserva, you'll witness a spectacular light and fountain show before exploring the bohemian district of Barranco. Visit a local hangout for a pisco sour and relish the convenience of hotel pickup and drop-off.
View Tour 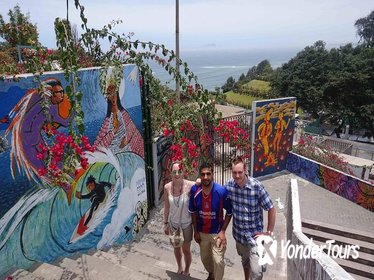 $ 60
4 Hours Walking Tours Free Cancellation
Experience a more authentic, less-touristy side of Lima during this 4-hour walking tour through the city's Chorillos and Barranco neighborhoods. Observe the hum of activity in 'fish town,' a section of Chorillos that hosts a fish market and a cast of local fishermen, before heading to the nearby cliffs to sample some local snacks. Continue to the increasingly trendy Barranco area to admire colorful mansions and hip art galleries. Your excursion also features round-trip hotel transport (from most areas of Lima), snacks, professional guide and admission ticket.
View Tour 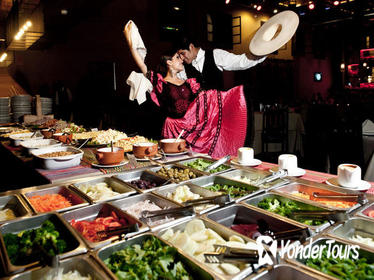 $ 69
3 to 4 Hours Dinner Packages Hotel Pickup Offered Free Cancellation
Discover Peru's rich culture during this 3-hour dinner and folklore show in the bohemian Barranco district. Start out at the Magic Circuit of Waters park to watch a multimedia and fountain presentation. Then sit down to a delicious Peruvian dinner buffet and learn about Peruvian folklore and history through dances, music, and arts.
View Tour 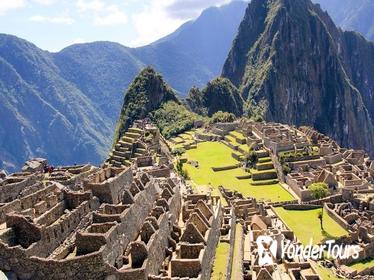 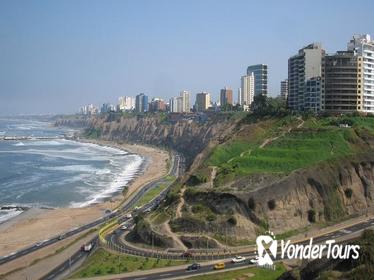 $ 99
3 Hours 30 Minutes Private Sightseeing Tours Hotel Pickup Offered
Get a sense for the modern and historic landmarks of Lima during this 4-hour city exploration with a private guide. During the course of your trip you'll first get a personalized introduction to this Peruvian capital's wealth of Spanish colonial plazas, centuries-old churches and ancient monasteries. Finish your trip with a chance to wander the bohemian enclave of Barranco, its streets fronted by grand old mansions and clifftop views. This easily customizable private Lima trip also covers a private vehicle, entrance fees and round-trip hotel transport.
View Tour 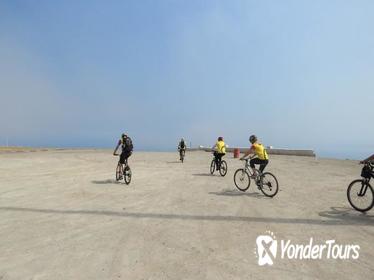 $ 75
3 Hours 30 Minutes Private Sightseeing Tours Hotel Pickup Offered
With rich maritime history and hidden enclaves tucked away from the tourist trail, Lima's pretty coastline has plenty to offer. On this tour, choose a morning or afternoon start time, and spin along the coastal trails by bike with your guide to lead the way. Reach top attractions including Morro Solar with ease - with bike, helmet hire, plus pickup and drop-off at your Barranco, Miraflores, or San Isidro accommodation included.
View Tour 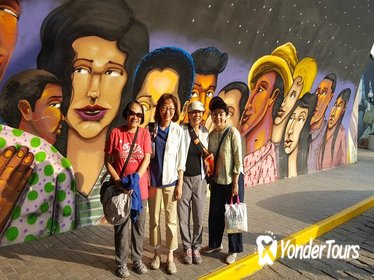 Private Tour: The Best of Barranco and Miraflores

$ 64
5 Hours Private Sightseeing Tours Hotel Pickup Offered Free Cancellation
Learn about everyday life in Lima as you walk through the city's most popular neighborhoods of Barranco and Miraflores on this private tour. Visit popular parks, well-known snack spots, the Inca Market, and more, all while hearing tales of the city's history and modern culture from your guide. This private tour is conducted with just your guide and your private group and includes hotel pickup and drop-off.
View Tour 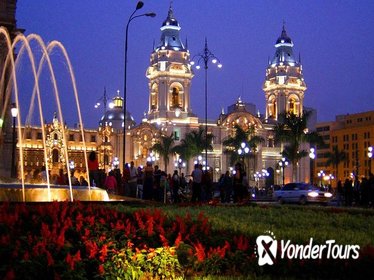 $ 40
3 Hours Night Tours Hotel Pickup Offered Free Cancellation
Experience the top landmarks of Lima, all illuminated at night, during this 3-hour excursion led by a private guide. Travel by private vehicle on a nighttime exploration of the Peruvian capital, including stops to explore the many architectural gems in the city's UNESCO World Heritage-listed historic center, a visit to the top of San Cristobal Mountain for gorgeous panoramic city views and chance to walk among the many fountains of Lima's Reserve Park. Your nighttime private excursion also includes entrance fees and round-trip hotel transport.
View Tour 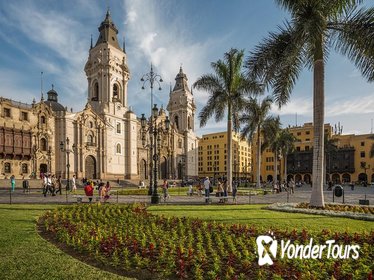 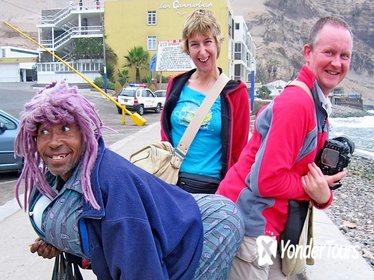 $ 175
7 Hours Cultural Tours Hotel Pickup Offered Free Cancellation
A full-day Lima sightseeing tour allows you to do and see more than in a shorter city tour. Not only do you visit must-see destinations like Miraflores, the Historic Centre, and Parque Olivar, but you also head to overlooked gems like Morro Solar and the Chorrillos fishing wharf. Between an extensive itinerary and commentary from your guide, this tour leaves you with a complete picture of Lima's culture and offerings.
View Tour 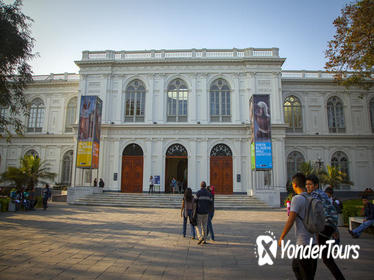 $ 35
4 Hours Cultural Tours Hotel Pickup Offered Free Cancellation
A self-guided tour of Lima museums and neighborhoods lets you visit must-see Lima attractions without the expense of hiring a guide. This tour includes entrance fees and transportation between the Park of the Exhibition, the Lima Art Museum, and the Barranco district, and leaves you free to explore whatever catches your interest in each location.
View Tour 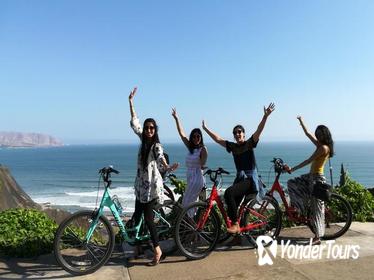 $ 26
3 Hours Bike & Mountain Bike Tours Free Cancellation
Explore Lima by bike on a 2.5-hour, off-the-beaten track cycle tour from Miraflores. Ideal for active travelers, this bike tour covers top Lima attractions - including the pre-Inca ruins of Huaca Pucllana, El Malecon, and the Bridge of Sighs - and hidden gems in the bohemian neighborhood of Barranco. This small-group tour, limited to six people, has a morning and afternoon departure time.
View Tour 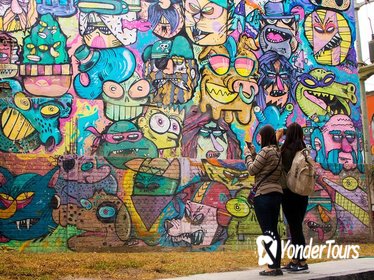 $ 75
3 to 4 Hours Day Trips Free Cancellation
Start in the afternoon from your hotel and drive to "El Callao". Callao is a place full of art and history; Walk around old streets rejuvenated by colorful graffiti's. After many pictures visit the "Fugaz" art gallery, where you will find different kinds of art expositions like photography, paints, sculpture, etc. Our next stop is the traditional neighborhood of "La Punta". La Punta is known because Italian influence in the architecture.Continue this cultural afternoon in Barranco. Barranco is one of the most colorful places in Lima and known as the bohemia district. Here we can capture the urban art from Pesimo & Entes. Finish our Barranco walk at the MATE, Mario Testino´s Museum. Mario is one of the most famous photographers around the world. He is one of the favorite photographers for lots of celebrities including Madona, Paul McCartney, etc. His most important photo shoot was to Diana of Wales.
View Tour