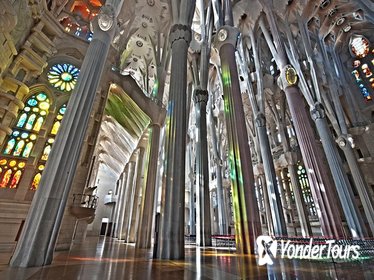 $ 139
8 Hours Private Sightseeing Tours Hotel Pickup Offered Free Cancellation
For a VIP sightseeing experience in Barcelona, book this private tour that includes skip-the-line access at the city's most popular attraction, La Sagrada Familia. Enjoy the comfort of traveling by private vehicle to top attractions like Passeig de GrÃƒÂ cia, the waterfront, Montjuïc and the Gothic Quarter. Take in Barcelona's famous Modernisme architecture, and learn about the city from a knowledgeable guide.
View Tour

$ 87
3 Hours Food Tours Free Cancellation
Tuck into tasty tapas and traditional wines on this 3-hour gastronomic tour of Barcelona. Get the inside scoop on Barcelona's renowned foodie scene from a local guide and stop along the way to dine at three of the city's best tapas bars. At each restaurant, sample an array of delicious Catalan cuisine, taste local specialties like Iberian ham, '' or 'pan con tomate' (spicy potatoes, bread and tomato), and choose from a selection of fine regional wines.
View Tour 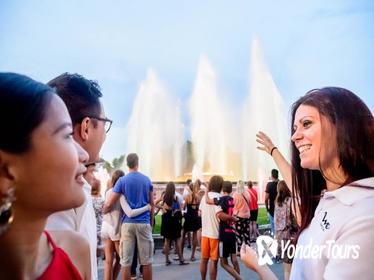 $ 46
2 Hours 30 Minutes City Tours Free Cancellation
Enjoy the best of Barcelona at night on a 2.5-hour evening tour by open-top Mercedes Cabrio minibus. Stroll the Passeig de Gràcia to see the modernist architecture of La Pedrera, Casa Batlló, or Casa Amatller, and then drive by the lit-up landmarks of the seafront. Admire views over the illuminated city from Montjuic Hill, watch the sound, light, and water show at the Magic Fountain, and finish with a bar stop in the popular Old Town.
View Tour 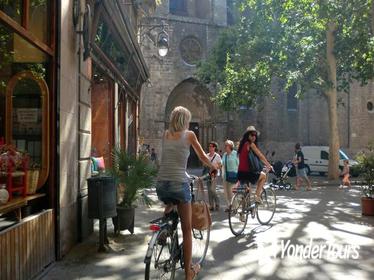 $ 87
3 Hours Private Sightseeing Tours Free Cancellation
With this tour we want to propose you the visit of the City Centre by bike. The tour has a very local perspective! We will riding through the old city centre making stops to show you the best of the heart of the city: at every stop we will give you the explanation and we will let you take the best pictures. This tour is special since you will decide along with your guide the route to follow! Ask and you will be happy!During the route we will stop for a "vermut" or a "chocolate swiss" in one of the most famous and ancient corners of Barcelona: ELS 4 GATS!
View Tour 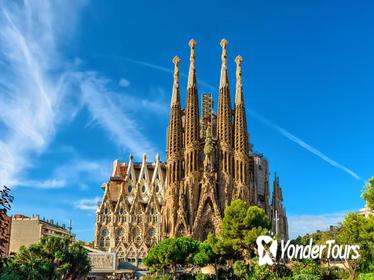 $ 103
8 Hours Cultural Tours Hotel Pickup Offered Free Cancellation
Sample all that Barcelona has to offer during this 8-hour sightseeing excursion in the Catalan capital. Start along upscale Passeig de Gracia, exploring the street's high-end boutiques and modernist buildings like La Pedrera and Casa Batllo. You'll continue your day at the UNESCO World Heritage-listed Sagrada Familia, learning about the inspiration for this jaw-dropping building and its one-of-a-kind creator, Antoni Gaudí. You'll also enjoy visits to other iconic attractions including Las Ramblas, MontjÃƒÂ¼ic Mountain, the Gothic Quarter, and much more. Round-trip transport and a guide are also included.
View Tour 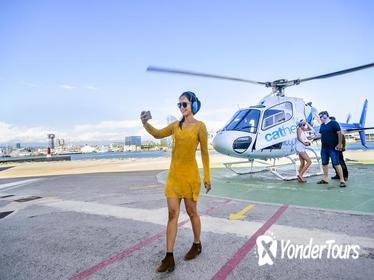 $ 115
3.30 to 4 Hours Walking Tours Free Cancellation
Discover the spectacular sights of Barcelona on a 3.5-hour tour that explores sky, water and land. Accompanied by a knowledgeable guide, stroll the serpentine streets of the Old Town to absorb the Gothic grandeur of the Gothic Quarter with its colossal Cathedral. Then, set off on a 40-minute cruise on a stylish Turkish schooner boat; sail down the glittering river then disembark to experience an exhilarating 5-minute helicopter ride. See the stunning sprawl of the city from a remarkable aerial perspective as you soar through the sky. Enjoy an intimate atmosphere on this small-group tour, with numbers limited to 12.
View Tour 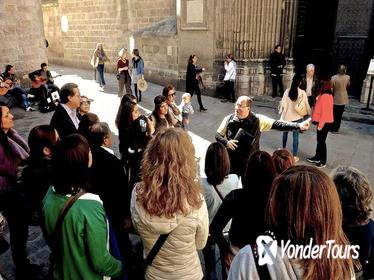 $ 18
2 Hours 30 Minutes Walking Tours Free Cancellation
Explore several thousand years of Barcelona history in a single day during this 2-hour guided Gothic Quarter walking tour. Travel back in time through the Roman and medieval eras to the present day as you discover this atmospheric neighborhood's winding streets and many layers of history. Stop by the Plaça de Sant Jaume, now the seat of the Catalan government, and walk along side one of the world's best-preserved Roman walls. Stops at the medieval Plaça del Rei, Barcelona Cathedral, La Boquería market, and Las Ramblas are also included.
View Tour 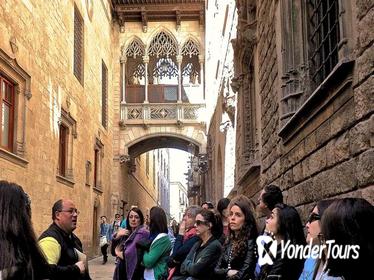 $ 146
3 Hours Private Sightseeing Tours Free Cancellation
Get acquainted with the Gothic grandeur of Barcelona on a 3-hour walking tour through the spectacular Gòtic Quarter of the city. Delve into the fascinating 2,000 year-old history of the area, gazing at dramatic landmarks like Barcelona Cathedral and Santa Maria del Mar as you explore. Stroll along the iconic La Rambla boulevard and allow yourself to be seduced by the vibrant charm of Barcelona on this enriching tour.
View Tour 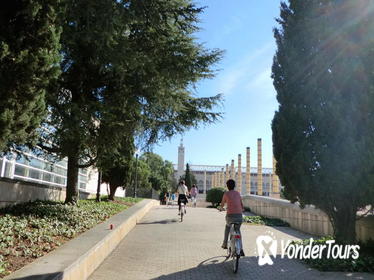 $ 42
2 Hours Bike & Mountain Bike Tours Free Cancellation
Take an electric bike tour to discover the hidden gems and charms of Barcelona. This 2-hour tour explores the Old City with its gothic architecture, the coastal medieval district, and the Port Veill and Montjuic district where you can see the sight of the 1992 Olympic Games. Enjoy the beautiful scenery and pedal to a vista with fantastic panoramic views of the city.
View Tour 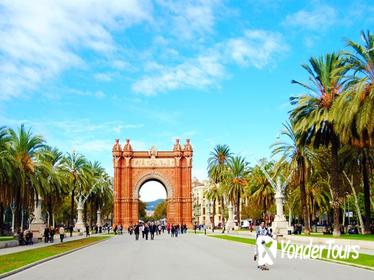 $ 80
3 Hours Walking Tours Hotel Pickup Offered Free Cancellation
Follow in the footsteps of Barcelona's ancient Romans and its modern-day residents during this 3-hour private walking tour of Barcelona. Wander past picturesque Barcelona landmarks like the Arco de Triunfo and the sprawling Ciutdella Park before diving into the Gothic Quarter. 'Get lost' in the narrow winding streets of this atmospheric area with your guide, stopping to explore the ornate Cathedral of Barcelona, Born Market, ancient Roman walls and some of the neighborhood's lesser-known gems. Your guide, light refreshments and a city welcome pack are included.
View Tour 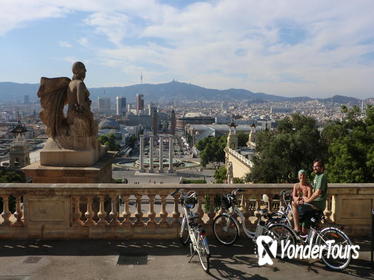 $ 42
2 Hours Bike & Mountain Bike Tours Free Cancellation
Experience Barcelona's main attractions by electric bike! On this two-hour tour, you'll weave through the historic streets and alley-ways of the Gothic Quarter and then head up Montjuic Hill to enjoy one of the best views in the city. The electric bike allows you to cover a lot of ground while also enjoying the outdoors and the many sights that you'll pass along the way.
View Tour