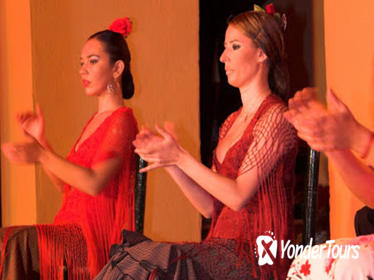 $ 43
1 Hour 30 Minutes Theater, Shows & Musicals Free Cancellation
Let yourself be allured by the raw emotion and captivating choreography of a traditional flamenco show at the esteemed Tablao Flamenco El Arenal in Seville. Sink into a comfortable seat in a venue considered one of the best in the world and watch an electrifying performance that expertly demonstrates the flair and fire of Spanish flamenco. Watch a talented troupe of award-winning dancers move to melodious guitar music and enjoy complimentary drinks, traditional tapas or a gourmet 3-course meal. Â
View Tour 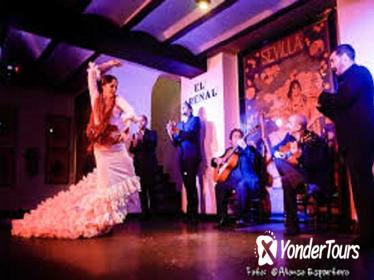 $ 45
1 to 3 Hours Attraction Tickets Free Cancellation
The Tablao El Arenal in Seville is the most emblematic flamenco scene in the city. With 40 years of history, in this space with this admission ticket you can enjoy the purest and authentic Flamenco Art.
View Tour