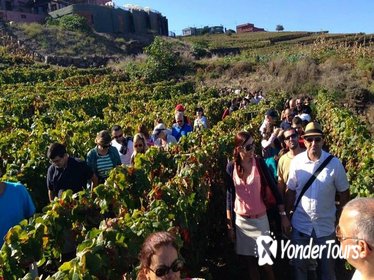 $ 72
8 Hours Food Tours Free Cancellation
Visit one of Spain's largest Canary Islands, Tenerife, and become familiar with its gastronomy on this 8-hour tour. In the UNESCO-listed town of San Cristóbal de La Laguna, spend time sampling local wine and cheese at two popular wineries before relaxing over a 4-course meal with wine. Then, pop over to the fishing village of Candelaria to learn about its religious background, and check off its must-see sights.
View Tour