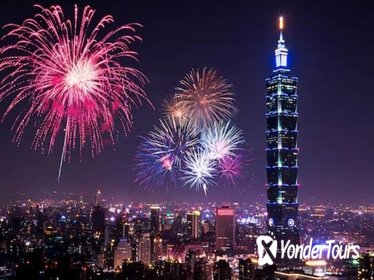 $ 302
12 Hours Hotel Pickup Offered Free Cancellation
Limited to only 10 participants!  This is a special tour which you can enjoy Taipei 101's new year's eve firework show while relaxing on a cruise down the Tamsui river. Grab your beer and snacks, while enjoying a spectacular firework show, let's say hello to 2019!  The tour also includes trip to JIufen and Shifen and dinner at the Xi Meng Ren Sheng Tea House before the cruise tour.
View Tour 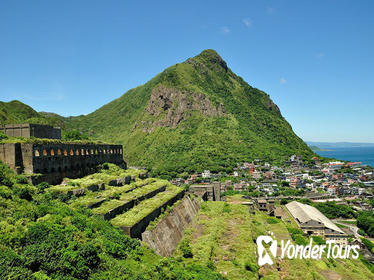 $ 33
9 Hours Day Trips Hotel Pickup Offered
Taiwan's Northeast Coast National Scenic Area is one of the country's most beautiful and best reputed; discover why on this day trip to Jiufen, Yehliu Geopark, and Shifen from Taipei. Travel with a guide and a small group of eight people or fewer to see the striking natural and cultural attractions of the region, including distinctive rock formations, waterfalls, and historical alleys lined with contemporary street food. This tour includes guided commentary (choose between Mandarin or English) and round-trip transportation from Taipei.
View Tour 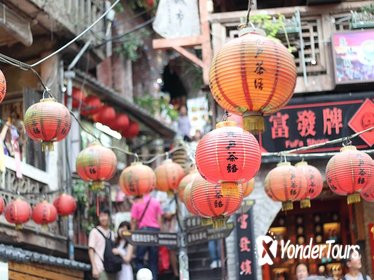 $ 68
8 Hours Day Trips Hotel Pickup Offered Free Cancellation
Visit Jiufen and Shifen on a day trip from taipei !  Prepare for your trip to Taiwan's mountainous interior with a door-to-door transport from Taipei hotels. Witness the historic villages and spectacular coast in Jiufen, enjoying your very first sky lantern experience in Shifen! Now grab your luggage, let's go to Jiufen and Shifen!And we don't have a minimum number of application, so no need to worry about sudden cancellation!Only on Finemakers!"»The tour starts at 13:00 every day."»Please note that we pick up travelers at selected hotel only. Hotel information listed in pick up details.
View Tour 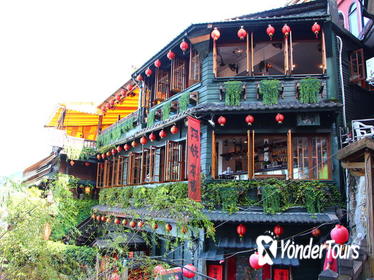 $ 300
8 Hours Cultural Tours Free Cancellation
See the traditional side of Taiwan with this Mandarin or English-speaking guided driving tour to the famous northern cities of Jiufen and Shifen. Explore Japanese-styled Jiufen's Old Street and sample the local delicacies of Taiwan's former gold rush town - a point of inspiration for Disney film Spirited Away - and release your very own sky lantern at nearby Pingxi.
View Tour 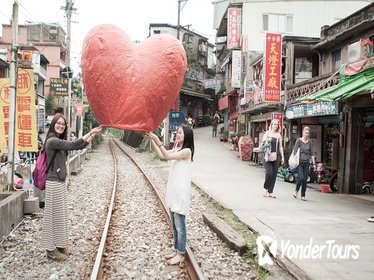 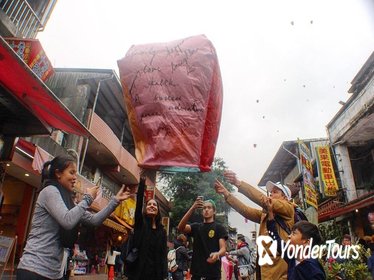 $ 100
8 Hours Day Trips Hotel Pickup Offered
Travel from Taipei to Jinguashi, Jiufen, and Pingxi. These charming, old-world destinations are great for romantic outings, nostalgic walks, and dining in traditional restaurants and teahouses. Take in amazing views of the ocean and surrounding landscapes while getting taught about the area's history. Wander the narrow cobbled streets of Jiufen, a town famous for having been an inspiration for the Miyazaki classic Spirited Away. Make sky lanterns by yourself and release them to send your wishes to the heaven in Pingxi, known for its annual Sky Lantern Festival. Hotel pickup and drop-off included.
View Tour 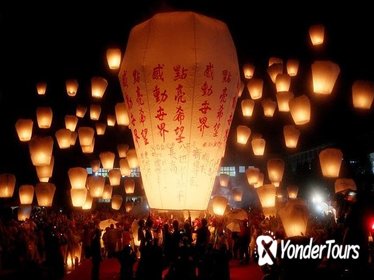 $ 50
5 Hours Cultural Tours Hotel Pickup Offered Free Cancellation
Have you ever flown sky lanterns before? You will have an experience in writing messages on each side of lanterns before launching into the air. Travel from Taipei to Houtong Cat Village, Shifen Old Street, Jing Tong Station Railway Culture, Shifen Waterfall, and Suspension Bridge. Just a stone's throw away from bustling Taipei, this tour will allow you to bask in the old-town atmosphere, take in beautiful scenery, and learn a thing or two about the area's cultural heritage.
View Tour 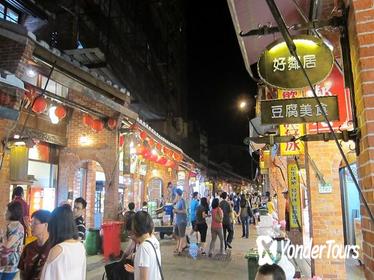 $ 180
5 Hours Cultural Tours Hotel Pickup Offered Free Cancellation
Step off the typical tourist trail, and explore two highlight districts in New Taipei City, on this seamless, small-group tour. Meet your guide directly at your Taipei hotel, and set off in the morning. You'll head first to Shenkeng District: a former mining town that's famed for its traditional tofu restaurants. Explore, and try any treats that catch your eye, from fried tofu to tofu ice cream (own expense). Then, transfer to Pingxi District. Explore its historical architecture, and then light and release a sky lantern.
View Tour 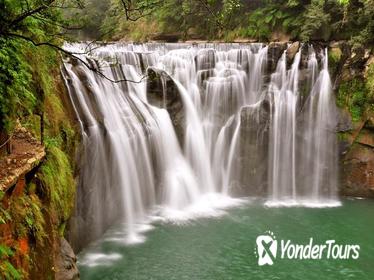 $ 290
5 Hours Attraction Tickets Hotel Pickup Offered Free Cancellation
Enjoy Taiwan country landscape on the way to Shifen. Shifen is a town rich in culture and history which provide a nice glimpse at Taiwan's beautiful natural scenery. Travelers canÂ create a Chinese Lantern (Ã¥Â¤Â©Ã§Â‡Âˆ) with a wish written on it to release into the sky. Besides, taste Shifen history and culture, eat local food when you walk in the Shifen old street.
View Tour