Things to Do in Central Croatia

Choose from 1 Fun Things to Do in Central Croatia 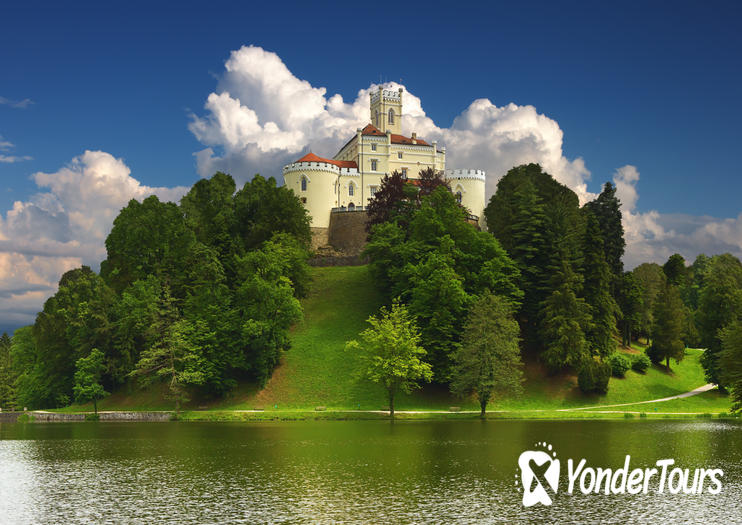 Set against a backdrop of hillside vineyards and lush woodlands in Zagorje, just an hour north of Zagreb, Trakošćan Castle is Croatia's best preserved and most-visited medieval castle, making it a popular day trip from the capital. The grand Gothic fortress dates back to the 13th century, but much of its current appearance is owed to mid-19th century restorations. Sculpted from yellow stone, the castle's white-trimmed crenelations, dramatic drawbridge and red-roofed towers add a fairy tale element, while the breathtaking 215-acre grounds feature a romantic landscape of English-style gardens and pretty walkways set around a tree-lined lake.

Owned by the Drašković family until 1944, the castle is now the property of the state, reopening in 1950 as a museum and fast becoming one of the region's most popular tourist attractions. Impeccably restored with period-style decor, the castle's three floors display a mix of neo-Renaissance, Gothic and Baroque designs, featuring many original furnishings and artworks amassed by the Draškovićs over the years. Other highlights include the castle's eerie underground dungeons, a vast collection of 15th- to 19th-century firearms and weaponry, and painter Julijana Erdödy's study.
Address: Trakošćan, Croatia
From $ 73