Things to Do in Central Pacific

Choose from 6 Fun Things to Do in Central Pacific A popular attraction among families, Selvatura Park is one of the best nature and adventure parks in Costa Rica. Just a 15-minute drive from the main town of Monteverde, the park is set against the backdrop of stunning cloud forests, and in addition to various cables, platforms, swings and treetop walkways, the park also features hummingbird and butterfly gardens, plus insect and amphibian exhibitions.
There are different ways to enjoy Selvatura Park, with numerous tours and activities catering to different types of travelers. Adrenaline junkies can experience an extreme canopy adventure, a walk through the trees on a hanging bridge, or a zip-line through the forest, while nature lovers can explore a particular aspect of the park’s ecosystem, choosing from an insect exhibition tour, a herpetarium tour, a hummingbird or butterfly garden tour—or a full Selvatura Park nature tour that includes all of the above.

The park is open daily from 7am to 4pm, and admission prices vary by activity.
Address: Carretera a Reserva, Monteverde, Costa Rica
Hours: 7am–4pm daily
Admission: Varies
From $ 5 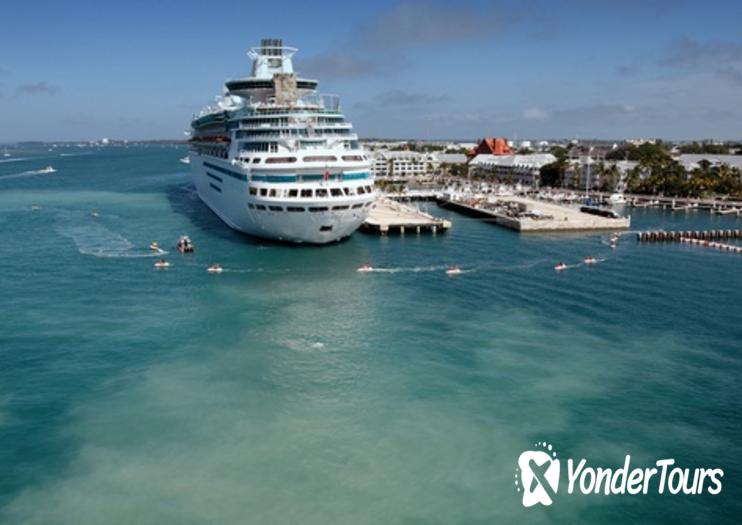 Sitting on a narrow peninsula in the Gulf of Nicoya, Puntarenas is a gateway to exploring the best of Costa Rica’s natural beauty and ecological diversity. It is also the country’s most important fishing port and a popular holiday destination for Costa Ricans.

How to Get to Puntarenas
If you are lucky, your ship will dock right in Puntarenas; other cruise ships may dock at Puerto Caldera, which is 20 minutes away from Puntarenas by taxi. In Puntarenas, you will arrive at the base of the Paseo de las Turistas, the main tourist drag.

One Day in Puntarenas
Without much to see in Puntarenas itself, you will most likely spend your day on an excursion. The Monteverde Cloud Forest, Poas Volcano National Park and the Carara National Park are all popular day trip destinations and possible activities include horseback riding or hiking through the rainforest, kayaking, whitewater rafting, birdwatching and ziplining.

If you are looking for a slightly more relaxing way to spend your day, you might try a visit to the town of Sarchi, about 40 minutes from Puntarenas. The drive itself is pleasant and the town offers a variety of unique souvenirs including colorful crafts and leather goods. Or, arrange an excursion to a local coffee plantation, where you can learn about the coffee-making process and sample some of Costa Rica’s best brews.

For those who opt to hang around town, you can stroll along the Paseo de las Turistas, a beachfront walkway that is bursting with shops, open air food counters and restaurants.

Port Information
Spanish is the official language in Costa Rica, but those in the tourist industry will likely speak and understand some English. The local currency is the Costa Rican colon, but most merchants and taxi drivers will accept US dollars, giving you change in colones.
Address: Puntarenas, Costa Rica
From $ 192

A postcard-perfect paradise of white-sand beaches, swaying coconut palms, and sapphire-blue water rife with marine life, Tortuga Island (Isla Tortuga) is an ideal spot to swim, snorkel, or bask in the sunshine. The island is only accessible from Costa Rica's main cities via a scenic boat ride across the Gulf of Nicoya"”an extra perk for your vacation.
The Basics
While a mix of activities, such as hiking, canopy tours, and pickup volleyball games keep visitors well entertained on land, most travelers visit Tortuga Island for its waters. The volcanic reef surrounding the island is home to diverse wildlife, such as moray eels, spinner dolphins, and octopi"”plus three shipwrecks"”which make it a great spot to snorkel or dive.
Tortuga Island is an ideal day trip destination, with day trip cruises typically running from San Jose and Jaco on mainland Costa Rica and allowing visitors to glide past some of the 23 islands scattered around the Gulf of Nicoya. Opt for a glass-bottom boat or sea kayak tour for a chance to admire the underwater scenery without getting wet
Things to Know Before You Go
How to Get There
Tortuga Island is located just off the tip of the Nicoya Peninsula, close to the Curu Wildlife Refuge, and is only accessible by boat. Operators depart from a variety of ports, including Jaco, Montezuma, Puntarenas, and San Jose. Most boat trips include snorkeling, meals, and hotel pickup and drop-off.
When to Get There
Tortuga Island is open year-round, with peak season running from late December through January. The island is only accessible via day tour, as there is no lodging on Tortuga. Though the official average of 120 visitors per week seems delightfully low, be aware that on weekends and in December and January, those numbers spike.
Turtle Islands
Tortuga Island is actually comprised of two islands, Alcatraz and Tolinga, but just about everyone refers to them as Isla Tortuga, or Turtle Island, named after the area's most popular wildlife resident.
Address: Costa Rica
From $ 135 Jaco Beach is known for its black sand beaches and close proximity to Costa Rica’s capital city. But it’s also widely recognized for its diverse landscapes, breathtaking beauty and endless options for outdoor fun. The vast shores and crystal blue waters attract as many out of town travelers as they do locals.
Travelers can learn to surf, snorkel and swim in the clear ocean waters off the coast of Jaco. And those who want to experience the diversity of Coast Rica’s ecological landscapes can tour nearby Manuel Antonio National Park, the Carara biological reserve or the Damas Island Estuary. There are rain forest canopy tours, whale watching trips and beach side horseback riding adventures, too. Whether visitors are looking to unwind or eager to explore the shores of Jaco Beach offer the best of both worlds to travelers.

Jaco Beach is located a short drive from the San Jose airport and is the closest coastal destination to the capital city.
Address: Costa Rica
From $ 65 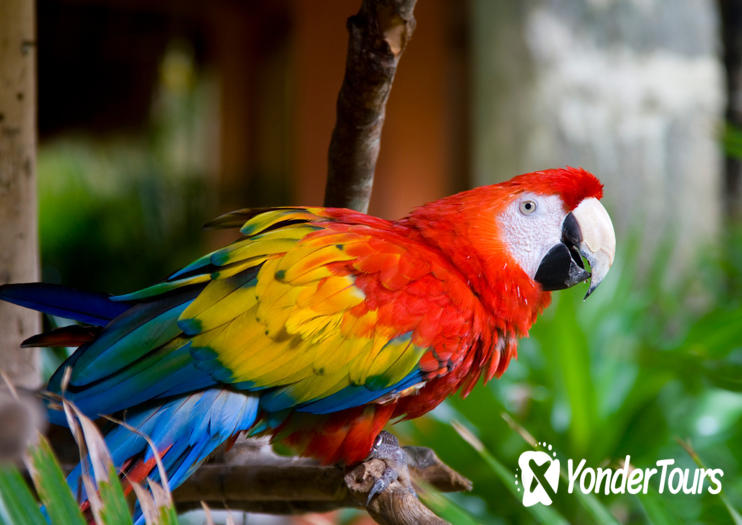 At the confluence of two important Costa Rican ecosystems—the wet and wild Pacific Rainforest that characterizes the southern coast, and the dry tropical forest for which Guanacaste is known—this small, popular national park packs a lot of wildlife into a 5240-hectare (12,950-acre) package.

Most notably, Carara is home to one of Costa Rica’s last remaining populations of scarlet macaws, who you’ll likely see gossiping and preening in small groups throughout the park. The Rio Tarcoles, which forms the park’s northern border, is well known for its enormous population of huge crocodiles.

There are two short, 1km (.6mi) interpretive trails through the wilderness and waterfalls, perfect for families and less active travelers. A longer, 4.5km (2.7mi) trail follows the Rio Tarcoles and mangrove marshes, where both the crocodiles and scarlet macaws settle in for the evening.

There are scores of other animals in residence, hailing from both forest ecosystems straddled by Carara: sloths, peccaries, deer, monkeys, armadillos, and even big cats. Birders will appreciate the bounty most, with some 400 species easily spotted in this relatively small area.

Carara is convenient to both San Jose and Jaco, which is great for travelers who often park on the famous Tarcoles Bridge for a view over the crocodile-packed river. Unfortunately, this is also great for folks who rob rental cars. Keep an eye on your vehicle (even if you’re just on the bridge for a few moments), leave no valuables visible, and use guarded parking whenever possible.
Address: Puntarenas, Costa Rica
Hours: Ranger station is open 7am - 4pm daily.
Admission: $8
From $ 105 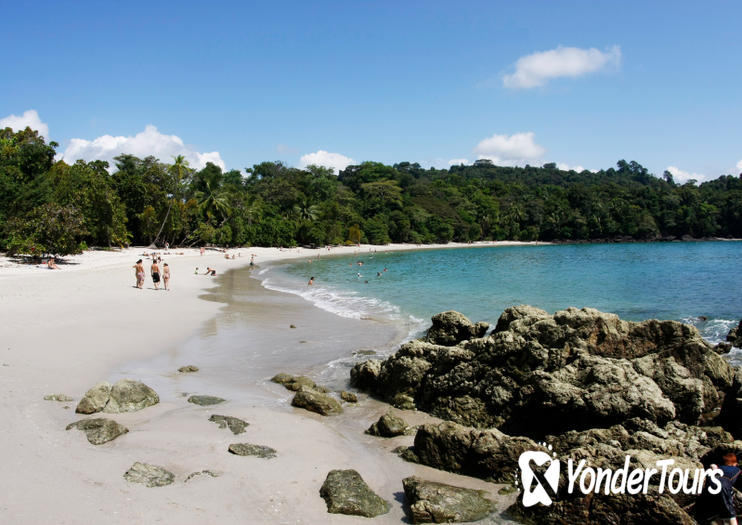 Spread across an area of 1,688 acres (683 hectares), Manuel Antonio National Park is Costa Rica’s smallest national park. Small though it may be, its natural beauty and diverse wildlife are truly impressive, with four pristine Pacific beaches and swaths of rain forest inhabited by sloths, frogs, monkeys, and toucans.
The Basics
Manuel Antonio National Park is one of the most scenic and wildlife-rich stretches of Costa Rica’s Pacific Coast. Most tours of the park include guided hikes and nature walks, during which participants learn about native wildlife, from iguanas and coatis (a raccoon-like creature) to capuchin monkeys. Some tours include stops at one of the park’s beaches, where visitors can swim in turquoise waters. The park can also be seen on sightseeing cruises, which often making snorkeling stops en route.
Things to Know Before You Go
How to Get There
Manuel Antonio National Park is situated on Costa Rica’s Pacific Coast, about 90 miles (150 kilometers) southwest of San Jose. Bus companies, including Tracopa, Gray Line, and Interbus, run services between San Jose and Manuel Antonio. Direct buses usually take about three hours, while nondirect buses take about five hours.
When to Get There
The park is a very popular destination for tourists and can attract large numbers of sightseers, particularly during the dry season (December–April). Get here soon after opening (7am) to experience it at its quietest and for the best chance to spot wildlife. Note that the park is not open on Mondays.
The Beaches of Manuel Antonio National Park
The park is home to four beaches: Manuel Antonio, Espadilla Sur, Teloro, and Playita. Two of these run along the Punta Catedral, an island-like landform connected to the mainland by a narrow isthmus. On the southern side is Playa Manuel Antonio, and the northern side hosts Espadilla Sur. Playa Manuel Antonio is ideal for snorkeling with sheltered, swim-friendly waters, while the waters at Espadilla Sur can be rough at times.
Address: Quepos, Costa Rica
From $ 55