Things to Do in Kamakura

Choose from 1 Fun Things to Do in Kamakura 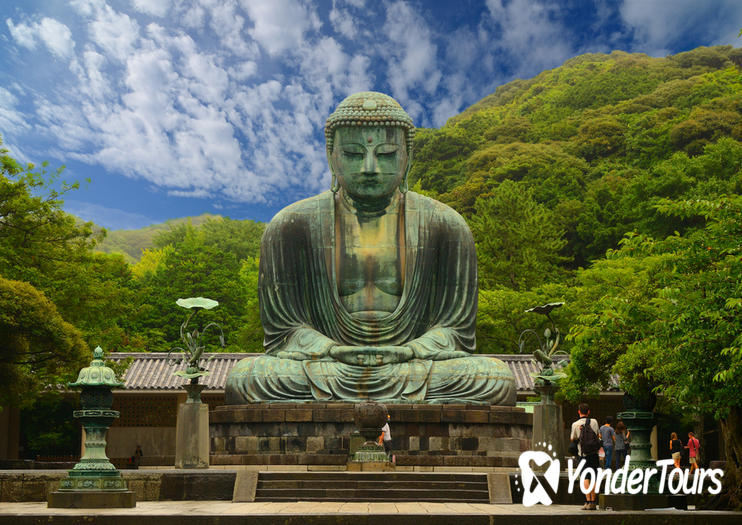 The 47-foot (14-meter) tall bronze Buddha statue of Kotokuin (Great Buddha of Kamakura) is only the second tallest statue of Buddha in Japan though likely the most recognizable.

The seated figure is that of Amitabha Buddha, worshipped by Japanese Buddhists as a deity of salvation. The statue was completed in 1252 after the site’s previous wooden Buddha and its hall were damaged in a tsunami in 1248. Hundreds of years later, you can still see traces of the original gold leafing. The identity of the artist who cast the statue remains a mystery.

The temple of Kotokuin where the Buddha statue resides falls under the Jodo Sect of Buddhism, the most widely practiced branch of the religion in Japan. While the Great Buddha is the real draw, visitors can tour the temple grounds to see the four bronze lotus petals originally cast as part of a pedestal for the Buddha, as well as the cornerstones of the hall that originally sheltered the statue.
Address: Hase, 4-2-28, Kamakura, Kanagawa Prefecture, Japan
From $ 85