Things to Do in Natal

Choose from 8 Fun Things to Do in Natal 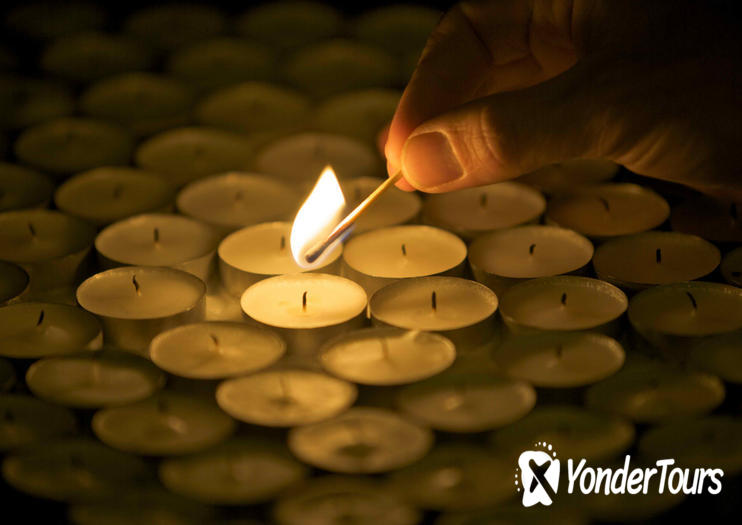 Natal's Metropolitan Cathedral was recently restored and is decidedly modern, making for an interesting stop in the city and an architectural landmark worth seeing. Its jagged shape and use of stained glass and light are departures from traditional cathedral design. Three interlocking crosses stand at the front entrance.
It is dedicated to the Lady of Presentation, the patron saint for which the city of Natal gets its name. Natal translates to Christmas in Portuguese and the city is was founded on Christmas Day in 1599, so there is a statue of the Virgin Mary in the cathedral designating this fact. The cathedral was famously visited by Pope John Paul II, and the site's small chapel has several beautiful paintings to see. Mass takes place daily, and a small basement shop sells souvenirs.

The Metropolitan Cathedral of Natal is located in the city center in Cidade Alta and is free to visit.  It is open daily.
Address: Av. Floriano Peixoto, 674, Natal, Brazil
Hours: Open daily
From $ 27 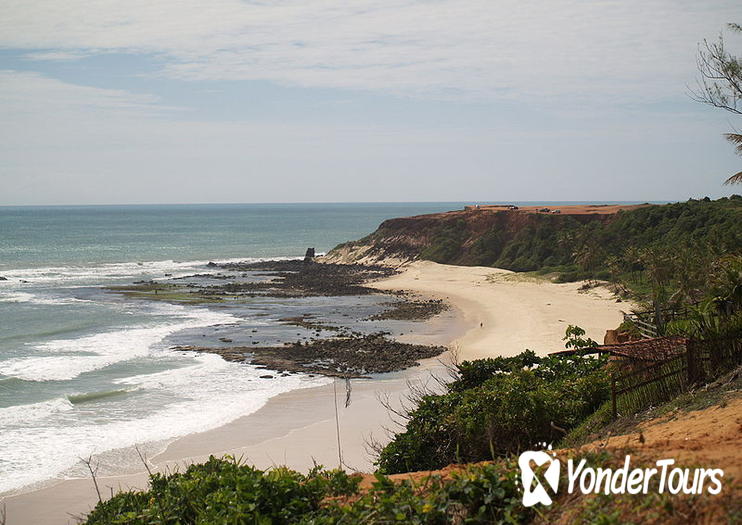 Considered to be one of Brazil's ten most beautiful beaches, Pipa Beach (Praia da Pipa) is in fact not one beach, but four beaches, that between them stretch for over 10km (6.2mi).

Backed by coconut palm plantations, sand dunes, cliffs and Atlantic forest, the beaches are spectacular, while the warm waters of the surrounding ocean attract native turtles and dolphins.

Pipa first became popular with surfers in the 80s and its fame spread, causing the little beach town of the same name to grow accordingly. Pipa town is now the place to party and traditional Brazilian music (as well as non-traditional!) is a nightly feature here. The town is also good for shopping.

Pipa is surrounded by natural beauty and there are plenty of adventure activities available here to help you experience it first-hand. If the string of shallow coral reefs that grace Natal’s gorgeous, sandy coastline could be called a necklace, then Maracajaú Reef is its biggest, most beautiful jewel.

Known as Parrachos de Maracajaú, (coral reef of Maracajau) this complex reef formation full of coral, iridescent fish and other marine life, covers over 3.5 acres (15 sq km) and is about 7km (4mi) offshore from Maracajaú beach.

It is possible to dive in the area but, if you time your visit with the low tide, its natural pools are shallow enough for some fabulous snorkelling – possibly Brazil’s best. Floating in the warm, clear water above a coral garden as dozens of fish dart around you is a memorable way to spend the afternoon.

Most people visit Maracajaú on a tour. A boat will take you from the beach out to the floating platforms  - a jumping off point to the reef but also a handy rest stop should you wish to come up for the occasional breather. 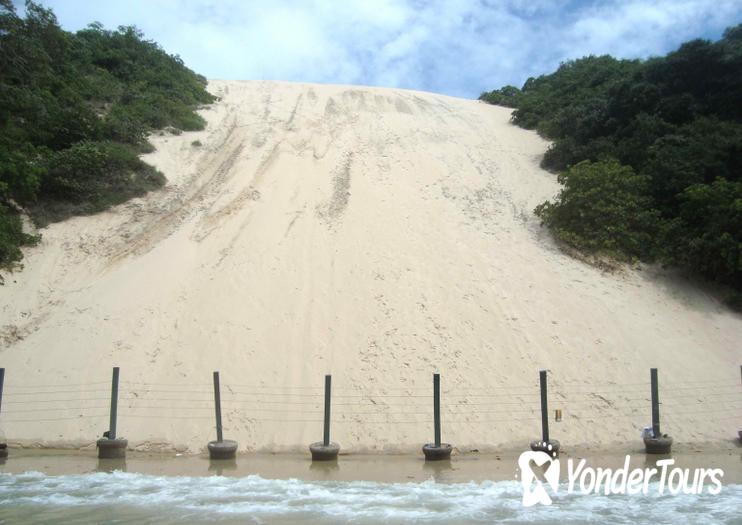 This large sand dune located in the center of the city of Natal has become the main symbol of the city and the state of Rio Grande do Norte. Pictures of Morro do Careca grace the front of most all Natal postcards.
Covered in part by lush green vegetation, it rises 120 meters from the ground below at the southern end of Ponta Negra beach"”one of Natal's most popular. Its combination of rich Atlantic forest and smooth sand surface gives it its name, due to a visual likeness to a bald head. Once a popular recreation spot for skibunda (sand boarding,) it is now prohibited to climb the hill for the natural preservation of the forest and for erosion prevention. Colorful Brazilian fishing boats called jangadas dot the coastline beneath it. Morro de Careca remains a iconic place for beach-goers and photos.

Morro do Careca is located at the southern end of Ponta Negra beach in the Ponta Negra neighborhood of Natal.
Address: Ponta Negra, Natal, Brazil
From $ 27 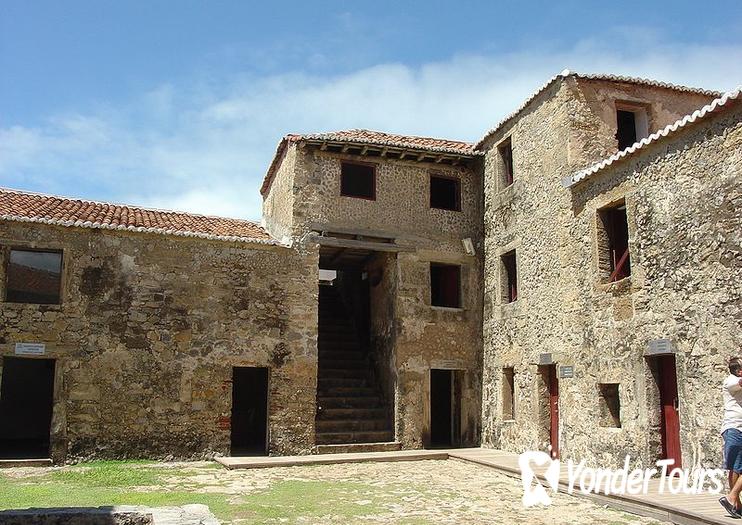 Star-shaped Forte de Reis Magos (Three Wise Men Fort) predates the founding of Natal by nearly two years. The Portuguese began building the fort on January 6, 1598, the same day they celebrated Epiphany, hence the name and shape of the fort.

Natal, named after the Portuguese word for "˜Christmas', was founded 23 months later on December 25, 1599.

Religious considerations aside, the decision to build the fort at the mouth of the Potengi River was purely a strategic one. Located on a sand bar that is covered at high-tide and positioned at Brazil's easternmost point, Forte de Reis Magos was ideally placed to defend the continent from European and African advances.

The whitewashed and turreted fort walls were built to last and inside you'll find a chapel, a well, cannons and soldiers' quarters. If you don't come for the history, come for the views "“ its prime location at the tip of the peninsula affords fantastic vistas across the city to the south and the surrounding sand dunes.

Forte de Reis Magos is north of Natal city, at the mouth of the Rio Potengi and at the very tip of the peninsula.

Catch a taxi to Av. Pres. Cafe Filho and walk up Av. Praia do Forte. 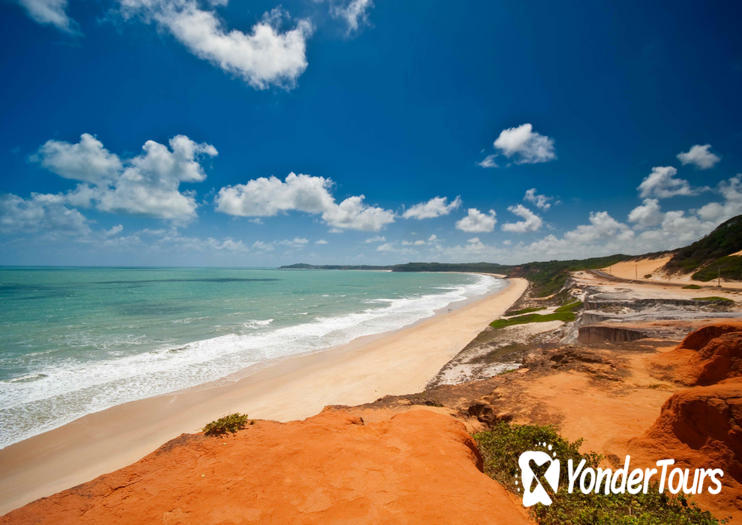 Of Brazil's many beaches, Cacimbinhas (Praia da Cacimbinhas) is known both for being a quieter beach "” accessed only by walking down a long staircase "”  and for its wind sports.  It's a popular place for both kitesurfing and paragliding.  The beach is framed by tall cliffs, which overlook the sprawling shoreline, turquoise waters, and reddish sand dunes below.
At almost 5 kilometers long, there are also expansive views of the coast between Tibau do Sul and Pipa.  Walking down to the beach area grants visitors a more private, secluded Brazilian beach experience.  Dolphins can be spotted in the waters off the coast. Others explore the Atlantic forest or the red sand dunes from which the beach gets its name.
With a lack of crowds, the remote beach is a favorite for those seeking calm.  Surfing and swimming are other popular activities, depending on conditions.

Cacimbinha Beach can be reached by walking along the sand from Praia de Madeiro or Tibau do Sul.  It is also possible to access the beach by walking down the staircase in front of the Pipa Privilege Hotel.  The stairs are open to the public, with no admission fee.
Address: Tibau do Sul, Brazil
From $ 32 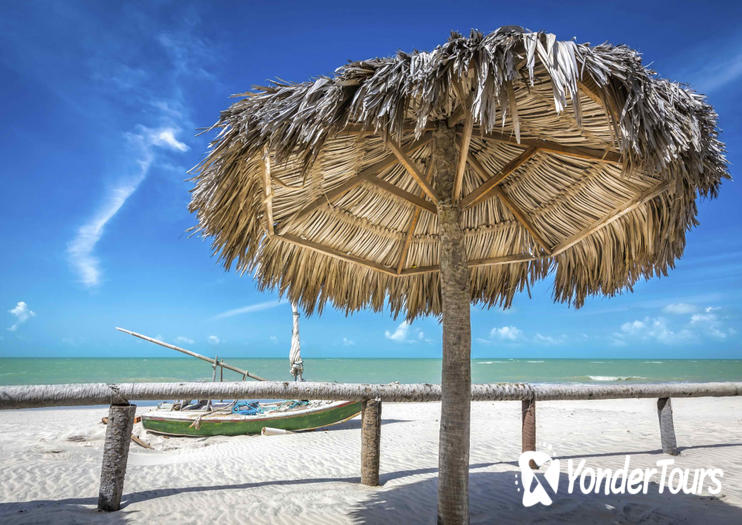 This long, white sand beach outside of Natal is divided into two parts by the Pirangi river, creating the areas Pirangi do Norte and Pirangi do Su. Its calm, turquoise waters make it popular for swimming and water sports like surfing and diving, so competitions often take place on the beach.
There are also clear natural pools located 500 meters from the coast. Boat trips to the swimming pools, as well as coral reefs and other beaches, run frequently, and it's best to visit the swimming pools at low tide. There is a long boardwalk that makes it fun and easy to explore the shoreline, while a side trip to the massive Pirangi Cashew Tree "” the largest of its kind in the world "” is a main draw to this area, so don't miss it! 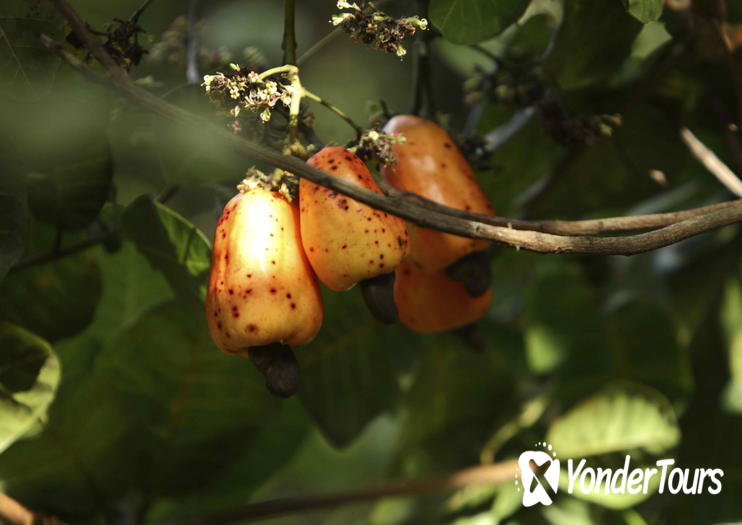 At first glance, it seems as if you're looking at an intricate forest"” but this massive network of branches is actually just one cashew tree whose circumference measures 500 yards, producing over 60,000 nuts per year. It holds the Guinness Book of World Records spot for the biggest cashew tree in the world.
Covering an area of nearly 8,000 square meters and roughly the size of 70 normal-sized cashew trees, it can be difficult to distinguish between the original tree trunk and the rest of the tree. The massive branches extend sideways and eventually also take root and continue to grow across the land around it. Though its exact origins are unknown, it is believed to have grown due to a genetic abnormality and is over 1,000 years old. If accompanied by a tour guide, visitors are allowed to pick cashews right from the tree. There is also a large observation deck 10 meters high that allows for a panoramic view of the tree.

The Pirangi Cashew Tree is located in the district of Pirangi do Norte, Parnamirin City, in Rio Grande do Norte, Brazil. It is accessible from nearby Pirangi Beach. Admission fees of R $4 cover the maintenance of the tree.
Address: Pirangi, Natal, Brazil
Admission: R $4
From $ 27