Things to Do in Rhode Island

Choose from 8 Fun Things to Do in Rhode Island 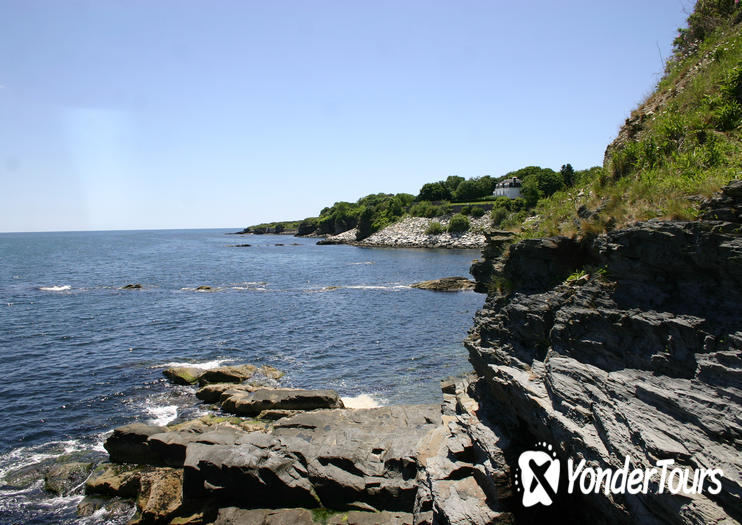 Rhode Island’s Newport Cliff Walk traces the perimeter of the southern edge of Newport town, high above the crashing surf of the Atlantic Ocean. The 3.5-mile (5.6-kilometer) public walkway fronts many of Newport’s famous Gilded Age mansions, such as Astor’s Beechwood, Rosecliff, Marble House, the Breakers, Ochre Coure, and Rough Point.
The Basics
The long and winding Newport Cliff Walk, a National Recreation Trail in a National Historic District, is a great way to see both the architecture and natural beauty of Newport in one experience. The walk is mostly paved—parts of the trail’s southern half are unpaved and ramble over the rocky shoreline—and offers better views of the Newport mansions than you can get by walking the town’s streets. There are photo-worthy vistas of the Atlantic Ocean and the surrounding shores too, and it’s a lovely place to watch dramatic seaside sunsets.
Things to Know Before You Go
How to Get There
The Newport Cliff Walk runs from the western end of Easton’s Beach (locals call it First Beach) to the eastern end of Bailey’s Beach. There are public access points at Ledge Road, Marine Avenue, Bellevue Avenue, Ruggles Avenue, Webster Street, Narragansett Avenue, and Sheppard Avenue. Upon completion of the walk, you can catch the trolley back to 1st Beach for a nominal fee.
When to Get There
The walk is open year-round and is more crowded in the summer, when the vacation crowds descend on Newport. Set out for an early-morning stroll or run, or catch the sunset when most people are in town for dinner. The unpaved southern sections of the walk can be treacherous in winter or on stormy days; proceed with extreme caution or not at all.
Photography on the Newport Cliff Walk
The vantage points and ocean views along the walk allow for some of the coast’s best photography. Professional photographers recommend getting to the area early in the morning or at the “golden hour” in the late afternoon.
Address: Newport, RI, USA
From $ 25 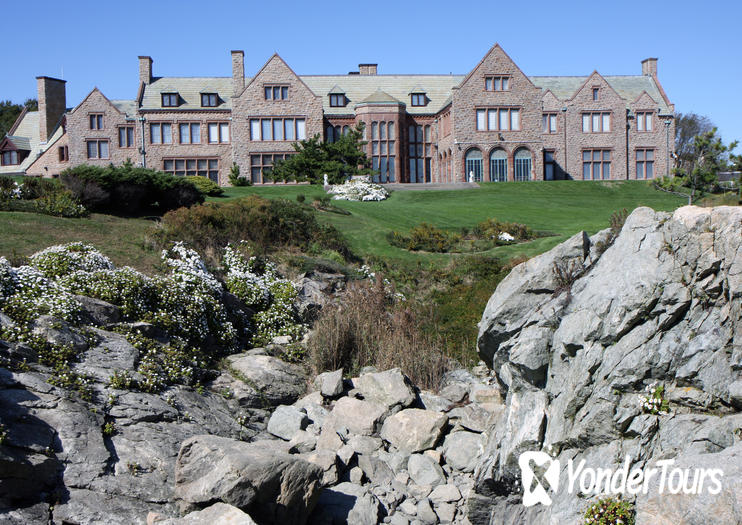 Traversing the center of Newport, Bellevue Avenue and its surrounding streets are home to some of the most exclusive properties in New England. The affluent area is mostly residential, and includes many of the Gilded Age summer “cottages” built by such iconic names as Vanderbilt and Astor. The homes were not just mansions; they were showcases for new and progressive architectural styles.

Along the mansion-lined avenue you can see the Isaac Bell House, The Elms, Marble House, and Kingscote. The Breakers, Newport’s signature mansion, is to the east on Ochre Point Avenue. Also here is the Newport Casino, home to the International Tennis Hall of Fame and the National Museum of American Illustration. 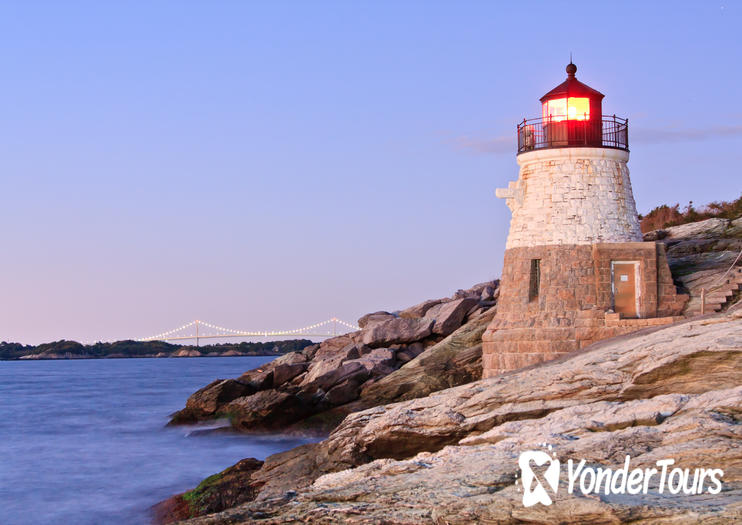 The breathtaking Rhode Island shoreline unfolds along Ocean Drive, a 10-mile (16-kilometer) scenic road along Newport’s southern coast. Points of interest include the New York Yacht Club, Fort Adams State Park, Hammersmith Farm (where President Kennedy had his wedding reception in 1953), Brenton Point State Park, and Gooseberry Beach.
The Basics
A drive along this stretch of road, also known as Ten Mile Drive, is a must for anyone visiting Newport. While most travelers explore the area by car, hopping in and out at the various points of interest along the way, it’s also possible to ride along the road aboard an open-sided trolley. Many of these tours also drive down Bellevue Avenue, giving passengers the chance to see Newport’s famous mansions as well. Visitors based in Boston can see the highlights of Newport, including Ocean Drive, on a day trip.
Things to Know Before You Go
How to Get There
The easiest place to start an exploration of Ten Mile Drive is from the southern terminus of Bellevue Avenue at the intersection of Ocean and Coggeshall avenues. The best way to explore the scenic road is by car.
When to Get There
Ocean Drive is spectacular no matter the season, though you’ll share the road with far fewer cars if you plan to visit between September and May. You can swim at some of the quiet beaches along the drive in August and September.
Brenton Point State Park
Set at the midpoint of Ocean Drive, this state park offers one of the best views on the East Coast. It’s a popular pullover spot for picnicking, hiking, and kite flying while soaking up the Atlantic Ocean views.
Address: Ocean Ave and Coggleshall Ave, Newport, RI, USA
From $ 25 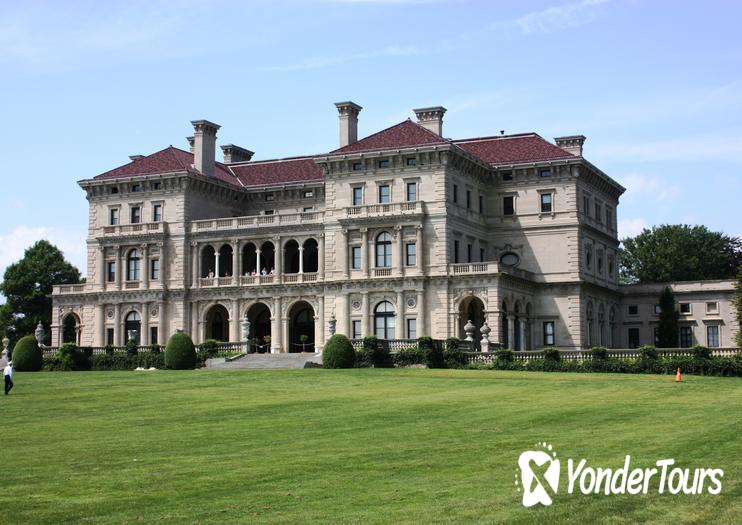 The Breakers, the crown jewel of the Newport mansions and the summer estate of Cornelius Vanderbilt II, is an architectural and social archetype of the Gilded Age. The 70-room, four-story structure was built in 1895 and designed by architect Richard Morris Hunt, who modeled it after 16th-century Italian Renaissance palaces.
The Basics
Vanderbilt, the grandson of railroad tycoon Commodore Vanderbilt, spared no expense in designing this lavish Gilded Age temple, installing a high entrance gate that weighs over seven tons; using gold leaf and rare marble; and bringing in painters from Europe to create mural-size baroque paintings. Inside, all the furnishings on view are original. Outside, open-air terraces give way to breathtaking ocean views. The Preservation Society of Newport County purchased the house in 1972, and today it is a National Historic Landmark, part of the Bellevue Avenue Historic District.
To visit the Breakers, you must arrange a tour through the Preservation Society of Newport County. Many Breakers tours are available, some departing from as far away as Boston and New Hampshire. Local tours of Newport include city sightseeing with admission to the Breakers and sometimes Marble House as well.
Things to Know Before You Go
How to Get There
The Breakers is located on Ochre Point Avenue in Newport, Rhode Island. About a half-mile west of the house is the Breakers Stable & Carriage House, which houses an exhibit on the New York Central Railroad.
When to Get There
The Breakers mansion is open year-round for tours and is busiest in the summer, when Newport plays host to vacationers from all over the East Coast and beyond.
Other Historic Newport Cottages
The Breakers is part of a group of historic cottages under the auspices of the Newport Preservation Society. Most of them are within walking distance of one another, and include Rosecliff, Marble House, the Elms, Chepstow, Hunter House, the Isaac Bell House, Chateau-sur-Mer, Kingscote, and the Green Animals Topiary Garden. Some excursions include admission and guided tours of some or all of the houses.
Address: 44 Ochre Point Ave, Newport, RI 02840, USA
Hours: Daily 9am - 5pm
Admission: Varies
From $ 38 Built as a summer residence, The Elms is one of almost a dozen properties cared for by Rhode Island's Preservation Society of Newport County. It was designed and constructed in 1901. Modeled after the mid-18th century French chateau d'Asnieres (c.1750) outside Paris, it cost the Berwind family approximately $1.4 million to build. (Calling both Philadelphia and New York home, Edward Berwind made his fortune in the coal industry.)  After the house was finished, elaborate gardens were planted in the early 1900s.
The house remained in the Berwind family until 1961. The Preservation Society of Newport County purchased The Elms in 1962 and opened it to the public. In 1996, it was designated a National Historic Landmark.

An audio tour is included with admission to The Elms. Plan on an hour and a half to explore the mansion and grounds. The operating schedule varies according to the season, and free off-street parking is available. Children are welcome at The Elms, but strollers are not permitted inside the mansion.
Address: 367 Bellevue Avenue, Newport, Rhode Island, USA
Hours: Vary
Admission: Varies
From $ 38 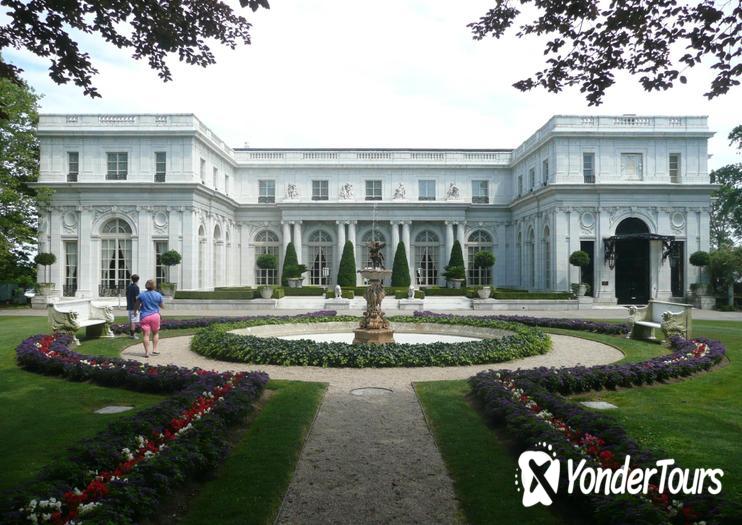 Set among the many mansions on Newport’s Bellevue Avenue, Rosecliff was often the setting of lavish parties, including an evening featuring famous magician Harry Houdini. But the property wasn’t always quite so grand. The story begins in the late 1880s when Nevada silver heiress Theresa Fair Oelrichs spent a summer in Newport and met her husband Hermann Oelrichs at Rosecliff. A year after they were married, the couple bought the mansion and additional property along Bellevue Avenue.
In 1899, the couple hired an architect and commissioned a home modeled after the Grand Trianon, the garden retreat of French kings at Versailles. It took three years to complete at a cost of $2.5 million. Rosecliff’s last private owners, Mr. and Mrs. J. Edgar Monroe of New Orleans, later donated the furnished home to The Preservation Society of Newport County in 1971.
If you find the estate looks amazingly familiar on your first visit, don’t be alarmed. Scenes from many movies, including The Great Gatsby, True Lies, Amistad and 27 Dresses, were shot here.

An audio tour is included with admission to Rosecliff. Plan for an hour and a half to explore the estate. The operating schedule at Rosecliff varies according to the season, and free off-street parking is available. Children are welcome, but strollers are not permitted inside the mansion.
Address: 584 Bellevue Avenue, Newport, Rhode Island, USA
Hours: Vary
Admission: Varie
From $ 28 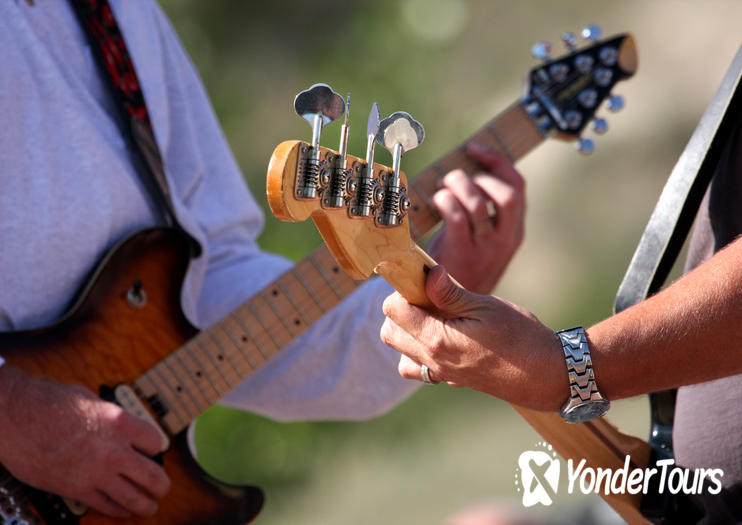 Fort Adams State Park is one of Newport’s most popular playgrounds. In summer, locals and visitors alike come to swim, fish, sail, play soccer, and picnic on its 105 acres, all against a panoramic backdrop of Newport Harbor and Narragansett Bay. The park is also the site of Fort Adams, a sprawling 1820s fort that you can see on a guided tour, and the Museum of Yachting, which is housed in 19th-century stone barracks.

In August, the park hosts the famous Newport Jazz Festival and Newport Folk Festival, both of which feature performances from up-and-coming artists to big names. On the southern end of park is Hammersmith Farm, the childhood home of Jacqueline Bouvier Kennedy Onassis; she and President Kennedy also hosted their wedding reception here.

Fort Adams State Park is located at the mouth of Newport Harbor, on the northern end of the peninsula east of Bellevue Avenue. For a scenic drive to the park, drive south on Bellevue Avenue to its southern end, then north to Ocean Avenue. Take Ocean Avenue west to Harrison Avenue. A right on Harrison Avenue takes you to the park.
Address: Fort Adams State Park, Newport, RI, USA
Hours: Daily Sunrise to Sunset
From $ 25 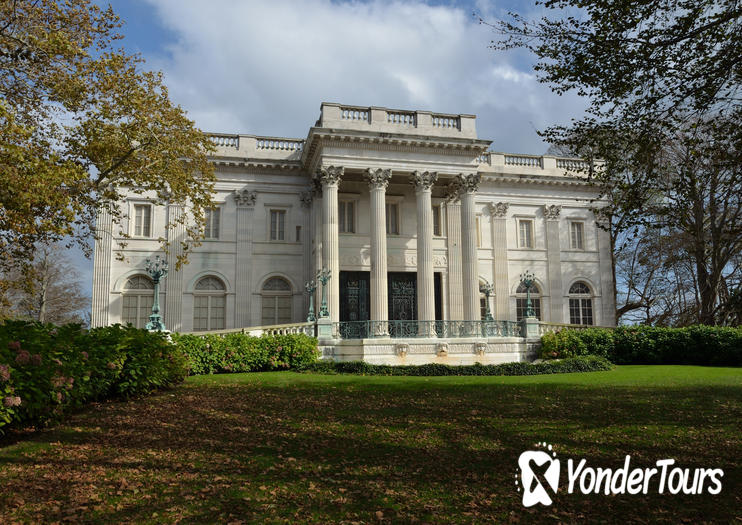 The 50-room Marble House, one of the first Beaux-Arts structures in the US, was built between 1888 and 1892 as the Gilded Age summer cottage for William and Alva Vanderbilt. Inspired by the Petit Trianon in Versailles, the $11 million mansion made mostly of marble became a National Historic Landmark in 2006.
The Basics
The Preservation Society of Newport County operates 11 Newport Mansions properties, including Marble House. A single house admission ticket to Marble House includes an audio tour, but you can also opt for a 2- or 5-house ticket, if you plan to visit other properties, including The Breakers, The Elms, or Rosecliff. Many guided Newport Mansions tours, including day trips from Boston, package entrance to both Marble House and The Breakers.
Things to Know Before You Go
How to Get There
While most visitors drive to Marble House and other Newport Mansions—there’s free off-street parking at all but Hunter House—it’s also possible to ride the Rhode Island Public Transit Authority trolley from the Newport Visitors Center. Most of the houses are within walking distance of each other.
When to Get There
Marble House is open daily throughout the year, though hours change depending on the season. Since Marble House kicked off the trend of building lavish mansions in Newport, it’s a good one to see first, if you’re planning to tour more than one historic property.
An Extravagant Birthday Present
William Vanderbilt, grandson of steamship and railroad tycoon Commodore Cornelius Vanderbilt, gave Marble House to his wife Alva as a gift for her 39th birthday. By 1895, the couple had divorced, and Alva moved down the street to Belcourt. Upon William’s death, she returned to Marble House before eventually selling it to Frederick H. Prince in 1932. In 1963, the house became the property of the Preservation Society.
Address: 596 Bellevue Ave, Newport, RI 02840, USA
Admission: Varies
From $ 38