Things to Do in Strahan

Choose from 3 Fun Things to Do in Strahan 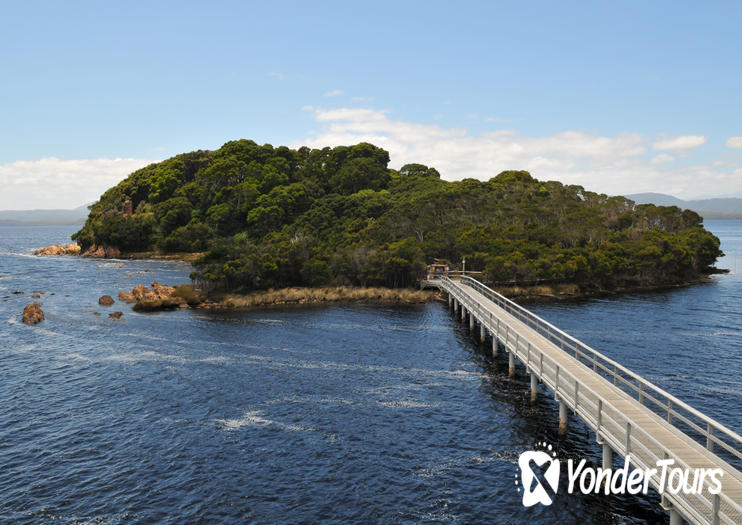 Modern Australia was famously founded by boatloads of British convicts, and Sarah Island off of western Tasmania was once reserved for the worst offenders. Isolated, wet and completely surrounded by the tempestuous Southern Ocean, not only is it Australia’s oldest penal colony, but the remote outpost was such a fearsome place to be sent that the mouth of the harbor leading out toward the island was simply known as “Hell’s Gate.” The penal colony was short-lived, however, only lasting from 1822 to 1833. During that time, convicts were enlisted for the backbreaking work of felling the surrounding pine trees, and there was a brief time when Sarah Island was the largest ship-building site in Australia.
Conditions on the island were horrendously bad, and prisoners were said to have favored execution over continued life here. Many tried to escape, and though most failed and met a miserable fate, a famous few were able to flee and live a life on the run. Today, all that remains of the penal colony are the ruins of the former quarters, and touring the island is one of the most popular activities for visitors staying in Strahan. Hear stories of scurvy, torture and the misery of solitary confinement, while also gaining insight into the formative years of the pioneering settlers of Tasmania. Oftentimes a visit to Sarah Island is combined with a Gordon River cruise, which provides a scenic and stark contrast of comforts compared to the historic island.

Tours to Sarah Island depart from Macquarie Harbor in the west coast town of Strahan, located 185 miles from the capital of Hobart. Private boats are available for hire, although most visitors choose to visit as part of a Gordon River cruise. The weather on the west coast of Tasmania can often be blustery and wet, and travelers should prepare for any weather even in the drier months of summer.
Address: Sarah Island, Macquarie Harbor, Tasmania, Australia
Hours: Daily
From $ 100 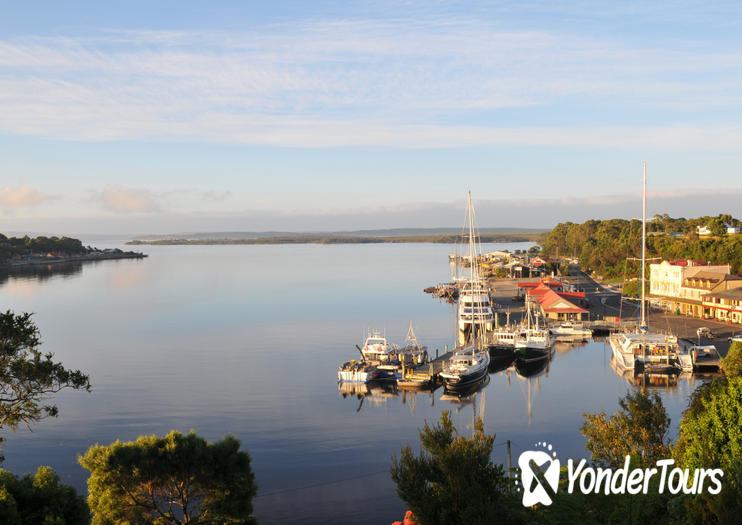 Three hours from Devonport, on the secluded west coast of Tasmania, the fishing village of Strahan is a unique holiday destination. A small community built along the banks of the King River, Strahan is an authentic and nostalgic place to indulge in river cruise and fishing trips, and experience the Tasmanian wilderness.

Founded in 1877, there is little to remind visitors of the village’s more sinister past - Strahan is the closest town to the infamous Sarah Island, regarded as the worst convict prison in Australia. The 200 metre opening to the nearby Macquarie Harbour was dubbed ‘Hell’s Gates’ by convicts who had survived the tumultuous journey.

The smell of salty sea air and fresh fish mingles with the earthy scent of pine on pleasant harbour breezes. The calls of sea birds and the lapping of water provide a relaxing ambience. Fishing is, obviously, a popular local past time and a relatively easy skill to learn. Simply wandering around the edge of the bay can be an exercise in meditative, slow paced tourism.

Today, Strahan is a relatively untapped mecca for tourists wishing to take in the local area. Small shops and businesses dot the town’s harbour. Locals are friendly and unpretentious. Seafood is cheap and fresh, and activities of all sorts are available, including kayaking, jet boating, and all-terrain sand dune driving. Boat cruises along the Gordon River give travellers access to World Heritage Area wilderness, allowing them to travel through one of the last pristine temperate rainforests in the world, and showing off this truly unique part of Australia.
Address: Strahan, TAS, Australia
From $ 74 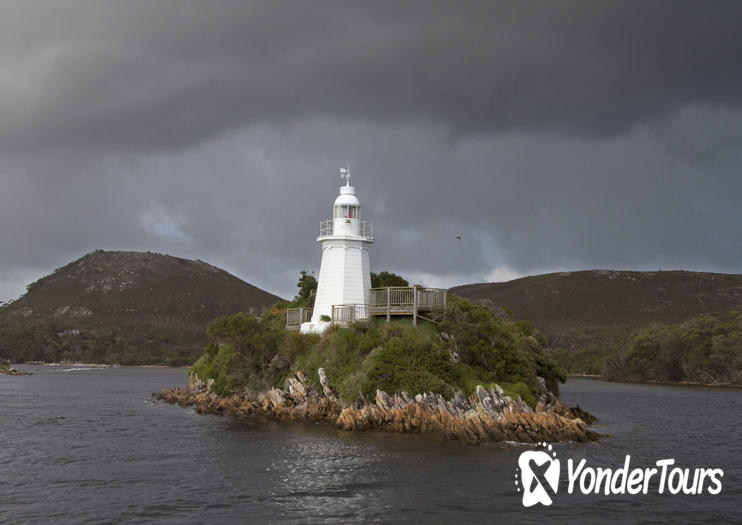 Tiny Bonnet Island sits at the mouth of Macquarie Harbour in Tasmania. Having just been opened to tourists since 2009, it’s a still a relatively undiscovered location that once served as a tiny, remote outpost, home to resilient lighthouse keepers and their families. The lighthouse that sits on its shore was once integral to ensuring the safety of ships into the harbour.
However, the island was still the site of many shipwrecks, relics of which can be seen today. In addition to those ruins, there is also an abundance of wildlife. Cruises to the island run regularly and serve as the only way of public access. A colony of little penguins (the world’s smallest) has made its home here, and short-tailed shearwaters are also regularly seen on Bonnet Island during their migration.

Bonnet Island sits in the narrow mouth of Macquarie Harbour. It is currently only accessible by tours that focus on the wildlife and teach visitors about the history of the island. Tours run from the town of Strahan on the East Coast, approximately 185 miles (300 km), or a four-hour drive, from Hobart.
Address: Macquarie Harbour, Strahan, Tasmania, Australia
From $ 74