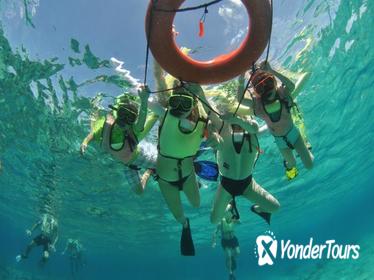 $ 69
2 Hours Snorkeling Hotel Pickup Offered Free Cancellation
Snorkel at one of the world's largest protected reefs off Grand Turk on a 2-hour adventure tour. After a morning or afternoon pickup, visit a shallow reef to practice your snorkel skills with provided equipment. Then cruise to 'the wall,' a legendary snorkel spot on the island's western edge where the reef takes a dramatic drop. Follow your guide's fins - and instructions - to dive to your skill level, and admire the Caribbean's colorful coral and marine life.
View Tour 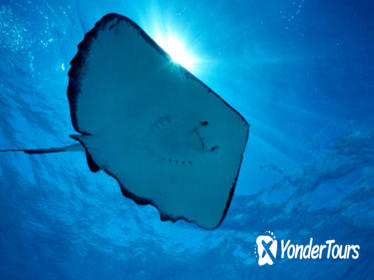 $ 69
2 Hours Snorkeling Free Cancellation
Cruise by catamaran to Gibbs Cay for a stingray and snorkel adventure. This 2-hour trip includes pickup and drop-off from Grand Turk plus a cruise around the clear blue waters of Turks and Caicos' Land and Sea National Park. Enjoy stops along the barrier reef to snorkel among vibrant sea life, and wade in the shallow waters of Gibbs Cay for to observe stingrays alongside a guide.
View Tour 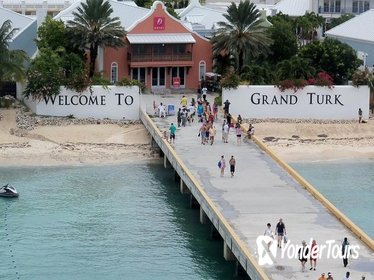 $ 20
1 to 3 Hours Audio Guided Tours
Take an audio tour of Grand Turk, which allows you to travel at your own pace and pause the recording whenever you like to explore further. The MP3 audio guide comes with a detailed map and usually takes between one and three hours. Highlights include the Town Salina, the Odd Felows Lodge, the Donald H. Keith Science Museum, and other Grand Turk landmarks.
View Tour