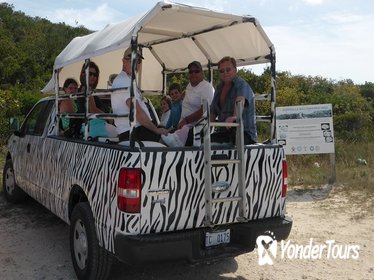 $ 100
4 Hours Half-day Tours Hotel Pickup Offered Free Cancellation
See Providenciales in the evening light on this sunset safari-style tour. After convenient hotel pickup, you can enjoy the scenery instead of puzzling over directions and navigation on the way to Sapodila Beach, where you can swim and explore with guided commentary. Learn much more about the island's history and culture than you would simply exploring on your own through your guide's commentary. After a seafood platter at Da Conch Shack, head back to your hotel for easy drop-off.
View Tour