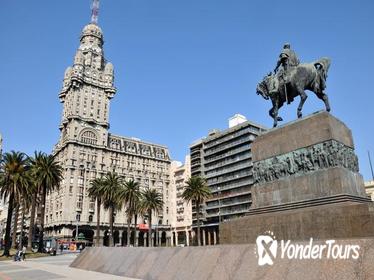 $ 47
6 Hours Ports of Call Tours
See the top attractions of Montevideo on a private shore excursion with your very own guide. You'll visit several coastal barrios, stroll the Rambla of Montevideo -  a coastal esplanade - and view historic landmarks in the capital such as Independence Plaza, Constitution Square and Parliament Palace. Along the way, learn about Montevideo history, architecture and culture. Opt to extend your half-day excursion with a winemaking tour at a local vineyard and a tasting of Uruguay's award-winning tannat wine.
View Tour