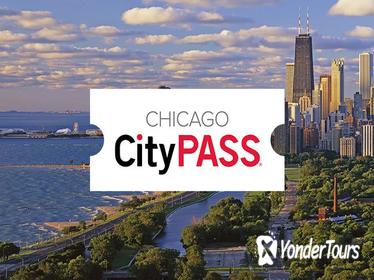 $ 106
No scheduled Sightseeing Passes Free Cancellation
Get the most out of your trip to Chicago as you enjoy discount access to five of the city's top attractions with the CityPASS. This easy-to-carry booklet grants you free entry into top-tier sights including the Shedd Aquarium, Field Museum, Art Institute of Chicago, Adler Planetarium, Skydeck Chicago, Museum of Science and Industry and 360 Chicago (John Hancock Observatory). Plus enjoy a wealth of useful Chicago tips and savings at a variety of other venues and retailers.
View Tour 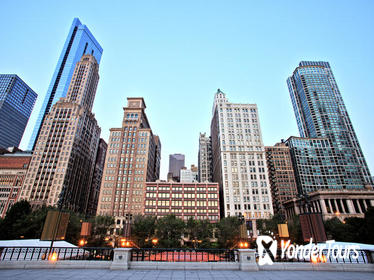 $ 50
4 Hours Bus & Minivan Tours Free Cancellation
Get the perfect introduction to the wealth of sights in the Windy City during this 4-hour Chicago day tour. Discover the many landmarks spanning both the city's North Side and South Side, enjoying a scenic ride along Lake Michigan on Chicago's Outer Drive along the way. You'll also have the chance to admire the city's Washington and Grant Parks, explore inside the Lincoln Park Conservatory, see Adler Planetarium and visit the iconic Wrigley Building. This Chicago in a half day tour also includes transport between all sites and tour narration.
View Tour 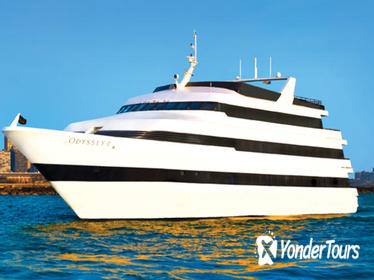 $ 77
2 Hours Lunch Cruises
Board a luxurious yacht at Navy Pier for a 2-hour lunch cruise along Chicago's scenic shoreline. Enjoy a three-course gourmet meal as you take in views of the Windy City from a climate-controlled observation deck, then sip coffee or tea while the yacht's onboard DJ spins a leisurely afternoon playlist.
View Tour 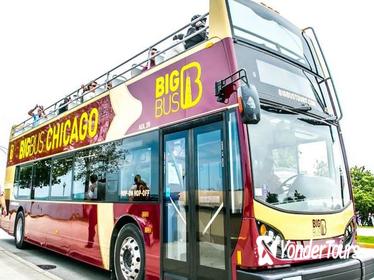 $ 40
8 Hours Hop-on Hop-off Tours Free Cancellation
Don't spend time figuring out what to see in Chicago and how to get there - this hop-on hop-off tour provides a mapped-out itinerary of the city's top sights. With 14 strategically located stops, the tour allows you to explore the Windy City at your own pace. See the world-class Art Institute and landmark skyscrapers, while live commentary on board gives you insight into the city's colorful history. Don't forget to snap a selfie in front of the shiny steel bean in Millennium Park!
View Tour 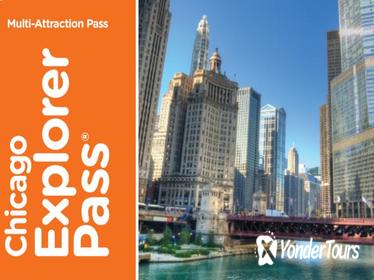 $ 79
1 Day Sightseeing Passes
This is the easiest and most affordable way to explore some of Chicago's top attractions at your own pace. The Chicago Explorer Pass, valid for 30 days after first use, provides admission to your choice of three, four or five attractions, tours or activities that will save you up to 42 percent on regular ticket prices. Create your own sightseeing itinerary by choosing from among over 25 top sites and things to do, including Lincoln Park Zoo, Navy Pier and and LEGOLAND Discovery Center.
View Tour 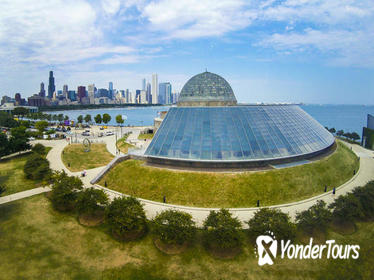 $ 35
3 Hours Museum Tickets & Passes Free Cancellation
Explore the outer reaches of the universe with this admission ticket to Chicago's Adler Planetarium, the first planetarium in the United States. Learn about space at the most advanced and oldest planetarium in existence today, with a plethora of shows and exhibits to delight visitors of all ages. Discover must-see shows like Cosmic Wonder, Destination Solar System and Skywatch Live and exhibits like Mission Moon, Our Solar System and the Universe: A Walk Through Space and Time. Admission includes choice of two Sky Shows and tour of historic Atwood Sphere.
View Tour 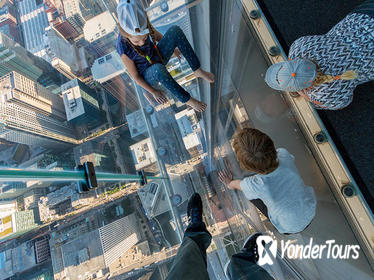 $ 124
6 Hours Free Cancellation
See Chicago from several angles, including the 103rd floor of Willis (Sears) Tower, where you have early access to the Skydeck. This Viator VIP package "” available nowhere else "” provides a crowd-free morning overlooking city landmarks from glass-enclosed balconies. Follow up your vista with a 2-hour narrated trolley tour past Grant Park, the John Hancock Center, the Wrigley Building and more. Finish with an afternoon cruise on the Chicago River and enjoy a complimentary drink as you discover the city's distinctive skyscrapers from an architecture-savvy guide.
View Tour 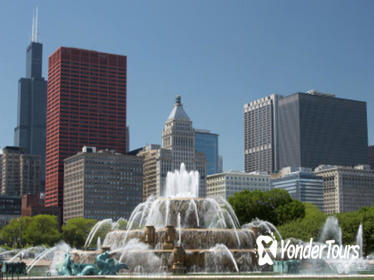 Best of Chicago Tour Including a Deep-Dish Pizza

$ 72
5 Hours 30 Minutes Bus & Minivan Tours Free Cancellation
Tour Chicago's sights aboard a luxury coach and enjoy some Chicago-style deep-dish pizza on this 5.5-hour guided tour. Visit sites like the Hancock Tower, the Lincoln Park Conservatory and the Loop. Pass through neighborhoods such as Wrigleyville, Lincoln Park and Gold Coast. Top off your tour with a visit to one of Chicago's most popular pizza restaurants to sample the famous Chicago-style deep dish pizza.
View Tour 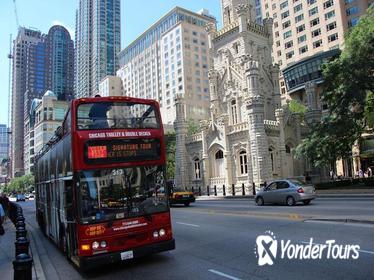 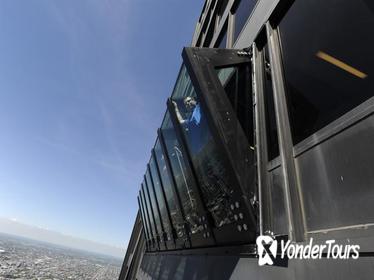 $ 65
4 Hours Bus & Minivan Tours Free Cancellation
This Chicago grand tour covers four hours of sightseeing with admission to 360 Chicago (John Hancock Observatory). Get oriented to the Windy City on a coach tour that takes you along a scenic route on Lake Shore Drive, and past North Side and South Side highlights including Museum Campus, Lincoln Park, Washington Park, Grant Park and Wrigley Field. Finish on the 94th floor of the Hancock Center, one of Chicago's tallest landmarks, for panoramic views of the Magnificent Mile from the open-air observation deck.
View Tour 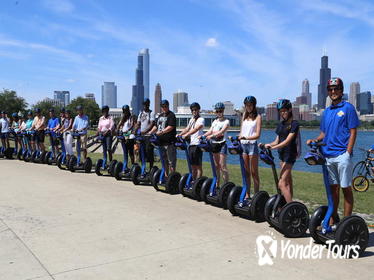 $ 75
2 Hours 30 Minutes Segway Tours Free Cancellation
Experience Chicago like never before on this guided, 2.5-hour, small-group Segway tour. Visit popular Grant Park and see famous Buckingham Fountain, with the Windy City skyline as the backdrop. Glide along the lakefront, taking in views of the Field Museum of Natural History, Shedd Aquarium, Soldier Field, Adler Planetarium and Michigan Avenue. Guided Segway training plus the use of a helmet are included. Dress in weather-appropriate clothes with flat, closed-toe shoes.
View Tour 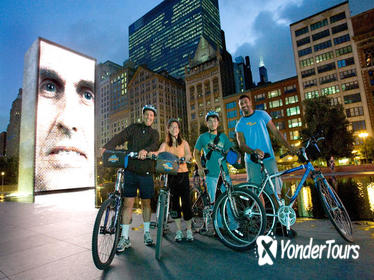 Bikes at Night Ride in Chicago

$ 42
2 Hours 30 Minutes Bike & Mountain Bike Tours Free Cancellation
Ride a bicycle through Chicago's Museum Campus and take in the city sights during a 2.5-hour nighttime ride. View illuminated attractions and pedal along pathways to Buckingham Fountain to see its feast of lights. Finish your guided bike tour at Navy Pier and watch its legendary fireworks display reflected on Lake Michigan and the city skyline. Number of participants is limited to ensure a small-group experience.
View Tour 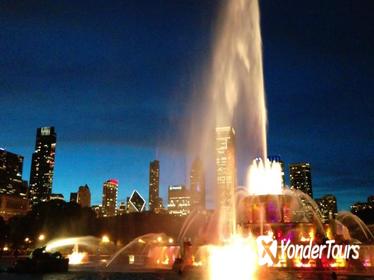 $ 75
2 Hours 30 Minutes Segway Tours Free Cancellation
Spend an evening in Chicago on a Segway tour along the lakefront and through the city's popular parks. You'll enjoy views of the Chicago skyline as you glide from Millennium Park past landmarks such as Shedd Aquarium, the Buckingham Fountain, and Museum Campus.
View Tour 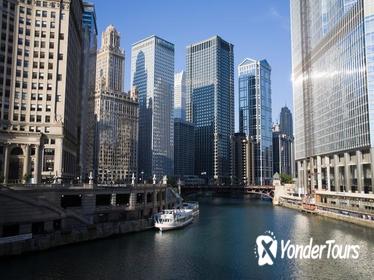 $ 74
4 Hours City Tours Free Cancellation
See Chicago from a new perspective during this 4-hour combined bus and boat excursion covering some of the city's most iconic sights. First discover Windy City landmarks such as the skyscrapers of the Loop, Grant Park, Shedd Aquarium, Soldier Field and the former stomping grounds of President Obama during a narrated coach tour. Then take a Chicago cruise aboard your state-of-the-art yacht, enjoying a cruise of the Chicago River that provides a unique look at the city's architecture from the water. This half-day Chicago exploration also includes hotel pickup.
View Tour