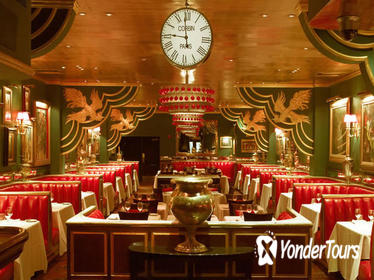 $ 68
2 Hours Dining Experiences Free Cancellation
Immerse yourself in the Old World elegance of 1920s St Petersburg with a meal at New York City's Russian Tea Room. This elegant establishment is beloved by movers and shakers of Manhattan for its luxurious Imperial decor and excellent Russian-inspired fare. Enjoy a memorable three-course lunch or dinner in the opulent Midtown dining room "” ideally located for a preshow mean before heading to Carnegie Hall or the Lincoln Center.
View Tour 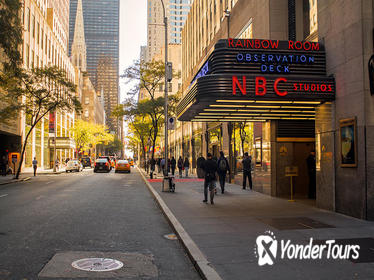 $ 84
3 Hours Movie & TV Tours Free Cancellation
Go behind the scenes of one of America's top television studios with this memorable tour that showcases the best of NBC. The interactive experience puts travelers right in touch with the action and includes hands-on options that are perfect for visitors of all ages. Check out the sets of Saturday Night Live and the Today Show. Film your own TV segment, which you'll be emailed to show friends back at home. Learn about the business of producing some of the nation's top programming and see iconic landmarks like Radio City Music Hall as part of this incredible tour.
View Tour 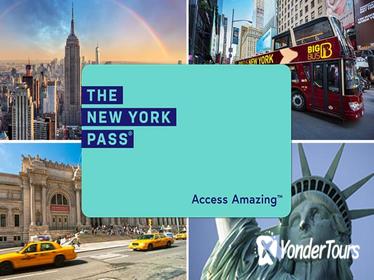 $ 119
No scheduled Sightseeing Passes
Simplify your trip to the Big Apple, save money, and gain fast track access to many attractions by purchasing The New York Pass. Choose between convenient 1-, 2-, 3-, 4-, 5-, 6-, and 7-day pass options, granting access to more than 90 top NYC attractions like the Whitney Museum, Empire State Building Observation Deck, 9/11 Memorial and Museum, and more. With special skip-the-line access at many sites, and unlimited entry at included attractions, the benefits add up fast.
View Tour

$ 69
1 Hour 15 Minutes Bus & Minivan Tours
Get an interactive experience of New York City with THE RIDE, a dynamic entertainment experience where the streets of NYC are the stage. You will see Midtown Manhattan through dazzling interactive shows. The 75-minute tour includes Broadway-caliber actors and amazing tales of New York City's history. This is the best way to experience the city.Now through January 6, 2019 enjoy THE RIDE: Holiday Edition. See the city during everyone's favorite time of year aboard the world's only moving theatre as you are treated to surprise performances and winter sparkle.
View Tour