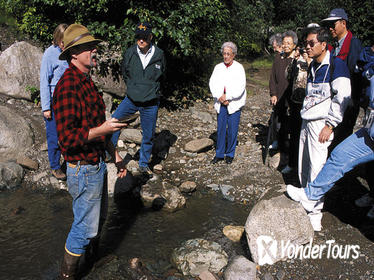 $ 72
1 Hour 30 Minutes Ports of Call Tours
While your ship is docked in Juneau, pan for gold at Gold Creek and Last Chance Basin on a 90-minute shore excursion. Enjoy a brief city tour of Juneau and then travel to a remote section along Gold Creek. A guide dressed in 19th-century attire gives you insight into the Alaskan Gold Rush. See where thousands journeyed to during the Gold Rush in search of the precious metal. Learn how to pan in the creek or cull through the waters in the demonstration trough. Round-trip port transport included.
View Tour 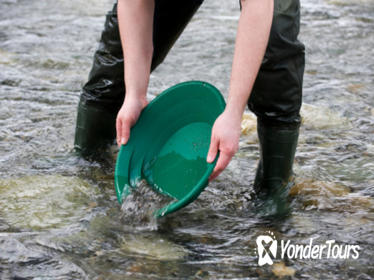 $ 100
No scheduled Dining Experiences Hotel Pickup Offered
Pan for gold, keep everything you find and dig into an Alaskan salmon bake on this adventure from Juneau. At Gold Creek and Last Chance Basin, learn how to sift for the precious metal. Once you've made your fortune, warm up by a campfire for a buffet and roasted marshmallows. Watch a Tlingit Master Carver at work on totem poles and silver, visit Salmon Creek waterfall and enjoy a short tour of Juneau. Hotel transport included.
View Tour