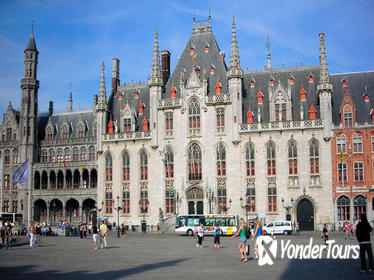 Private Medieval Tour With a Local Guide in Bruges

$ 21
1 to 2 Hours Historical & Heritage Tours
Learn about the vagabonds, heroes, and myths that belong to Bruges on a 2-hour private walking tour of the medieval center. With a guide just for you and your group, the tour has a flexible itinerary that can be tailored to the sights you want to see. Hear stories about the Burg and Minnewater Park, and finish by the historic almshouse of Begijnhof.
View Tour 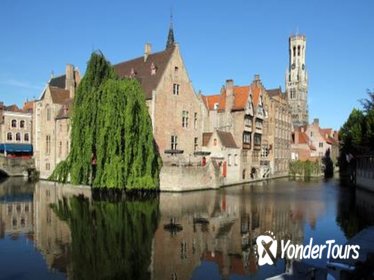 $ 45
9 Hours Day Trips Free Cancellation
Transport yourself back in time and discover the jewels of Belgium's architectural crown on a full-day Bruges city tour from Brussels. Accompanied by a knowledgeable guide, stroll the quaint cobbled streets that surround Minnewater (Lake of Love); absorb the sacred splendor of Our Lady's Church; and admire the medieval splendor of Market Square. Gain fascinating insight into Bruges' rich historical heritage and enjoy some leisurely free time to purchase special souvenirs in the UNESCO World Heritage-listed city. Enjoy the convenience of round-trip transportation from Brussels on this enriching tour.
View Tour