$ 75
4 Hours Walking Tours Free Cancellation
Unravel the complex mysteries and enigmatic secrets of Brussels on a half-day walking tour of the Belgian capital. Accompanied by a knowledgeable guide, learn of the secret societies and Illuminati associations throughout the city and visit ancient churches shrouded in legend. Stroll the iconic center of Grand Place to hear intriguing tales of its history and then revitalize with a drink in the bar said to have inspired renowned artist, Magritte.
View Tour 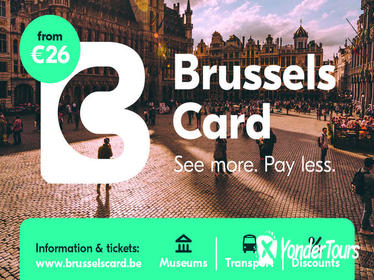