Church of the Nativity Tours and Tickets

$ 117
12 Hours Full-day Tours Free Cancellation
Tick off more of the West Bank's and Palestine's iconic sites in less time on this 12-hour tour from Tel Aviv. Ideal for first-time visitors, this excursion covers the Jordan River Baptismal Site (Yardenit), the ancient city of Jericho, and Bethlehem, the birthplace of Jesus. See, too, Ramallah, the administrative center of the Palestine authority. Lunch is included on this small-group tour, which is limited to 10 people and requires a valid passport.
View Tour 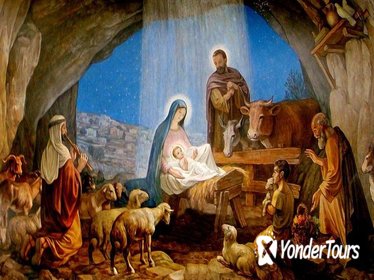 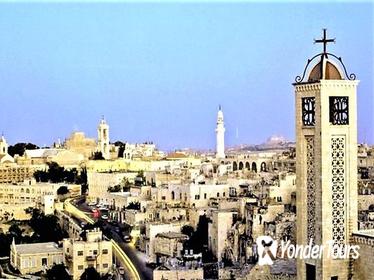 $ 565
6 Hours Christian Tours Hotel Pickup Offered Free Cancellation
Learn about Christian history with a guide on this private tour of Jerusalem and Bethlehem. Depart from your hotel and make your way the Church of the Holy Sepulchre. Visit the Chapel of Saint Helena and learn about its significance. Continue on to Bethlehem and stop at the Church of the Nativity at Manger Square. On the way back to Jerusalem, enjoy a break at a lookout point and snap photos.
View Tour 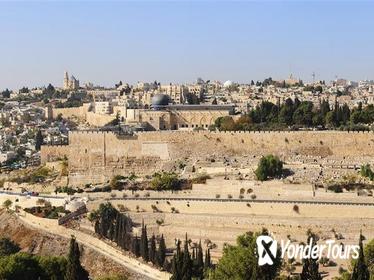 $ 2,429
9 Days Multi-day Tours Hotel Pickup Offered
Cover highlights of three countries on a 8-night tour of Israel, Jordan, and Egypt that takes care of travel logistics so you can focus on exploring fascinating ancient sites. Destinations include Nazareth, Jerusalem, Bethlehem, Petra, Wadi Rum, Cairo, and more, and the tour includes two internal flights to cut down on long drive times and save time for sightseeing.
View Tour 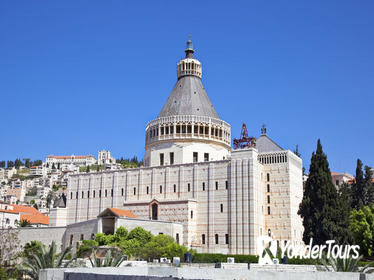 $ 660
4 Days Multi-day Tours Hotel Pickup Offered
Visit Israel's iconic Christian and Jewish sites on this comprehensive 4-day tour of the Holy Lands. With an informative guide, gain valuable insight into the most notable places in Jerusalem, Jericho, Bethlehem, Nazareth and Lower Galilee. Experience firsthand some of the most sacred spots in the world, like the sites of Jesus' birth, baptism and crucifixion; the Western (Wailing) Wall, the holiest of Jewish sites; Temple Mount and the Dome of the Rock; and so much more. Three nights of accommodations, transportation and some meals are included on this tour.
View Tour 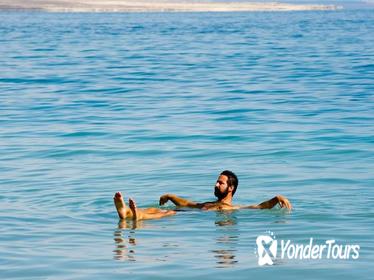 $ 89
1 Day Day Trips Free Cancellation
Visit four of Israel's ancient sites on a full-day tour from Jerusalem to Bethlehem, Jericho, Qumran, and the Dead Sea. Explore Biblical history and the site where the Dead Sea scrolls were discovered (optional), then visit a private beach on the Dead Sea to enjoy hyper-saline water and mineral-rich mud. This tour includes transport from Jerusalem in an air-conditioned minivan.
View Tour 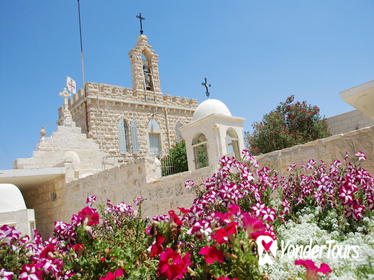 $ 55
4 Hours 30 Minutes Cultural Tours Free Cancellation
Travel from Jerusalem to Bethlehem in an air-conditioned shuttle on this guided, half-day tour. Visit the birthplace of Jesus and one of the world's oldest churches, the Church of the Nativity. See the Grotto of Lady Mary, also called the Milk Grotto, where it is believed Mary, Joseph and Jesus sought refuge from King Herod before fleeing to Egypt. Learn about the ancient city's landmarks and history from your guide.
View Tour 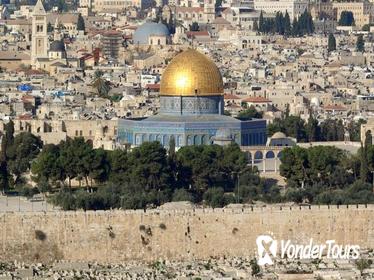 $ 675
8 Hours Day Trips
Explore Jerusalem and Bethlehem on a flexible, private, full-day tour. See Manger Square, Bethlehem's Old City and tour the Church of the Nativity with a local guide. Then take a scenic walking out of Jerusalem and see panoramic views form various roof-tops in the city. See major sights like the Mount of Olives, Dominus Flevit and Getsemaneh churches, and Jerusalem's Old City including the Temple Mount, the Western Wall, and the Holy Sepulcher.
View Tour 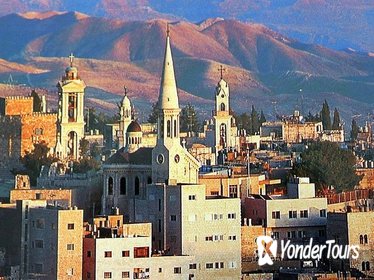 $ 180
8 Hours Cultural Tours Hotel Pickup Offered Free Cancellation
Visiting Jerusalem and Bethlehem from Tel Aviv is tricky without a car. Travel to both with ease on this full-day tour in an air-conditioned minivan. Accompanied by a guide, head from Tel Aviv to Jerusalem and learn about Jaffa Gate, the Church of the Holy Sepulchre, the Via Dolorosa, the Western Wall, and more. Cross into Bethlehem and explore Manger Square and the Nativity Church.
View Tour