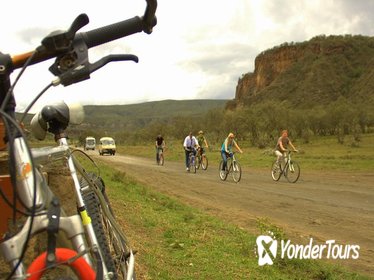 $ 230
1 Day Day Trips Hotel Pickup Offered Free Cancellation
Hell's Gate is one of only two Kenyan national parks in which you are free to leave your vehicle and explore the park on foot. The park is home a variety of wildlife, unusual plant life, and over 130 species of birds.
View Tour 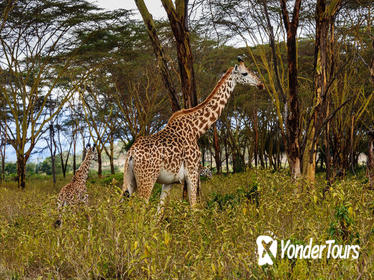 $ 160
10 Hours Day Trips
This Hell's Gate National Park walking tour with Elsamere Conservation Park Visit form Nairobi showcases some of the best of Kenya's natural wonder with easy access from it's largest city. You'll experience the beauty of African wildlife as your wander Hell's Gate National Park on foot and get a unique look at zebra, indigenous birds and graceful gazelles in their natural habitat. From there, you'll tour Elsamere Conservation Center - a big cat orphanage stationed on the shores of Lake Naivasha - and learn about efforts to protect and preserve some of the nation's most prized animals.
View Tour 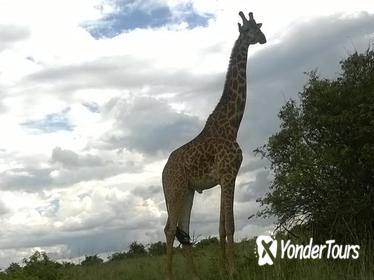 $ 113
9 Hours Day Trips Hotel Pickup Offered Free Cancellation
Ride a bike and hike through Hell's Gate National Park on a full-day, private tour from Nairobi to the wildlife reserve and Lake Naivasha that includes entrance fees, bikes, and round trip-transport from Nairobi. This customizable tour offers the rare chance to see wildlife outside of a safari vehicle while exploring a scenic part of the Great Rift Valley.
View Tour 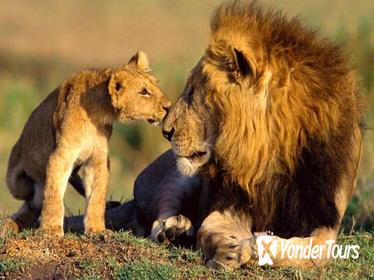 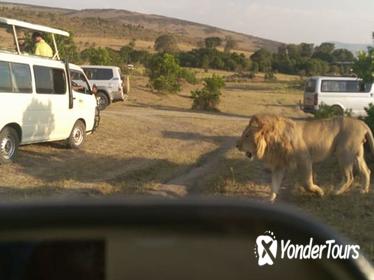 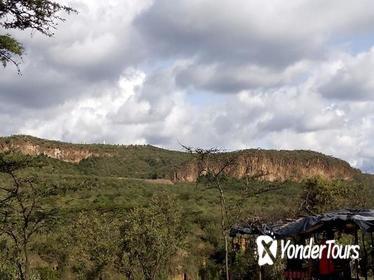 $ 254
No scheduled Day Trips Hotel Pickup Offered Free Cancellation
Visit a fascinating part of the Great Rift Valley on a full-day tour to Hell's Gate National Park, where you'll be free to leave the safari vehicle behind and explore the landscape on foot. Watch for some of Hell's Gate's more than 100 species of birds, and set out on a game drive in search of zebra herds, buffalo, gazelle, and more. After lunch, learn the story of 'Born Free' at the Elsamere Conservation Centre, located on a peaceful estate at the edge of Lake Naivasha.
View Tour 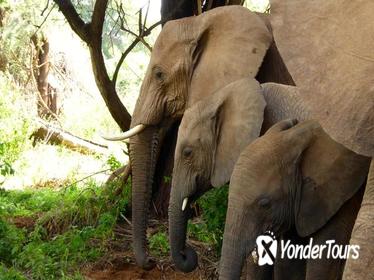 $ 3,500
10 Days Multi-day Tours Hotel Pickup Offered
Combine luxury and personalized attention with sightings of Africa's Big Five on this private 10-day safari in Kenya. Putting together at trip like this on your own would be difficult and time-consuming, but this tour does all the work for you and arranges all the details in advance. Stops include Ambosei National Park, Lake Naivasha National Park, the Masai Mara National Reserve, Lake Nakuru National Park and the Samburu National Reserve. Visiting all of these parks on a single trip with a private guide gives you the best chance of tons of animal sightings.
View Tour 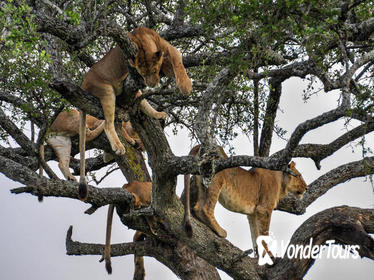 $ 5,250
12 Days Multi-day Tours Hotel Pickup Offered
Discover the best of Kenya and Tanzania on this comprehensive 12-day tour. Visit key wildlife spots like Lake Nakuru, Masai Mara, Serengeti National Park, Ngorongoro Crater, and much more with an experienced guide to scout for animals. This is an all-inclusive tour aimed at guests who want a well-rounded cultural experience alongside their game safaris during their time in Kenya and Tanzania.
View Tour 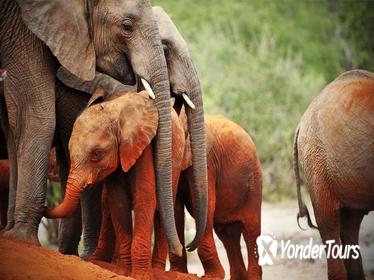 $ 2,850
8 Days Multi-day Tours Hotel Pickup Offered
Tour Kenya on this exciting Safari, see Big 5 at Amboseli National Park, Lake Naivasha, Lake Nakuru, and Maasai Mara National Reserve. This easy paced and well-staggered safari package adequately caters for families and seniors. From Amboseli to Maasai Mara, this safari will give you the chance to experience the wilderness in a relaxing yet adventurous manner. Accommodation in Luxury Tented Camps and Lodges.
View Tour 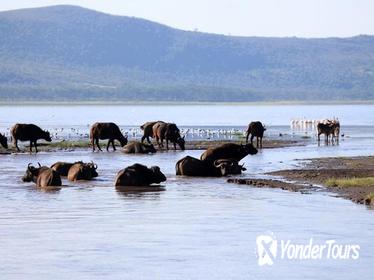 $ 295
2 Days Multi-day Tours Hotel Pickup Offered
This private 2-day trip to Lake Nakuru, Hells Gate and Lake Naivasha is the perfect quick getaway from Nairobi. Not only do you see animals like birds and hippos on morning and afternoon game drives, but you also get to take a cycling tour of the park and go on a boat ride in Lake Naivasha. Overnight accommodation, activities, and transportation are already booked and paid for so you can enjoy the perfect getaway with minimal planning.
View Tour 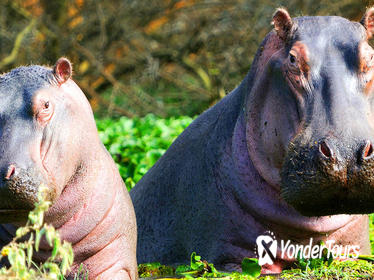 $ 360
2 Days Multi-day Tours Hotel Pickup Offered
This is a 2days private tour to Lake Naivasha National Park, Hell's Gate and Crescent Island.  Lake Naivasha is a picnic and camping spot and a bird watcher's paradise. During your safari, you will have a chance to visit Hell's Gate National Park which has over 100 species of birds including vultures, Verreaux's Eagles, augur buzzard, and swifts.  African buffalo, zebra, eland, hartebeest, Thomson's gazelle, and baboons are also common.  You will travel with an experienced tour driver/ guide in a private safari vehicle and stay in a camp on Full Board. You will also visit Crescent Island Game Park a peninsular and is accessible by boat from East or West as well as by road for guided walk amongst animals. Crescent Island has an abundance of animals including Giraffe, Hippopotamus, Buffalo, Waterbuck, Wildebeest, Zebra,Impala, Python, Mongoose, Jackal etc.
View Tour 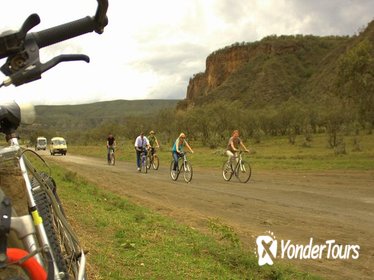 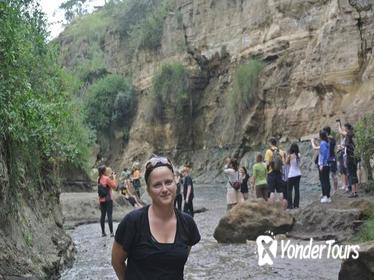 $ 60
8 Hours Day Trips Hotel Pickup Offered
Walk through a landscape of high cliffs and rustling grasslands on a full-day adventure tour from Nairobi to Hell's Gate National Park, one of just two Kenyan parks where you can leave the car behind to explore on foot. Watch for herds of zebra, Thomson's gazelle and eland as you follow trails through the park, searching for signs of cheetahs and ostrich along the way. Meet local Maasai people over a traditional Kenyan lunch and visit a wildlife conservation center before returning to Nairobi.
View Tour 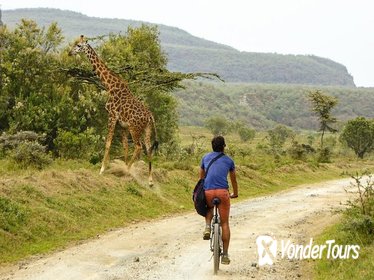 DAY TOUR AND EXCURSION FROM NAIROBI TO NAIVASHA

$ 140
6 to 9 Hours Day Trips Hotel Pickup Offered Free Cancellation
Its the only paradise where you can walk among the wild animals. Its a very special place. watch the amazing skills of the eagles picking fish from the lake as you ride on the boat and Plenty of Hippos.
View Tour 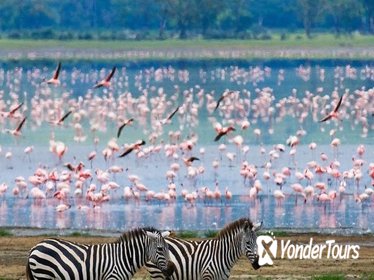 $ 320
1 to 8 Hours Cultural Tours Hotel Pickup Offered Free Cancellation
This two days will be spent in exploring the  Naivasha attractions.The Lake Naivasha is located in the northwest of Nairobi one of the Great Rift Valley lakes. This beautiful freshwater lake, fringed by thick papyrus its waters are shallow therefore drawing a great range of game to these shores. Giraffes wander among the acacia, Buffalo wallow in the swamps and monkeys call from the treetops while the Lakes large hippo populations sleep the day out in the shallows.At hells gate, you shall have the opportunity to explore the park as you walk among the wild, have an option of hiring the bike and cycle in the designated paths, rock climbing,cave exploration, and hiking.
View Tour 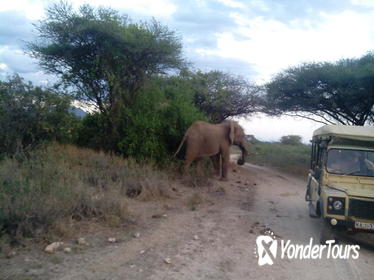 $ 2,765
11 Days Multi-day Tours Hotel Pickup Offered
Up your chances of spotting the "big five" game animals on this 11-night tour of parks in Kenya and Tanzania. Travel with a guide to Maasai Mara, Serengeti, and more on this all-inclusive tour, which introduces you to local culture while you look for native wildlife. Your guide handles all planning and logistics for you so you can just focus on enjoying the tour.
View Tour 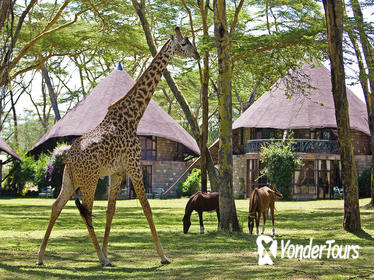 $ 1,250
5 Days Multi-day Tours Hotel Pickup Offered
Visit Lake Nakuru National Park, Lake Naivasha, Hell's Gate National Park, and Masai Mara National Reserve on a 5-day safari from Nairobi, exploring varied landscapes that are home to some of Kenya's most spectacular wildlife. You'll have the option to choose from a wide range of additional activities, and included meals and overnights at lodges mean you can experience an authentic safari without giving up creature comforts.
View Tour 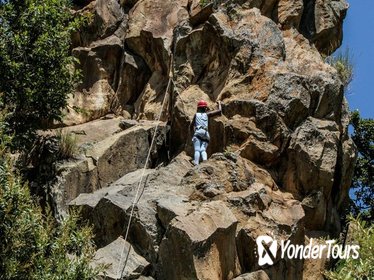 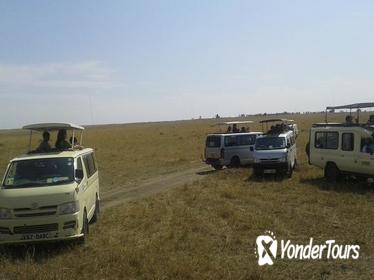 $ 3,255
12 Days Multi-day Tours Hotel Pickup Offered
Visit the world-renowned wildlife reservers of Maasai Mara and Serengeti on this 12-day guided tour from Nairobi, which includes lodging, meals, and transportation as per itinerary. This tour also includes a visit to paradisical beaches in Zanzibar, the shores of Lake Nakuru, and more. A guided tour improves your chances of seeing wildlife like white rhinos and flamingoes while providing all planning and logistics for the entirety of the trip.
View Tour 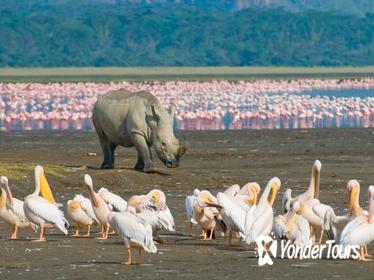 $ 240
2 Days Multi-day Tours Hotel Pickup Offered
Swap Nairobi for a 2-day trip exploring the incredible natural landscapes nearby. By going on an organized tour, you'll stop off at spots locals love that you might not discover if traveling independently. Save time and see many highlights on one tour such as Lake Nakuru, Hell's Gate, and Lake Naivasha. You'll have the time and freedom to choose activities that interest you such as cycling, game drives, and boat drives. The areas you'll visit are known for being home to hippos, zebras, hyenas, giraffes and much more.
View Tour