Things to Do in Bohemia

Choose from 8 Fun Things to Do in Bohemia 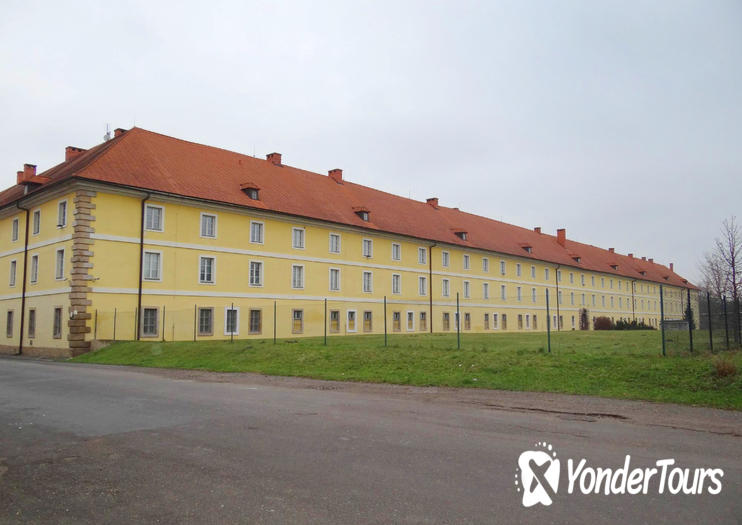 During World War II, Terezín was the largest of the concentration camps constructed by the Nazis to imprison Europe’s Jews; while not an extermination camp in itself, more than 30,000 prisoners died here due to the appalling, disease ridden and cramped conditions, while 80,000 more were shipped to the death camps in eastern Europe such as Auschwitz and Bergen-Belsen.
The Magdeburg Barracks were originally constructed in 1780 in Baroque-style and formed part of a military fortress commissioned by Habsburg Emperor Franz Josef II to protect the Austro-Hungarian Empire from invasion by Prussia. During WWII they became part of the Terezín complex, housing countless Jewish families in primitive, freezing conditions in ramshackle, ghetto-like dormitories.
Thanks to the Soviet Army, liberation finally came to the Magdeburg Barracks in May 1945; ironically Terezín ended up as the prison and execution site for many Nazi war criminals. Today the barracks are a place of reconciliation and hope, restored and reopened in 1997 as a conference center run by the Holocaust Education Trust; also displayed are the replica prison dormitories and heart-wrenching exhibitions showcasing the art, literature and music produced by Jewish inmates during the Holocaust. 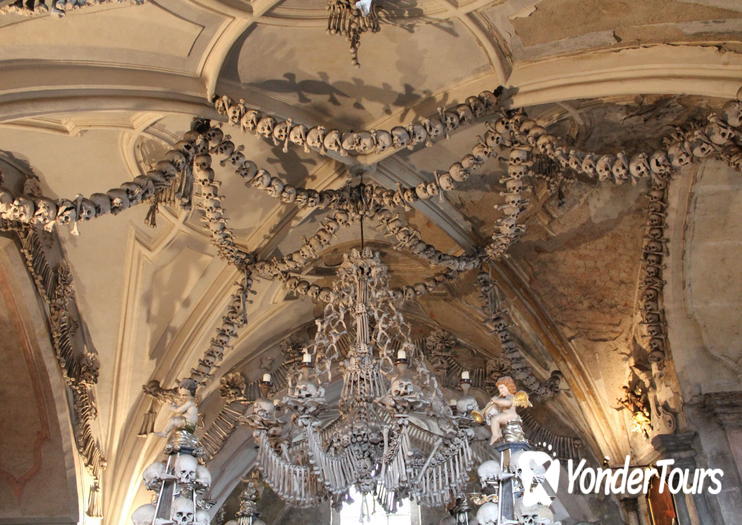 Sitting 45 miles (73 km) east of Prague in Bohemia, Kutná Hora is an intriguing town immersed in history. Its origins stretch back to 1142 with the foundation of a Cistercian monastery at Sedlec, and after the discovery of silver in the hills around the region, the town quickly became a wealthy enclave and competed with Prague in the Middle Ages for political and economic power.

Much of the town center is now a UNESCO World Heritage site, filled with gently dilapidated Baroque buildings. Visitors should see the Roman Catholic Cathedral, glimpse the exterior of St James’s Church with its mishmash of Baroque and Renaissance architecture and landmark 282-foot (86-meter) tower. Additionally, the Italian Court, which started life as the Royal Mint to the kings of Bohemia and eventually became their palace, has a small museum of coins.

The Gothic St Barbara’s Church (Barbara was the patron saint of silver miners) serves as the city's proud symbol. The flamboyant architecture, complete with bristling spires, flying buttresses and eight chapels, reflects the wealth and power of the mining city, while the interior is richly decorated with a series of Renaissance frescoes featuring mining and the minting of coins. The medieval mine shafts way below the present-day city at Hradek Castle also house the Czech Museum of Silver.

But it is the ossuary at the monastery in Sedlec that really grabs attention in Kutná Hora; allow at least an hour for your visit and a 20-minute walk each way from the town center. The chapel is partly below ground, lit only by candlelight and entirely decorated and furnished with human bones. The candelabras, coats of arms, monstrances, pillars and wall decorations are all made of bone; skulls adorn dark corners of the chapel, and leg bones hang in garlands from the vaulted ceiling. The remains of more than to 40,000 people have gone into the macabre, but strangely beautiful 19th-century decorations were created here with the use of thousands of victims of the Black Death and the Hussite Wars in the 14th and 15th centuries.
Address: Czech Republic
From $ 32 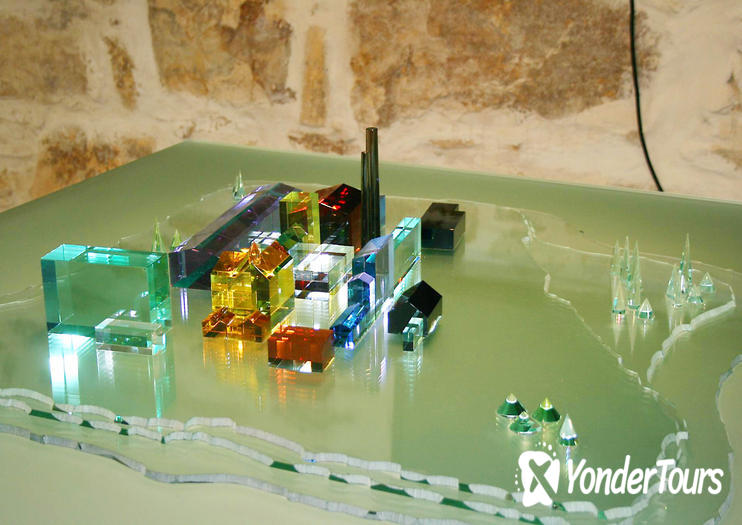 Bohemia has long been associated with the making of fine crystal and glassware, and one of its finest exponents is Moser, founded in 1893 and based in the famous, picturesque spa town of Karlovy Vary, 130 km (81.25 miles) west of Prague. Traditionally made according to a secret formula, Moser glass is renowned for its intense, jewel-like colors and is created by hand in the factory – which is open for tours – using eco-friendly lead-free crystal. Glassblowers hand their skills on from generation to generation and in all it takes up to ten years to become expert in hand shaping and blowing the glass while working alongside furnaces heated to 1,200°C. Elegant Moser glassware graces Royal tables and Is used in the making of the awards for the Karlovy Vary International Film Festival, held each year in July. Fine examples of the craft, from sapphire-blue flower vases to delicately gilded wine goblets, are beautifully displayed in the new Moser Museum, which offers multimedia accounts of the company’s long history while celebrating more than 120 years of glass-blowing talent. A sales gallery allows visitors to purchase Moser glassware and the café terrace is a pleasant summer spot for coffee and cake amid sparkling crystal sculptures and splashing fountains. 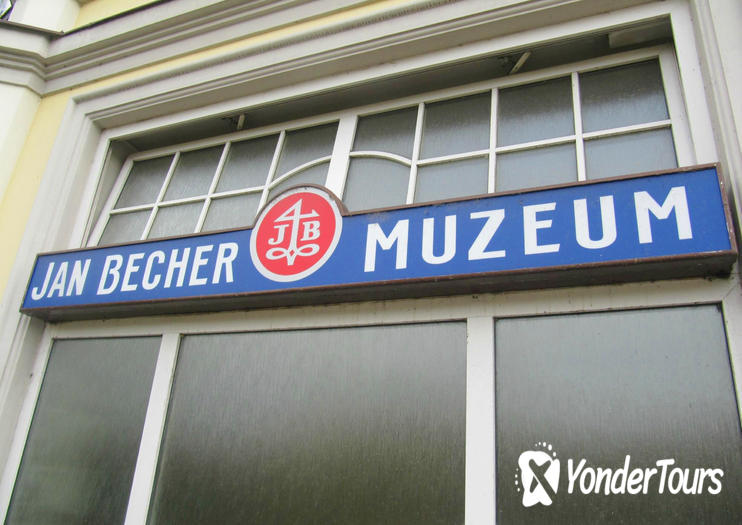 The ornate Baroque town of Karlovy Vary in Western Bohemia is famous for its spas, crystal ware and Becherovka, a herbal liqueur that was first concocted in 1807 by pharmacist Jan Becher using the pure water that made the town famous. Today Becherovka is still distilled to the same secret recipe – known only to two people at any one time – using a mixture of natural ingredients including sugar, cinnamon, herbs and spices. It is one of the Czech Republic’s favorite tipples and is also exported to more than 35 countries worldwide. The Jan Becher Museum opened in 2009 in the distillery’s original premises when production moved into larger premises. Guided tours take in the original subterranean cellars, where Becherovka was stored for two months in vast oak barrels, and showcase the history of the liqueur in a short movie before tracing each stage of its production. The museum is filled with portraits of six generations of the Becher family, two centuries’ worth of advertising posters and examples of the porcelain cups from which Becherovka was traditionally drunk.
After visiting the museum, Becherovka is available to sample straight or in a variety of cocktails in the tasting room, the Terrace Bar and the Esplanade; it can also be bought in personalized versions of its distinctively flat, green bottle to be taken home as a souvenir. 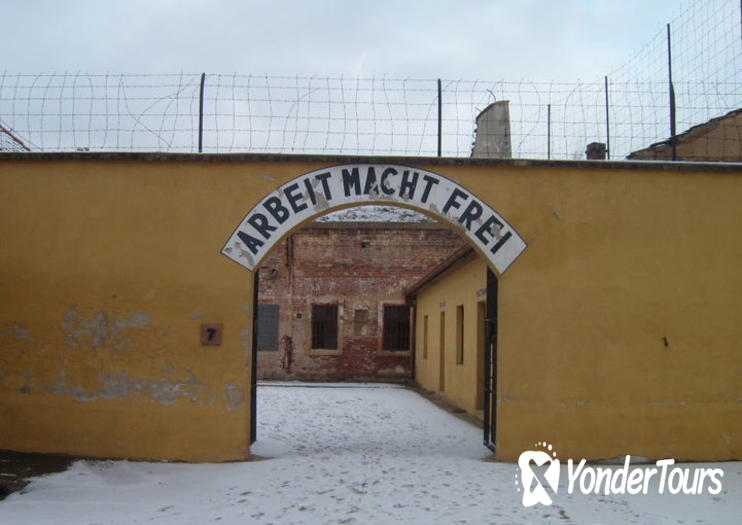 A harrowing reminder of Europe’s dark history, the Terezin Concentration Camp was set up in the Czech Republic by the Nazi regime in 1941 and used as a holding camp for prisoners awaiting transfer to Auschwitz and Treblinka concentration camps. Today, the World War II site is preserved as a museum and memorial, telling the horrifying truths of the Holocaust, as well as the stories of some of the 150,000-plus prisoners held at the camp and the tens of thousands who lost their lives.
The Basics
Single entrance tickets offer access to the Ghetto Museum or Small Fortress, while combined entrance tickets allow access to both of those sites in addition to the Magdeburg Barracks. Most visitors arrive on a day trip from Prague and explore the camp on a guided walking tour, taking in sites such as the Schutzstaffel headquarters, the Gestapo prison cells, the Ghetto Museum, and the Magdeburg Barracks. For a more personalized experience, opt for a small-group visit or a private tour.
Things to Know Before You Go
How to Get There
Terezin Concentration Camp is located in the fortress town of Terezín in North Bohemia, 30 miles (48 kilometers) northwest of Prague. Public buses run from Florenc station in central Prague and take about an hour.
When to Get There
Terezin is open year-round, but it’s busiest during the summer months. Aim to visit early in the day to avoid the main crowds. Although opening hours vary by site and season, the memorial typically opens between 8 and 10am and closes between 4 and 6pm.
Address: Principova alej 304, Terezín CZ -41155, Czech Republic
Admission: Adults: CZK 160, Children (6-18yrs): CZK 130
From $ 42 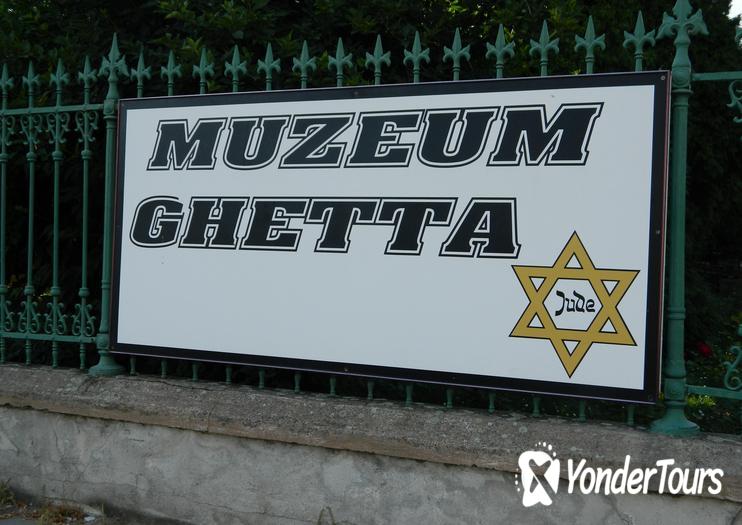 An hour north of Prague stands the Terezín Memorial, used by the Nazis in World War II as a transit point for Jews being transported to Auschwitz and other death camps in Eastern Europe. It was built a garrison town in 1780 by Emperor Franz Josef and, two centuries later, was transformed into a fortified work camp and ghetto by the Gestapo. From 1940 onwards, more than 30,000 inmates died of disease and starvation in the Magdeburg Barracks, whose gates bear the infamous slogan ‘Arbeit Macht Frei’ — ‘work makes you free’.
The memorial is open for guided tours encompassing the Gestapo prison, the barracks, the Jewish cemetery overlooked by a massive Star of David, the crematorium, morgue and the Ghetto Museum, which opened in 1991 in the camp’s Baroque former school. Among the thought-provoking exhibits are paintings by children who were imprisoned in Terezín and two highly emotional documentaries with eyewitness accounts by survivors plus temporary exhibitions highlighting the tragedy of life in the ghetto and Terezín’s role as a Nazi transit center for Jews from across Europe. There is a star-shaped memorial to the children who died at the camp in the courtyard behind the school. 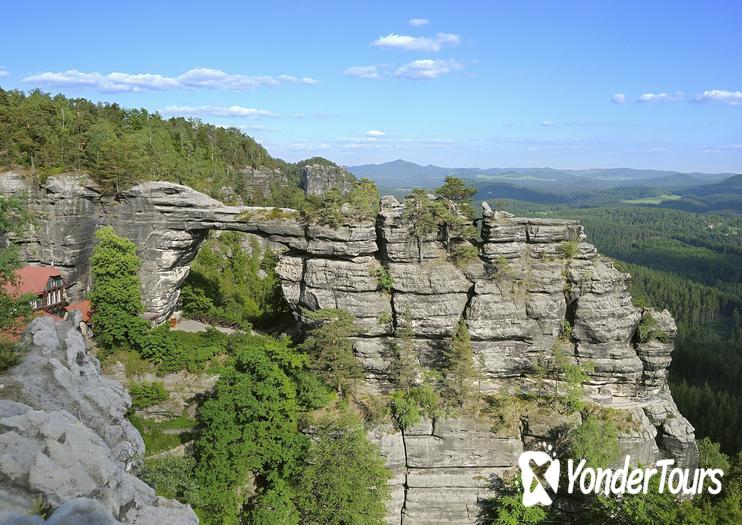 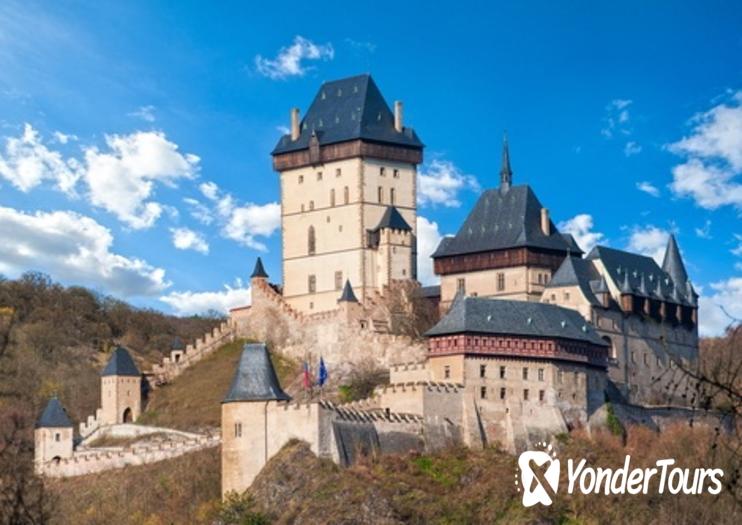 Some 18 miles (30 kilometers) southwest of Prague, Karlstejn Castle dominates the surrounding area from its hilltop perch. The castle has been a feature of the landscape here for almost 700 years, and its fairy-tale turrets and steep roofs attract visitors from around the world who come to step back in time.
The Basics
Karlstejn Castle was founded in 1348 by Charles IV of Bohemia—one of the Czech Republic’s best-loved historical figures (the Charles Bridge in Prague is named after him). He intended the castle to act as a stronghold for his priceless crown jewels and holy relics. In the years that followed, the castle was besieged by Hussite forces and damaged by fire before being restored in the 19th century. Nowadays, guided tours from Prague bring the castle’s many secrets to life.
One of the highlights of a visit to the castle is the chance to see the Chapel of the Holy Cross in the Great Tower. The walls of the chapel are decorated with more than 2,000 semiprecious stones along with 128 paintings by the craftsman Master Theodoric.
Things to Know Before You Go

How to Get There
Trains depart several times a day from hlavni nádrazi (Prague’s central station) to Karlstejn village at the bottom of the castle hill. The walk up to the castle takes around 30 minutes. Alternatively, numerous guided tours visit the castle from Prague with round-trip transport from Prague. It’s also possible to drive and there is parking in the village.
When to Get There
Karlstejn Castle’s opening hours vary by season. In July and August, it is open daily from 9am to 6pm. The castle is closed on Mondays the rest of the year. From mid-November it’s only open on weekends, and closes over Christmas week and for most of February (dates vary by year). Double-check before traveling if you’re planning to visit in the winter months. In the summer months, the castle can get very busy with tourists.
Address: Karlštejn 172, 267 18 Karlštejn, Prague, Czech Republic
Admission: Varies
From $ 46