Things to Do in Canterbury

Choose from 2 Fun Things to Do in Canterbury The historical city of Rochester, located east of London, was a special place for well known author Charles Dickens as this was his childhood home and the place where he lived later in life. Many buildings and other locations in Rochester were featured in Dickens' writings, more than any other city besides London. Some of the buildings that still exist today include the Restoration House, which was used as the home of Estella and Miss Havisham in Great Expectations, and the Poor Travellers House, which was featured in a short Christmas story.
Visitors can also go to the Guildhall Museum of local history where you can learn more about Charles Dickens and his works. There is also a walking tour through the city that guides you to the buildings and locations he wrote about. Other highlights in Rochester include the Rochester Cathedral which was founded in 604 and is the second oldest cathedral in England. Visitors can also explore Rochester Castle and the views from the top of one of the tallest keeps in the country.

Rochester is located 32 miles east of London and can be reached by train from London's Victoria Station. 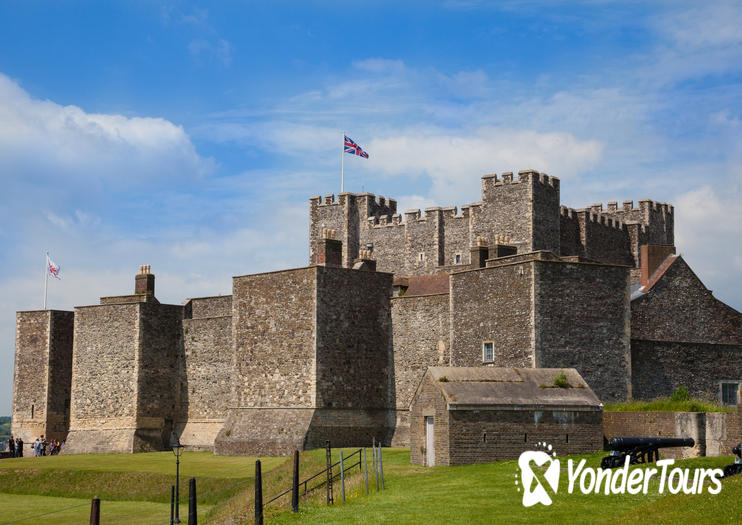 An imposing fortress looming above the famous White Cliffs of Dover, Dover Castle is not only one of England’s largest and oldest medieval castles, but one of its most strategically important, standing guard over the narrowest point of the English Channel and the first line of defense against mainland Europe.

Although built by William the Conqueror in 1066, Dover Castle actually has a much longer legacy, preceded by an Anglo-Saxon fort and a Roman lighthouse, and seeing battle several times throughout its reign.  Visitors can climb the 12th-century Great Tower, walk the battlements, view the ruins of the ancient Roman lighthouse, and even explore the warren of secret wartime tunnels that burrow beneath the castle. There’s also the Princess of Wales' Royal Regiment Museum and a series of exhibitions, where you’ll discover life in the royal court of King Henry II, learn about how the castle was used as a hospital during WWII and relive the horrors of the Siege of 1216.

Dover Castle is located by the port of Dover on the southeast coast of England and is open daily, from April-Oct and weekends only from Nov-March. Opening times vary throughout the year and adult admission at the time of writing is £18.
Address: Dover, South East England, England
Hours: Daily Apr-Oct, Weekends Nov-Mar, 9:30AM-6PM
Admission: £18
From $ 119