Things to Do in Windsor Eton

Choose from 5 Fun Things to Do in Windsor Eton 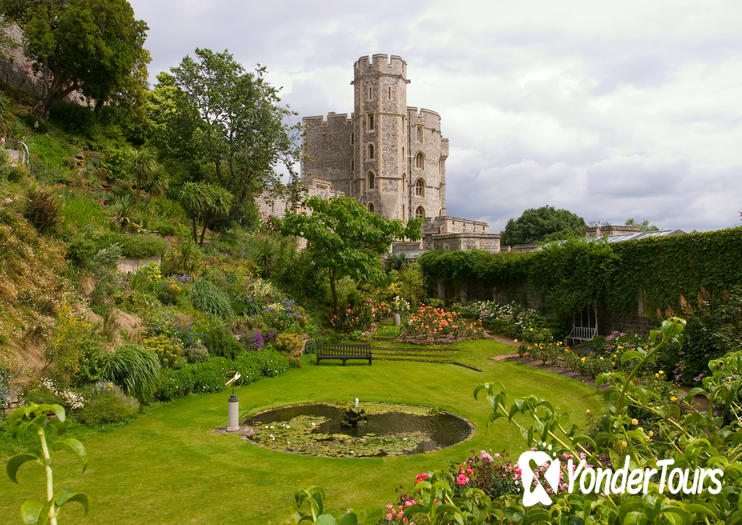 Located just west of London, Windsor is one of England's most popular towns to visit. It is most known for the famous Windsor Castle which is a huge castle built during the time of William the Conqueror. It is also the oldest castle in continuous occupation in the world. Visitors can explore the castle with a tour or an audio guide in order to learn about the castle's fascinating history. Another big draw is the traditional changing of the guard, so plan your visit accordingly.
Aside from the castle, Windsor boasts the Windsor Great Park, one of the country's best green spaces, as well as the Savill Garden, which covers 35 acres of manicured lawns and flowerbeds. You can also take a ride on a riverboat along the River Thames to view the town from the water. There are dozens of restaurants, pubs, and bars in town, and you can take in a show at the Theatre Royal Windsor. If you're traveling with children, consider a trip to the Legoland Windsor Resort.

Windsor is located 25 miles from Central London. You can get there by train from London's Paddington Station. Windsor Castle is open 9:45am to 5:15pm March through October and 9:45am to 4:15pm November through February. Adult admission is 19.20 pounds. 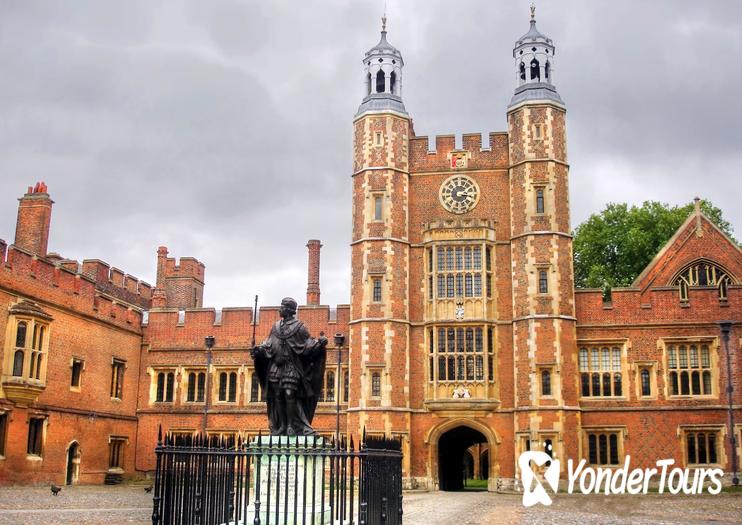 Founded by Henry VI and boasting a history dating back almost six centuries, Eton College is one of England’s oldest and most prestigious public schools (actually an exclusive fee-paying independent school) and one of only 4 remaining single-sex boy’s boarding schools in the UK. It’s also undeniably the most famous, with former scholars (traditionally nicknamed ‘Old Etonians’) including 19 British Prime Ministers, among them Winston Churchill and David Cameron; members of the British Royal Family, including Prince William and Prince Harry; writers like George Orwell and Ian Fleming; London Mayor Boris Johnson; and actors like Eddie Redmayne, Damian Lewis and Hugh Laurie.

It’s even made its mark on pop culture – fictional characters like Lord Grantham from Downton Abbey, Captain Hook and James Bond (who was expelled!) were described as having attended Eton and the college itself has served as a backdrop to films like Shakespeare in Love, Mansfield Park and My Week With Marilyn.

Today the boarding school has around 1,300 students, aged between 13 and 18, all of whom wear the iconic uniform of a black tailcoat, white tie and pinstriped trousers, and are split into administrative ‘houses’. The historic school is also notable for its architecture, with highlights including the medieval School Yard, the Gothic-style Chapel and the Cloisters Court. Visitors are able to tour the principal buildings and visit the on-site Museum of Eton Life and gift shop.

Eton College is located in Windsor, across the river from Windsor Castle, and is open to the public from March to October by guided tour only. 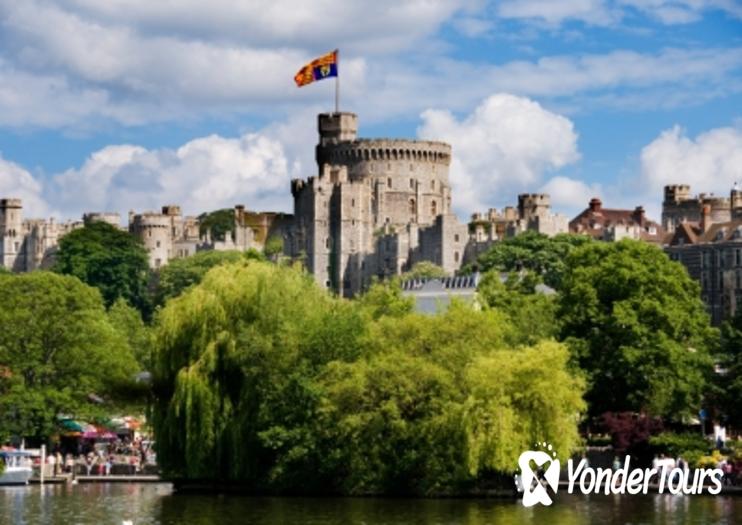 Windsor Castle is the largest occupied castle in the world that is still used by the monarchy. Since William the Conqueror built a wooden fortress here over 900 years ago, this has been a royal palace and residence. Despite its daily use for royal business, much of the palace is open to the public and well worth a visit.
The Basics
Parts of the castle are open to visitors, including the State Apartments, Queen Mary's intricate dolls' house, and George VI's private apartments. St. George's Chapel is another highlight, where many royal weddings and funerals have occurred, as well as where the Queen Mother's and King Henry VII's tombs are found. On a guided tour, you can see the Great Kitchen to witness the inner workings of the castle.
Things to Know Before You Go
How to Get to Windsor
Windsor is located less than an hour from central London by road. You can get there by train via London Waterloo (direct) or Paddington (one change). From the station, the castle is an easy walk. Buses run to Windsor from Victoria.
When to Get There
The castle is open daily from 9:45am to 4:15pm from November to February. From March to October, it closes at 5:15pm. Keep in mind that parts of the castle sometimes close for royal events.
Official Royal Business at Windsor Castle
As an official residence, Windsor Castle hosts Queen Elizabeth for a month at Easter, a week in June, and during most weekends. At Windsor, she also often hosts state dinners for international dignitaries and entertains those she has knighted into the Order of the Garter. When the queen is in residence, you can see the Changing of the Guard (as you do when she is at Buckingham Palace).
Address: Windsor SL4 1NJ, England
Hours: Open daily 9:45am - 4:15pm Nov - Feb, closes 5:15pm Mar - Oct
Admission: Adults: £8.50 - £16
From $ 13 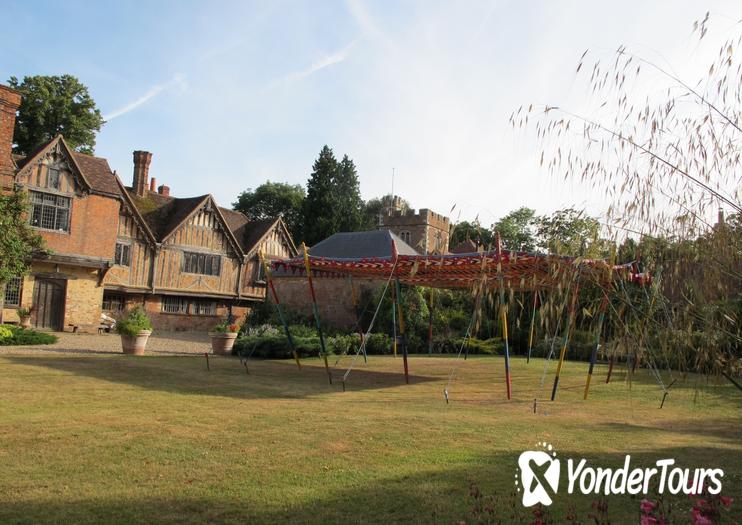 Dorney Court is one of England's finest Tudor manor houses where generations of the Palmer family have lived for nearly 500 years. The manor house is located among landscaped gardens and parks, and flocks of sheep graze in the nearby fields. Inside the house, visitors can admire portraits that represent each of the 13 generations of the Palmer family dating back several centuries and tell the history of this home. The rooms are filled with traditional oak furniture, four poster beds, lacquer cabinets, carved paneling, silks, and tapestries. Much of the furniture dates from the Restoration since Dorney Court was looted by by Cromwellian forces.
Visitors can explore the Great Hall, kitchens, cellars, passageways, living quarters, and courtyards which provide a view of a typical medieval house. Since this is still a living home, some sections have been updated as recently as the 1970s, and the home continues to evolve. Dorney Court has been open to the public since 1981, and a great deal of work has gone into restoring and preserving the home and property.

Dorney Court is located 26 miles from central London in the village of Dorney on Court Lane. Opening hours are 1:30pm to 5pm on Sunday and Monday May Bank Holidays and throughout the month of August. Group tours are available by appointment only during other times of the year. General admission is 8 pounds.
Address: Dorney Court, Dorney Lane, Windsor, United Kingdom SL4 6QP, England
Admission: 8 pounds
From $ 32 With more than 2.2 million annual visitors, Legoland Windsor is the second most visited theme park in the UK and it’s a thrill for the whole family, with adrenaline-fuelled rides, interactive entertainment zones and millions of multi-colored Lego bricks. Lego enthusiasts will be in their element as everything has a Lego-themed twist, from Lego cars to Lego-building workshops – there’s even Lego-inspired décor at the on-site hotel!
You’ll need at least a full day to enjoy Legoland Windsor, with 55 interactive rides and attractions to explore. Ride the Viking rapids, enjoy an underwater adventure on the Atlantis Submarine Voyage, hangout with LEGO® Friends at Heartlake City or join the fun at the Ninjago Training Academy. Even adults will be impressed by the Lego brick sculptures in the Miniland, which include miniature model displays of world landmarks. Look out for the Eiffel Tower, Big Ben and the Statue of Liberty, plus the UK’s only LEGO® Star Wars™ display, all built using nearly 40 million Lego bricks.
That’s not all – there’s also a DUPLO® valley, an Xbox® Gaming Zone and a 4D movie theater, plus discovery zones, workshops, live entertainment and plenty of restaurants and souvenir shops.

Legoland Windsor is located in Windsor, around 40km west of London, and is open from March-early November and 2 weeks over Christmas. The park is typically open daily from 10am-6pm, but opening days and closing times do vary throughout the year, so check ahead. Admission to Legoland is £49.20 for Adults and £45 for children (3-15 years) at the gate, but discounts are possible for pre-booked tickets and groups. Under 3s go free.
Address: Winkfield Road, Windsor SL4 4AY, England
Hours: Open from March - early November, and for 2 weeks over Christmas. Daily 10am-6pm, but closing times do vary throughout the year.
Admission: Adults £49.20, Children £45.
From $ 91