Things to Do in Seward

Choose from 8 Fun Things to Do in Seward 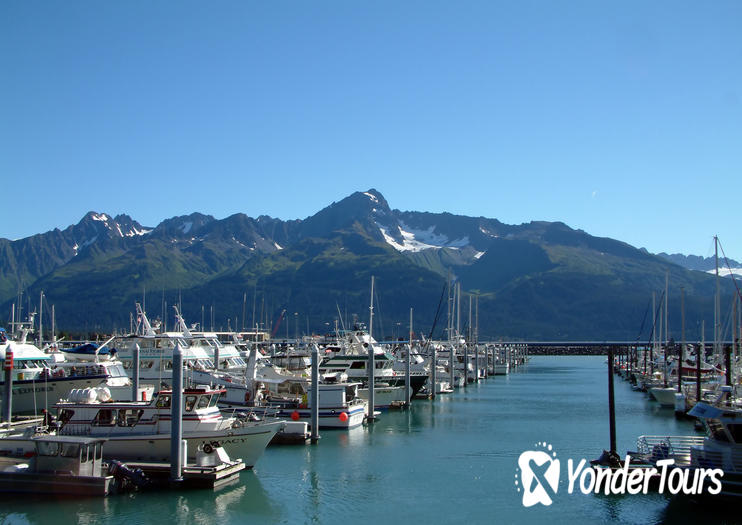 Resurrection Bay on Alaska’s Kenai Peninsula—dotted with glistening glaciers, majestic fjords, and secluded coves set against a backdrop of snowy mountains and dramatic fog—is a haven for those who enjoy striking landscapes. Not only is this pristine wilderness beautiful, it’s also filled with opportunities for outdoors recreation.
The Basics
Many itineraries within Kenai Fjords National Park include a wildlife-watching cruise in Resurrection Bay. Those interested in bird-watching and wildlife spotting should be on the lookout for puffins, bald eagles, Dall's porpoise, Stellar sea lions, orcas, humpback whales, harbor seals, and sea otters.
Helicopter tours passing through the park to land at Godwin Glacier often fly right over Resurrection Bay. As the waters of the bay never freeze, they are also popular for kayaking and sailing.
Things to Know Before You Go
How to Get There
Many visitors come to Resurrection Bay as a guided shore excursion from Seward. Cruises on the bay typically depart from the Seward Small Boat Harbor before heading out into the bay.
When to Get There
While the waters of Resurrection Bay never freeze and are therefore always navigable, a majority of tours operate between mid-May and mid-September when the days are long and weather mild.
What’s in the Name
Alexander Baranov was a Russian merchant who was forced to take shelter in the bay during an intense storm. When the storm finally settled, it was Easter Sunday, and in honor, Baranov gave the bay (as well as the nearby river) the name Resurrection.
Address: Resurrection Bay, AK, USA
From $ 93 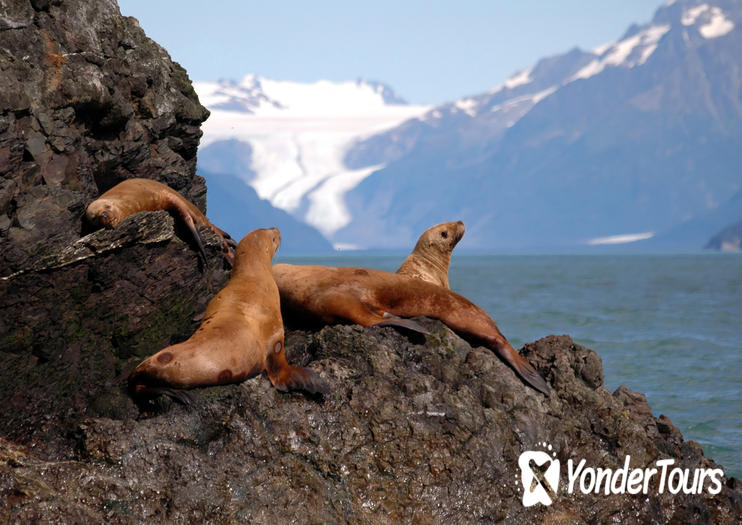 It is home to a range of ecosystems, wildlife species and experiences as well as a wide range of contrasting landscapes, some of which include beaches, tundra, mountains, rainforests, valleys, cliffs, lakes and volcanoes. It’s also a bird-watchers paradise, known for its 40 million seabirds representing 30 species. The Pribilof Islands are said to be the best place to see birdlife, although the wildlife refuge encompasses over 2,500 islands, rocks, reefs, spires, islets, waters and headlands.

Visitors to the Alaska Maritime National Wildlife Refuge can explore the volcanic islands of the Aleutian chain, the tiny islands, rainforests and and majestic fjords of the Gulf of Alaska, and various destinations near the Alaska Peninsula and Bering Sea. In total, there are 10 distinct congressionally-designated Wilderness areas in the refuge. While it’s difficult to truly grasp just how large this attraction is, traveling between its two farthest points would be similar to driving across the United States. The best way to begin exploring the Alaska Maritime National Wildlife Refuge is to head to the their headquarters at the Alaska Islands and Ocean Visitor Center located in Homer, Alaska.
Address: 95 Sterling Hwy, Homer, AK, USA
From $ 180 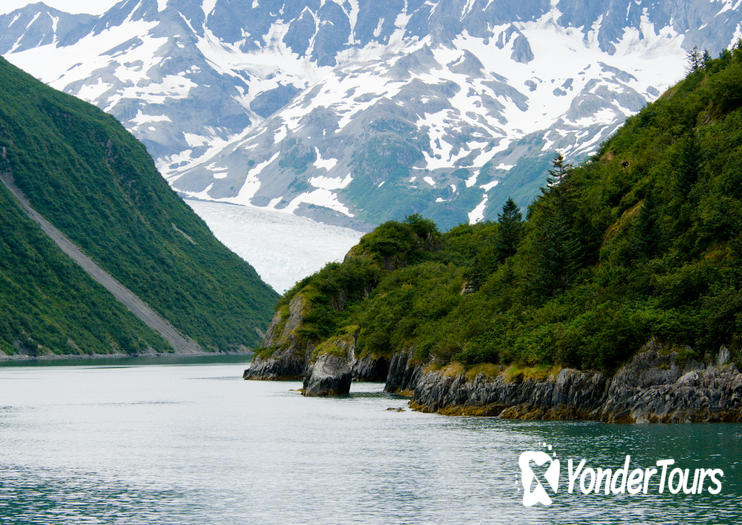 Encompassing 1,047 square miles (2,711 square kilometers), Alaska’s Kenai Fjords National Park is named after its numerous glacial-carved fjords—beautiful ice valleys that sit below sea level. The fjords run down the mountains into the iconic Harding Icefield, one of the largest ice fields in the United States with 40 tidewater glaciers flowing into it. The stunning landscape is also a wildlife-watcher’s dream, thanks to its abundant marine animals, birds, and other native wildlife.
The Basics
The most popular way to visit the park is on a glacier cruise. This is the best way to see the largest variety of marine wildlife, as the park’s icy waters and dense woodlands are home to numerous species of native animals. Adventurous visitors can take an aerial tour of the park, kayak on the fjords, hike to the top of the 8.2-mile (13.2-kilometer) Harding Icefield Trail, explore the trails around Exit Glacier, and go fishing in the park’s backcountry.
Things to Know Before You Go
How to Get There
Kenai Fjords National Park is located just outside of Seward in southcentral Alaska, 126 miles (203 kilometers) south of Anchorage. By car, take Seward Highway (AK-1) south from Anchorage. It will become AK-9 around mile 35 (87 miles/140 kilometers from Anchorage), with AK-1 heading to Homer and Kenai. Continue on AK-9 to Seward. The Alaska Railroad connects Anchorage to Seward during the summer months (May through September).
When to Get There
The best time to visit Kenai Fjords National Park is between May and September, when the weather cooperates to provide views of the surrounding glaciers (including the impressive Bear Glacier) and mountains—and to be warm enough for visitors to want to be outdoors. Although the park is often inaccessible during the winter months, Seward is accessible year-round via the Seward Highway, a National Scenic Byway.
Wildlife in Kenai Fjords National Park
A cruise is the best way get your fill of wildlife viewing, as the park’s waters and forests are home to mountain goats, black bears, bald eagles, harbor seals, sea lions, puffins, porpoises, and humpback and orca whales. Along most cruise routes you’ll have the chance to see abundant wildlife like whales, sea otters, Dall’s porpoises, eagles, mountain goats, and many types of seabirds. Cape Resurrection, at the end of Resurrection Bay, is home to both Steller sea lions and thousands of nesting seabirds. Most boats stop close to the sea lion colonies and seabird rookeries, providing excellent photo opportunities.
Address: Kenai Fjords National Park, Seward, AK, USA
From $ 93 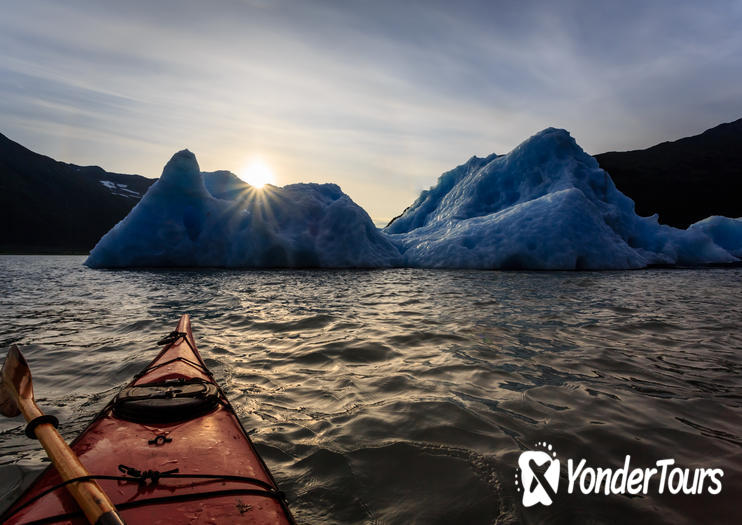 Not far from the town of Seward, there are nearly 40 glaciers making up an icefield that spans more than 300 square miles, all contained within Kenai Fjords National Park. The largest of these is Bear Glacier.
It's not far from Seward to Exit Glacier, the most easily accessible glacier in the park, but it's also possible to reach Bear Glacier from Seward – if you head out on the water. You can go on cruises that visit the many fjords in the park, and you can even go sea kayaking through the fjords.
Sea kayaking up to Bear Glacier gives you a chance to see the glacier and its iceberg-filled lagoon up close. You can also choose an overnight adventure, camping near the glacier. Even if you opt for a day cruise, you'll be treated to incomparable glacier views, plus the chance to see puffins, whales, and sea otters.

Kenai Fjords National Park is open year-round, but as you might expect it's much more difficult to reach and explore during the winter. Water tours of Bear Glacier are generally available about the same dates that the park's visitor centers are open – from Memorial Day in late May through Labor Day in early September. If you're visiting during the winter, you can still see Exit Glacier on cross-country skis, snowmobiles, or even dog sleds.
Address: Seward, Alaska, USA
From $ 93 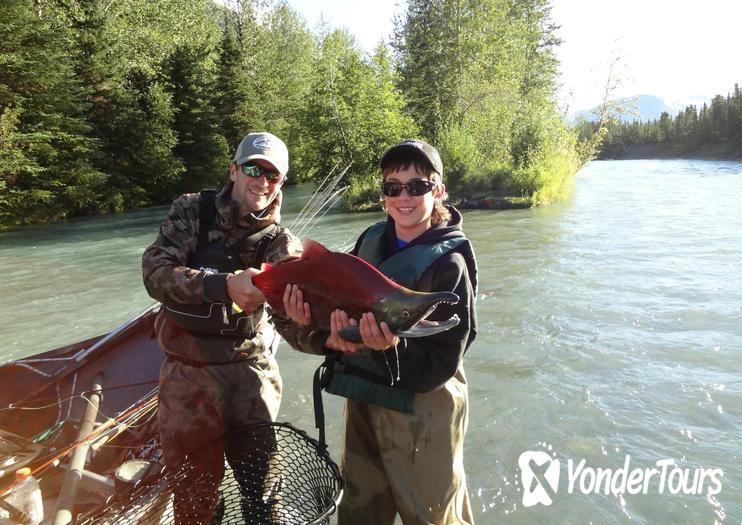 Flowing 82 miles from the Kenai Lake and mountains all the way to the Cook Outlet of the Pacific Ocean, the scenic Kenai River is known as the most famous sport fishing destination in Alaska. With King or Chinook salmon, red salmon, silver salmon and pink salmon running seasonally, the salmon-rich waters are the main draw to the area. The world record for the largest salmon ever (97 pounds!) was caught here. King salmon return from the ocean to the streams where they were born, with upwards of 45,000 in the river in July alone. There are also rainbow and steelhead trout, Dolly Varden, and northern Pike, as well as other Alaskan wildlife such as moose, bald eagles, and bears.
The Kenai River itself is a glacial stream with clear, turquoise waters surrounded by tall forests and golden meadows. There is also a section of the river that offers whitewater rafting, flowing into Kenai Canyon and out to Skilak Lake.

The Kenai River is located in south central Alaska on the Kenai Peninsula. The drive from Anchorage is around 3 hours.
Address: Kenai Peninsula, Alaska, USA
From $ 175 As one of Alaska’s small boating centers Seward Harbor is considered to be one of the best destinations for sailing in the world. Situated at the entry to Kenai Fjords National Park, the surrounding waters are rich with a variety of marine wildlife. Bald eagles, sea otters, sea lions, and other sea birds are also often passing above the sea.
Undeniably the most common vessel in the Seward Small Boat Harbor is the sailboat, yet it’s also an excellent launching point for kayaks and small fishing boats. Seasonally whale watching cruises depart from the harbor as well. With many vessels departing for the scenic Kenai Fjords from here, there are plenty of restaurants, hotels, and facilities along the water to suit visitors.
The harbor itself is calm and scenically surrounded by snow-capped mountains.  Uniquely the water does not freeze at any point during the year (but if it’s ice you’re after, the massive Exit Glacier is nearby.)

Seward is located on the Kenai Peninsula of Alaska, about 125 miles south of Anchorage. It can be accessed via the Seward Highway between the two cities. Seward is also the last (or first) stop of the Alaska Railroad. The Seward Small Boat Harbor lies on the northern edge of Resurrection Bay. Get there by driving to milepost 1.6 on Seward Highway.
Address: 1300 4th Avenue, Seward, Alaska 99664, USA
Hours: 8 am - 5 pm
From $ 80

There’s something enchanting about seeing wildlife up close, and the Alaska SeaLife Center allows you to do just this. The Alaska SeaLife Center is Alaska’s only public aquarium and ocean wildlife rescue center and is a not-for-profit center focusing on marine research, rehabilitation (animals are treated then released) and public education geared toward all ages. It was built in 1997 -- with most of its funds coming from Exxon Valdez in an effort to compensate for their part in the oil spill -- and is a place where scientists go to do research and visitors go to learn about marine life through exhibits and interactive experiences.

View marine life like Stellar sea lions above and below the water surface through two-story tanks; pet starfish, baby rays and other small sea creatures; see waterbirds up close; and look at adorable animals in rehabilitation like Ringed Seals, White Winged Scoters, Spectacled Eiders and Northern Sea Otters. An array of educational programs for students -- including “Beaks, Bubbles, & Burrows,” “Marine Mammal Adaptations” and “Seashore Survivors” -- add to the fun.

You can also experience a number of “encounters” which allow you to do things like shake hands with an octopus and have a personalized tour of a puffin aviary.

For many, the highlight of a visit is the seal encounter, where you watch staff work with harbor seals.

Bonus: As the Alaska SeaLife Center is built directly into the waterfront you can enjoy panoramic views of Resurrection Bay. 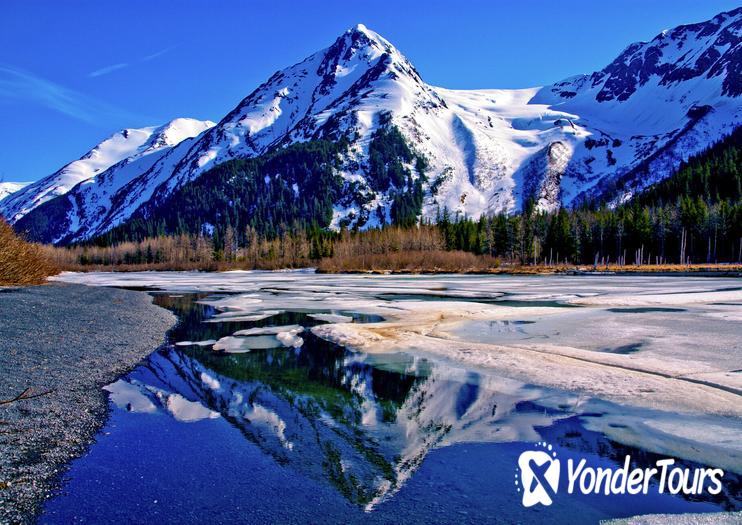 The gateway to Kenai Fjords National Park and the starting point of the Iditarod Trail, the small town of Seward lies about 125 miles (200 km) south of Anchorage. The best way to experience this Alaskan jewel and its majestic landscape is by boat – take a whale-watching tour or glacier cruise to get the full effect of Resurrection Bay, its surrounding mountains and the Exit Glacier.

If your cruise is ending in Seward, a shore excursion that combines transportation to the Anchorage airport with a tour to the Alaska Wildlife Conservation Center is a great way to make the most of your time and see some of Alaska’s famed wildlife.

One Day in Seward
Don’t miss the Alaska SeaLife Center — it’s the top attraction in town. Just south of downtown, the SeaLife Center is an aquarium and research facility that’s home to fur seals, sea lions, puffins, octopus, otters and more. It’s the only marine wildlife rescue center in Alaska and will entertain and educate you with exhibits on rehabilitation and native marine habitats.

Next, have a seafood lunch at a restaurant on the waterfront, and then walk off your lunch with a stroll around town. There are several shops where you can pick up souvenirs like art, chocolate and outdoor gear. Walk through the waterfront park as you make your way back to your ship.

The currency is the US dollar, and the language in Alaska is English. There are ATMs and banks in town.
Address: Port Avenue, Seward, Alaska, USA
From $ 123