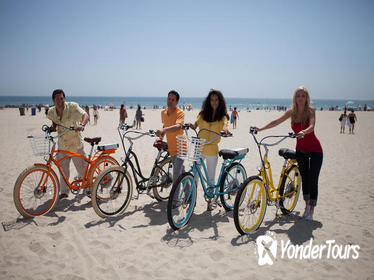 $ 79
3 Hours Bike & Mountain Bike Tours Free Cancellation
Take a pedal-powered tour through the beaches and streets of the famous Santa Monica and Venice Beach areas of Los Angeles during this 3-hour electric-powered bike riding trip. Get out of your car and skip the tour bus as you enjoy fresh ocean breezes and laid back riding with a guide aboard an electric bicycle. Cruise the famous canals of Venice and cycle the trails along Santa Monica Beach, choosing if you want to use your own leg power or get a boost from your electric-powered cycle. This L.A. electric bike trip also includes a helmet rental and bottled water.
View Tour 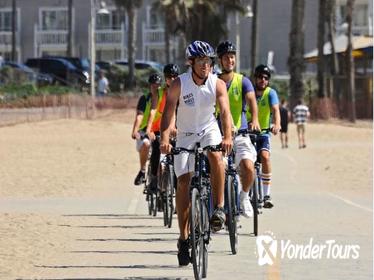 $ 139
6 Hours Bike & Mountain Bike Tours Free Cancellation
Get an intimate look at the diverse neighborhoods of LA during this 5.5-hour, small-group cycling exploration. Join a group of no more than 10 riders for a 32-mile (51-kilometer) adventure through areas like West Hollywood, Santa Monica, Bel-Air and Beverly Hills, listening to insightful and entertaining stories from your guide as you cycle. During the trip you'll also stop in Venice Beach, where you can buy lunch, and take a guided walking tour of historic Greystone Mansion. A hybrid road bike, safety equipment and souvenir water bottle are also included.
View Tour