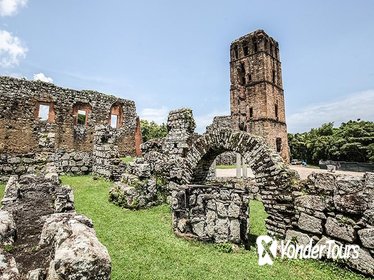 $ 70
4 Hours City Tours Free Cancellation
Explore Panama Viejo, a UNESCO World Heritage site, on this 4-hour sightseeing tour in Panama City. After pickup from your centrally located Panama City hotel, travel to Old Panama (Panama Viejo) in a comfortable vehicle. Follow your local guide through the ruins on foot, listening to engaging commentary about the site's founding as the first European settlement on the Pacific Ocean. Visit the onsite museum to learn more about the history of the 16th-century landmark before being dropped off back at your hotel. All entrance fees are included.
View Tour 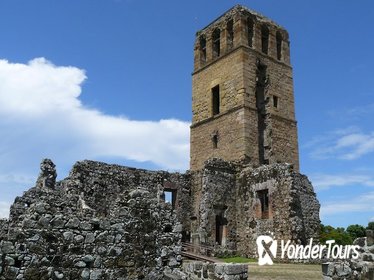 $ 15
1 to 5 Hours Attraction Tickets Free Cancellation
The ruins of Panama Viejo and, especially, the cathedral tower, is one of the main national symbols. The site is also one of the main tourist attractions in Panama City, as well as a walking and recreational area for local and foreigner visitors. It is also the scene of one of the greatest research, conservation efforts that have been carried out in a historical monumental set of the country. On July 5th 2003 the UNESCO World Heritage Committee added the Panama Viejo Archaeological Site to the World Heritage list as an extension of Panama's Historic District.
View Tour