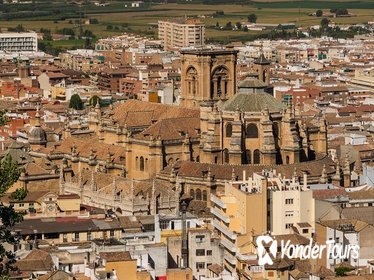 $ 50
4 Hours Custom Private Tours Hotel Pickup Offered Free Cancellation
Maximise your time in Granada with a private guide and a 3.5-hour sightseeing tour tailor-made for you. Marvel at the magnificent Alhambra, visit landmarks such as Granada Cathedral and the Palacio de Generalife, then discover the city's vibrant neighborhoods. Hotel pickup and drop-off is included.
View Tour 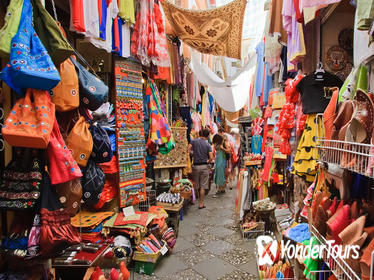 $ 23
2 Hours Walking Tours Free Cancellation
Delve into the historical heart of Granada on a comprehensive 2-hour walking tour led by an accomplished guide. Absorb the antique charm of the center as you discover the rich cultural tapestry that comprises the city; see the Moorish magnificence of Acaicería; gaze at the religious resplendence of the Cathedral; and wander the UNESCO-listed neighborhood of Abaicin to witness a diverse architectural tableau and enjoy panoramic views of Alhambra on its adjacent hilltop perch.
View Tour

$ 184
13 Hours Private Day Trips Hotel Pickup Offered Free Cancellation
Enjoy a personalized experience of one of Spain's most spectacular landmarks on a private 12-hour tour of The Alhambra from Seville. Travel to Granada in a private, air-conditioned vehicle and embark on a guided tour of the UNESCO-listed palatial complex. Admire highlights such as the Lion's Courtyard, the Alcazaba fortress, and the Generalife Gardens before enjoying free time in Granada's historic city center. Hotel pickup and drop-off in Seville are included.
View Tour 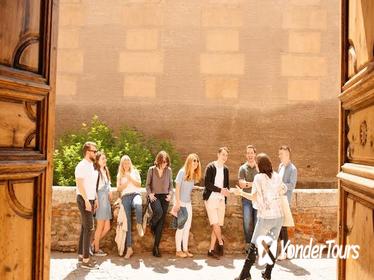 $ 80
3 Hours 30 Minutes Food Tours
Explore Granada's fascinating history while enjoying the city's celebrated tapas culture on this fun nighttime excursion. After meeting your guide at a central location, set off on a walking tour and visit both landmarks and lesser-known sites that reveal Spain's complex history. Then, sip wine and feast on a sit-down tapas dinner included in the tour price.
View Tour 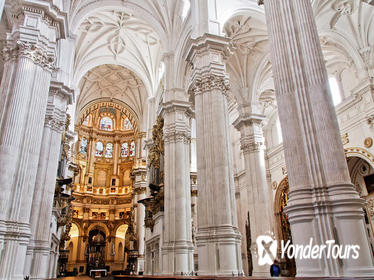 $ 60
2 Hours Sightseeing Passes
Delve into Granada's long history on this 2-hour walking tour. Wander along the city's timeworn streets with a professional guide, and pass eye-catching sights like the rose-tinted Corral del Carbón arch, a coal yard that dates back to the 14th century and the colorful alleys of Alcaicería, Granada's old silk market. Visit Granada Cathedral and the neighboring Royal Chapel, and learn how the city evolved under the reign of Ferdinand and Isabel.
View Tour 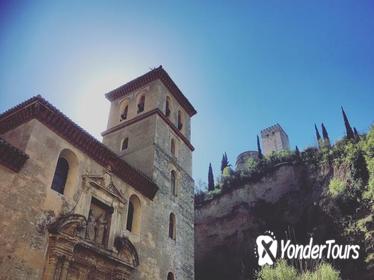 $ 49
3 Hours Private Sightseeing Tours Hotel Pickup Offered Free Cancellation
Delve into Granada's storied history with this private, half-day sightseeing tour. Visit the flamboyant Royal Chapel, see the magnificent Granada Cathedral and explore the narrow, timeworn streets of ancient Albaycin. You'll also stroll along the Gran Via, get up close to the 16th-century Carthusian Monastery and gaze out over the city from the Mirador de San Nicholas viewpoint.
View Tour 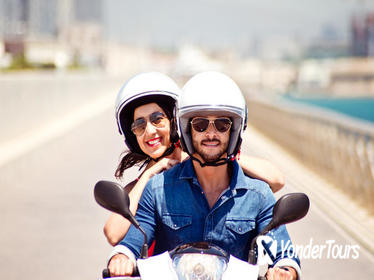 $ 34
1 Day Vespa, Scooter & Moped Tours Free Cancellation
Discover the pretty Andalucian city of Granada at your own pace with this scooter rental. Select the rental duration to suit your vacation schedule "” from 24 hours up to seven days "” and whether you would like to ride alone or with a passenger. Then, slip on your helmet, plan your itinerary using the included map and set off to explore the UNESCO-listed Albaicin neighborhood and a bevy of historical sights like Sacromonte Caves and Granada Cathedral.
View Tour 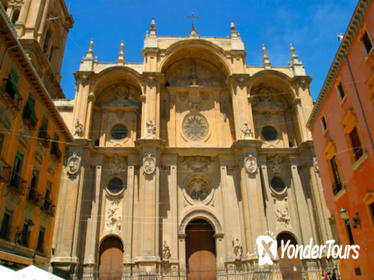 $ 53
2 Hours Walking Tours Free Cancellation
Get more out of your visit to Granada's Cathedral and Royal Chapel on this guided tour. Your guide provides insight into the reasoning behind the locations chosen for each building, as well as the political and ideological significance of the symbols throughout. Understanding the differences in the architectural styles of each building, and learning about the artists behind them, leaves you with a deeper understanding of the region.
View Tour 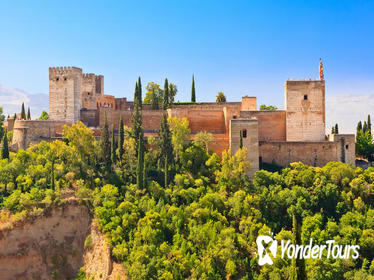 $ 38
2 Hours Walking Tours
Step into old-world Spain on this 2-hour Granada walking tour. See ancient Islamic buildings, gaze out over the rose-tinted Alhambra palace complex and learn about the city's Moorish heritage on a stroll through the UNESCO-listed neighborhood of Albaicin. Then, continue to the historical Sacromonte quarter, famed for its thriving flamenco scene. Plus, you'll receive a hop-on hop-off tourist train ticket for use on the day of your tour.
View Tour 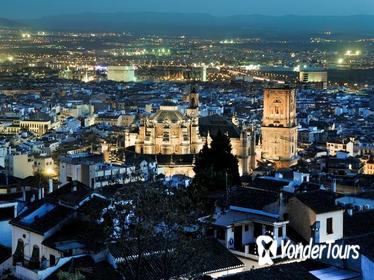 $ 45
2 Hours Walking Tours Free Cancellation
Stroll the illuminated streets of Granada on an ambient 2-hour walking tour led by an accomplished guide at night. Wander the incandescent labyrinth of Albaicin and listen as your guide provides captivating historical context and uncovers cultural secrets. See the opulent Alhambra palace complex bathed in the gentle evening light and admire luminescent landmarks on your way to the caves of Sacromonte. Hear of the area's fiery flamenco traditions then pleasure your palate with a selection of tapas and drinks. Enjoy an intimate atmosphere on this small-group tour, where numbers are limited to 12.
View Tour 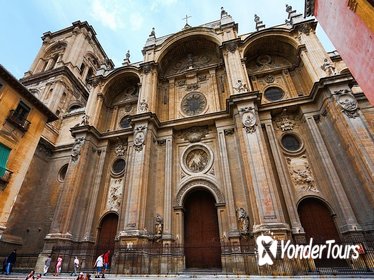 $ 58
3 Hours Walking Tours Hotel Pickup Offered Free Cancellation
Maximise your time in Granada with a private guide and a 3-hour walking tour tailor-made for you. Stroll around Granada's historic neighborhoods; marvel at the magnificent Alhambra, a UNESCO World Heritage site; and visit landmarks such as Granada Cathedral and the Palacio de Generalife.
View Tour 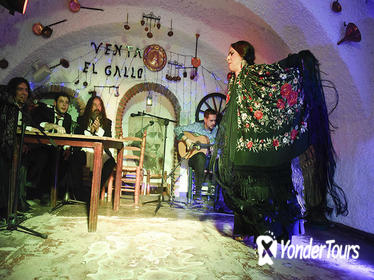 $ 41
2 Hours Dinner Packages
Venta El Gallo is located in the Sacromonte caves, cradle of flamenco art. Declared intangible cultural heritage by UNESCO, the Flemish transmitting the rhythm of the guitar, singing and dancing, where the viewer lives and feels the exciting world of flamenco. The Venta El Gallo with its superb location overlooking the Alhambra in Granada, Andalusian cuisine and offers quality flamenco shows.
View Tour