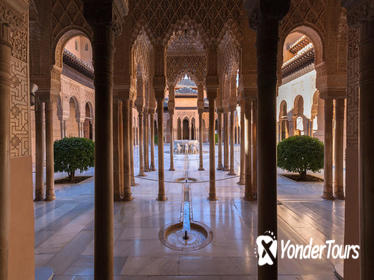 $ 98
8 Hours Skip-the-Line Tours Hotel Pickup Offered
Enjoy sightseeing and sublimity on a full-day tour of Granada's alluring Alhambra palaces and the Arab baths. Sail straight past the long lines of the entrance hall with an Alhambra priority access pass, and then explore the vast courtyards and opulent chambers of the complex with a knowledgeable guide. Stroll amid the exotic flowers of the gorgeous Gerneralife Gardens then enjoy an afternoon of blissful indulgence in the Hammam Al Andalus, soothing your mind and body in the warming pools of the spa. Upgrade to include a relaxing massage during your time at the baths.
View Tour 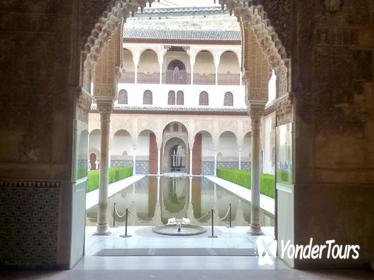 $ 97
3 Hours Cultural Tours Hotel Pickup Offered
Make the most of your vacation time in Granada by booking this skip-the-line private tour of the famous Alhambra. This top Granada attraction often has long lines, which you'll breeze right past with your prepaid tickets and dedicated guide. You and your private party will follow your private guide through the fortress complex to see and learn about the most important features, listening to in-depth commentary on the history and architecture of the site.
View Tour 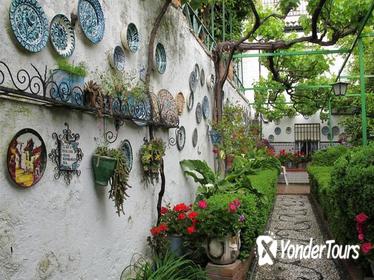 $ 75
2 Hours Cultural Tours
Combine a visit to the Alhambra with a walking tour of Grenada's Albaicin neighborhood on this guided small-group tour. Wander the narrow streets of Albaicin and learn about the significance of its charming buildings before heading to the Alhambra. Skip the line for tickets and make the most of your time exploring the palace and its lush gardens.
View Tour 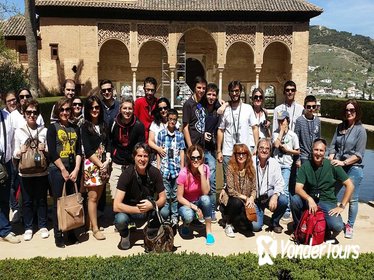 $ 48
2 Hours 30 Minutes Skip-the-Line Tours
Delve into the UNESCO-listed Alhambra and explore its chambers and gardens on this 2.5-hour guided tour. Skip the long entrance lines to Spain's most visited monument, and stroll through the Nasrid Palaces and Charles V Palace as your guide shares tales of the buildings and the Moorish sultans who originally lived here. Plus, enjoy a walk around the Generalife Gardens, with their ponds, courtyards, and orchards.
View Tour 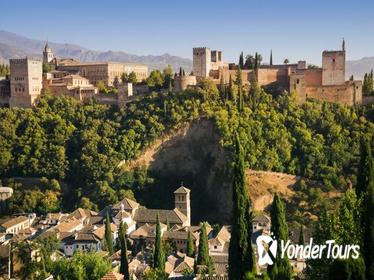 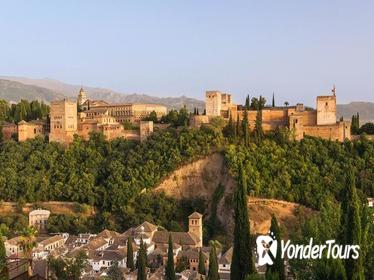 $ 37
3 Hours Skip-the-Line Tours
Skip the line for entrance tickets and spend more of your time exploring Spain's famed Alhambra Palace and Generalife gardens on this guided tour. Enjoy the privilege of priority entrance and be one of the first to enter the grounds and step back into Granada's Muslim past whilst exploring the palace and fortress. Get insight into the gardens' features and a deeper look at the region's history from your guide, before exploring farther independently.
View Tour 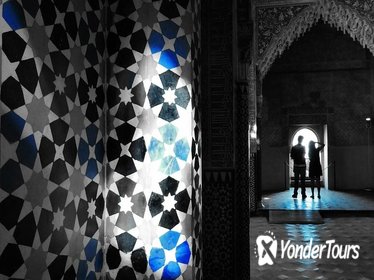 $ 50
3 Hours Skip-the-Line Tours Free Cancellation
Indispensable, fascinating, mysterious ... for years the most visited monument in Spain and the greatest exponent of Islamic culture in the western civilization. Get to know the Alhambra and its Palaces in a relaxed and detailed way. History and legend are intermingled in this jewel of the Nasrid architecture of Al-Andalus that perfectly combines water, light, architecture and vegetation. The Alhambra is in fact the only palatial city of Islamic times that has been preserved. Take advantage of your visit to this marvel of architecture to meditate and understand, with the help of your private guide, the magic and symbolism that surrounds each of these Nasrid Palaces.
View Tour 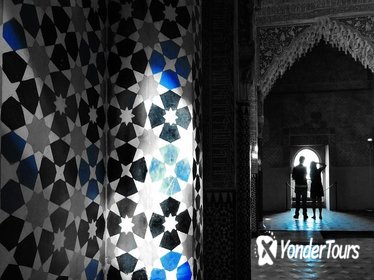 $ 58
3 Hours Private Sightseeing Tours Free Cancellation
This action-packed private tour is ideal for travelers with limited time in Granada. By going on a private tour, you won't have to wait around for other travelers, and you'll have your guide's undivided attention. Save time waiting in long visitor lines with skip-the-line entrance tickets included. See multiple palaces in one day, including Alhambra, Generalife Gardens, and the spectacular Nasrid Palaces.
View Tour 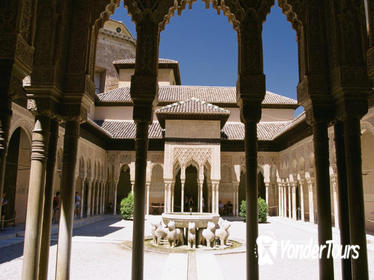 $ 80
3 Hours Skip-the-Line Tours Hotel Pickup Offered
Discover the imperial majesty of Granada's Alhambra and its gorgeous Genralife Gardens on a 3-hour walking tour with a knowledgeable guide. Sail past long lines at the entrance hall with an exclusive priority access pass, and then embark upon an enriching exploration of the palace complex. See the magnificent Moorish architecture of the Nasrid palaces and a gain a glimpse into the decadent sultans who once inhabited the opulent structure. Admire panoramic city vistas from a hilltop perch; stroll through the botanical beauty of the Generalife Gardens and enjoy convenient round-trip hotel transportation during this exciting excursion.
View Tour