Things to Do in Monterey Carmel

Choose from 6 Fun Things to Do in Monterey Carmel 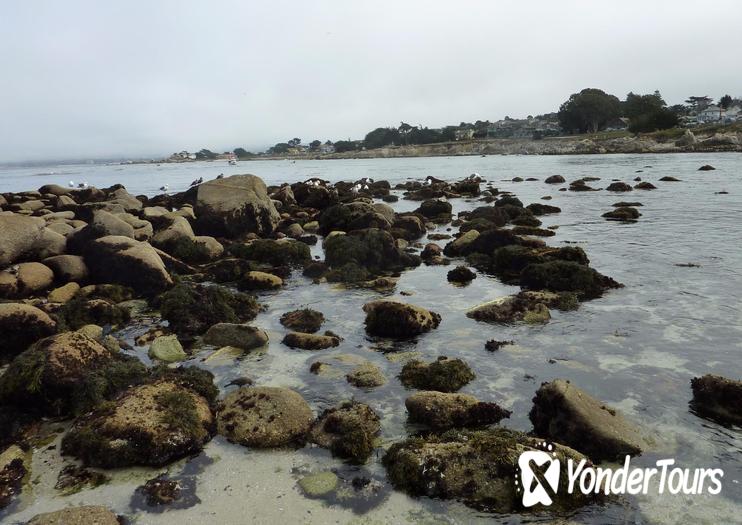 This pint-size picturesque park in the heart of Pacific Grove offers up plenty of outdoor fun, with easy access to ocean waves that are idea for swimming, surfing, kayaking and more. Travelers can rent bikes and cruise along the coastal drive where urban landscapes meat salty sea.  Visitors can pack a picnic lunch and relax on stretches of sandy beach or break into a sweat at one of the popular beach volleyball courts. There’s a children’s swimming pool to keep the little ones happy and a lush green lawn is perfect for a game of Frisbee or unwinding in the shade of one of the park’s towering trees. 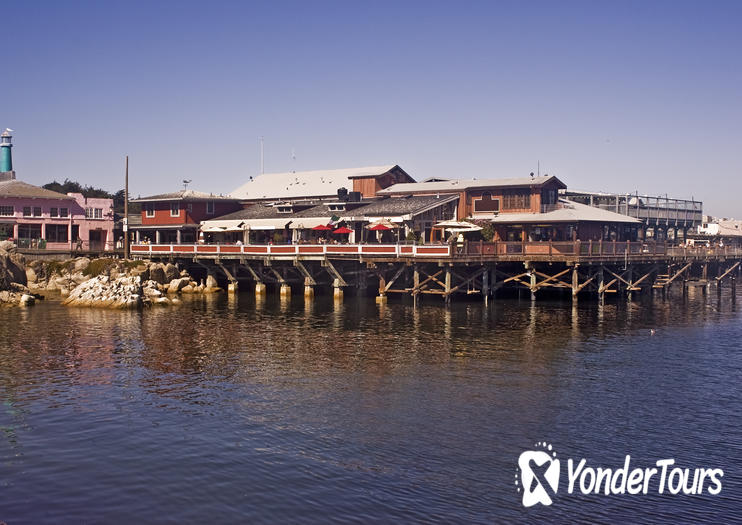 Set on California's central coast, Fisherman's Wharf is famous for its ocean views, resident sea lions and sea otters, and sourdough bowls of clam chowder. Souvenir shops, candy stores, street performers, and seafood restaurants line the seafront. Nearby, you can watch as trawlers unload the day's catch at Fisherman's Wharf II.
The Basics
Monterey's Fisherman's Wharf is a jumping-off point for exploring the Pacific Ocean via deep-sea fishing cruises, sailing tours, glass-bottom boat tours, and whale-watching tours. Day trips to Monterey from Santa Cruz, San Jose, or San Francisco typically include a stop at Fisherman's Wharf along with coastal highlights such as Carmel-by-the-Sea, 17-Mile Drive, Pebble Beach, or Pacific Grove. Segway tours and Sea Car tours are fun ways to explore Fisherman's Wharf and the surrounding area on your own.
Things to Know Before You Go
How to Get There
Fisherman's Wharf lies within walking distance of most downtown Monterey hotels. The free MST Trolley runs year-round on a loop past Monterey sights including Monterey Bay Aquarium and Cannery Row. There are several parking lots adjacent to Fisherman's Wharf and metered parking on most nearby streets.
When to Get There
Fisherman's Wharf is open year-round and is busiest in summer. Many visitors are surprised to learn that summer is the coldest, foggiest season here; dress in layers and prepare for some blustery summer days. Monterey is warmest from August through October.
The Monterey Bay Aquarium
A 7-minute drive from Fisherman's Wharf, the famous Monterey Bay Aquarium is perched on the edge of the Monterey Bay National Marine Sanctuary. Dedicated to inspiring conservation of the ocean, the aquarium showcases marine life including sea otters, giant Pacific octopus, and African penguins. The Rocky Shore tank, where visitors can touch bat rays, is a perpetual favorite.

There are several parking garages right beside Fisherman's Wharf, but you can save on fees by grabbing a free spot on Figueroa Street, which is just a few blocks away.
Address: Fisherman's Wharf, Monterey, CA 93940, USA
From $ 48 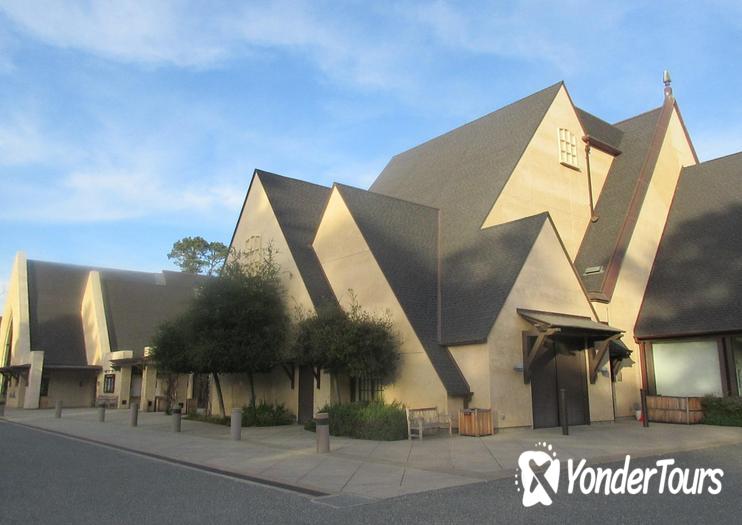 A beautiful structure designed in Late Gothic Revival style, the Sunset Cultural Center is the Monterey Peninsula’s top spot for cultural events and performances. With two stages, an art gallery, and a meeting room, the venue holds a variety of events year round. Its iconic arched entry is the door to the home of the Monterey Symphony, Carmel Music Society, and Chamber Music Monterey Bay. Transformed from an old public school, the cultural center is regarded to have some of the most beautiful interiors and acoustics in the area.
With just over 700 theater seats, the theater maintains an intimate space that allows for close interactions with performances. Shows range from theater and dance to concerts and comedy. Run by a nonprofit organization, the venue brings some of the world’s best arts and live performances to the area in addition to supporting local performing arts groups.

The Sunset Cultural Center is located in the beautiful seaside town of Carmel. It’s situated on San Carlos Street at 9 th Avenue, with a free parking lot available at nearby 8th Avenue. Driving is the best way to get there, and the exit from Highway 1 is Ocean Avenue.
Address: San Carlos Street, Carmel-By-The-Sea, California 93921, USA
Admission: Varies by show
From $ 89 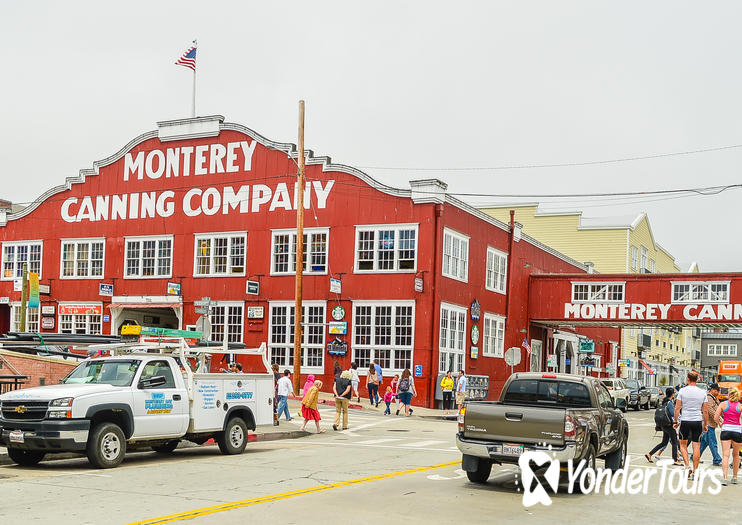 Cannery Row is a proudly tourist-friendly strip running along the atmospheric Monterey waterfront. Once home to a series of bustling commercial sardine canneries, the famous waterfront street changed its name of Ocean View Avenue to its longtime nickname, Cannery Row, in 1958 to honor the 1945 John Steinbeck novel of the same name.
The Basics
Today’s Cannery Row is very different from that of the “tin and iron and rust and splintered wood, chipped pavement and weedy lots and junk heaps, sardine canneries of corrugated iron…” described in Steinbeck’s novel. There has not been an active sardine industry here since 1973, and the street is now filled with boutiques, chain stores, hotels, and restaurants.
The Monterey waterfront is a popular place for visitors and locals to stroll, admire ocean views, snack on salt-water taffy, and access the coastal beaches. The area offshore is preserved as Monterey County’s Edward F. Ricketts State Marine Conservation Area, home to a large population of California sea lions. Signposts in the area display quotes from Steinbeck and insights into the history of the area, which visitors can delve into more deeply on a walking tour. If you're into sport fishing, you can launch expeditions from McAbee Beach and San Carlos Beach, which bookend the Cannery Row area. Scuba diving in the murky, frigid Pacific is made worth it by the rich biodiversity here, and San Carlos Beach is the most popular spot to launch.
Things to Know Before You Go
How to Get There
If traveling by car on Highway 1, look for signs for Monterey Bay Aquarium, then park at one of the nearby parking garages or on the surrounding streets. During summer, visitors can park in downtown Monterey and hop on the free WAVE shuttle bus (which is clearly signposted) to reach the town’s attractions.
When to Get There
April and May bring mild temperatures without the heavy crowds of summer vacationers. The weather in central California is almost always mild, but rarely hot enough to lay out on a local beach in your bathing suit. The Central Coast is often host to various festivals, especially of the food-and-wine variety, so consider timing your trip with one of these.
The Monterey Bay Aquarium
Housed in the former Hovden Cannery, this blockbuster attraction draws visitors from all over the world. The organization is known for its focus on the habitats of Monterey Bay, and is one of the world’s only institutions to host a living kelp forest. Popular residents include the California moray eel, the giant Pacific octopus, the playful sea otters, and the beautiful jellyfish.
Address: Cannery Row, Monterey, CA, USA
From $ 65 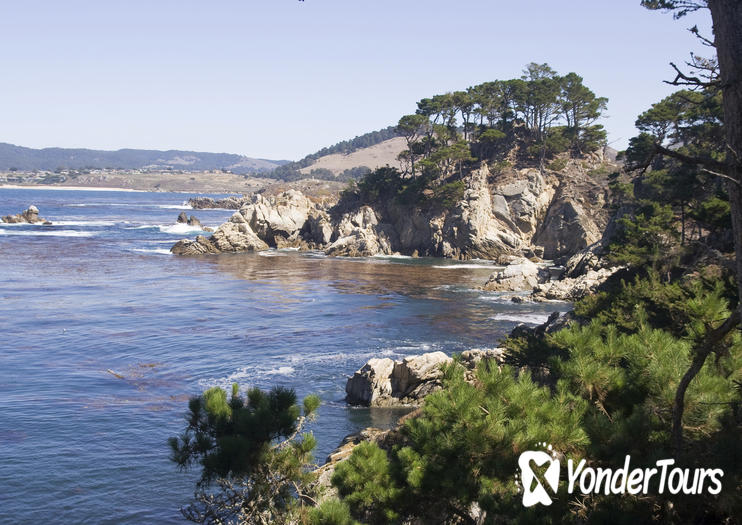 The headlands, coves and lush vegetation of Point Lobos inspired landscape artist Francis McComas to declare the marine protected area "the greatest meeting of land and water in the world."

Five miles of trails, ranging from gentle to challenging, take you through verdant forest, past scenic lookout points and along a dramatically rocky coastline that offers excellent conditions for tide pools teeming with life.

Wildlife common to the area include sea lions, harbor seals and herons and from December through April you can see migrating gray whales. The quality of scuba diving in the rich underwater habitats of Whalers and Bluefish Coves is unmatched in California, or the country.

The area used to be the center of the whaling and abalone industry and a small cabin used by nineteenth century Chinese and Japanese fishermen remains at Whalers Cove where it now functions as a cultural history museum. Other highlights include the waves crashing against the rocks of Devil’s Cauldron and the perfect white sands of China Cove.

To beat the crowds, try to arrive early in the morning, especially on weekends. Parking is limited and, when it is full, operates on a one in, one out basis.

No pets are allowed in the park and if you want to dive, you need to show proof of certification. If you are planning to dive at the weekend or on a holiday, it is a good idea to make a reservation in advance. 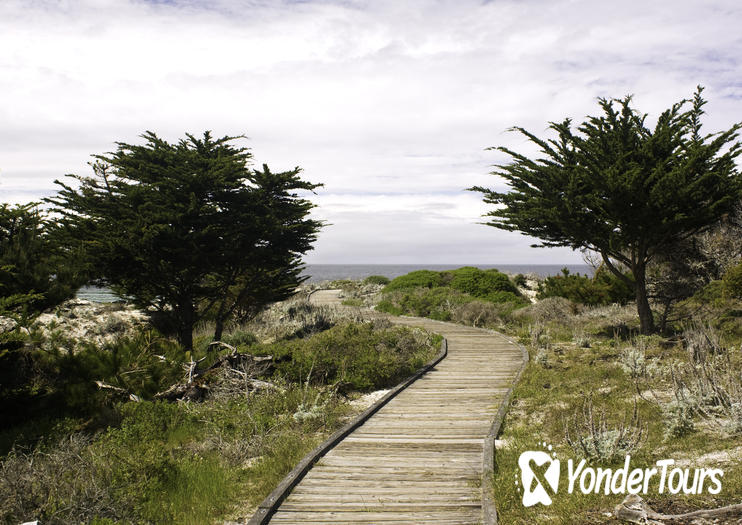 Small by beach standards, Asilomar State Beach still packs a sandy punch. At just a mile long, it delivers scenery and all the favorites beach goers tend to love like surfing, kite flying and sandy strolls. The beach lies within the boundary of the Asilomar Marine Reserve and is a great spot to go tide pooling, but no fishing or collecting is allowed.
A popular activity for visitors is walking along the quarter-mile boardwalk at Asilomar Natural Dune Preserve. There are numerous scenic outlooks with panoramic Pacific views, so have your camera handy as you make your way to the Asilomar Conference Grounds where the boardwalk ends. Listed as a National Historic Landmark, the buildings were designed by famed architect Julia Morgan between 1913 and 1928.

Asilomar Beach is located in Pacific Grove. It is dog-friendly, but visiting pooches must remain on leash at all times. There are no restrooms or picnic facilities on the beach.
Address: 800 Asilomar Avenue, Pacific Grove, CA, USA
From $ 65