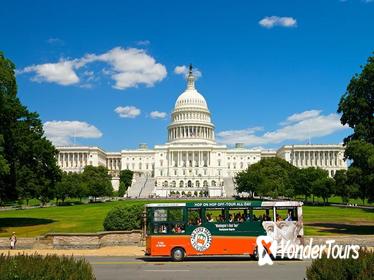 $ 90
3 to 8 Hours Super Savers Free Cancellation
Explore the best of Washington, DC on this narrated, hop-on hop-off trolley tour. Visit more than 100 points of interest among DC's top attractions "” like the White House, the Lincoln Memorial and the Washington Monument, to name just a few. Select the 1-day pass, then board at any of the 14 stops and get to know the nation's capital in customized fashion, with live onboard commentary from a professional tour conductor. A guided, 2.5-hour, moonlight trolley tour to the same landmark locations, illuminated for the evening, is also included.
View Tour 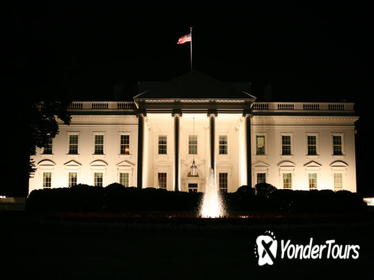 $ 20
2 Hours Ghost & Vampire Tours Free Cancellation
Washington DC is one of America's most famously historic cities, but aside from the political happenings around town and the legendary memorials, there's a haunted side to Washington DC that too often goes untold. During this two hour Washington DC haunted house walking tour, join a local guide and actor for a journey around the nation's capital that explores the paranormal. Hear the tales of death and tragedy that circle Lafayette Square, and finish the tour in front of the White House with a spooky, scary, and haunted sense of the capital's turbulent past.
View Tour