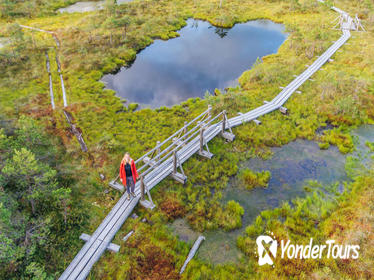 $ 1,095
7 Days Multi-day Tours
We have prepared an agenda of local best hits to spend a week in Lithuania. Not superficial, but full of authentic and memorable details. You will meet our biggest cities and get a grip on history and culture. Go off the beaten track, meet locals and get authentic experiences like smoked fish in the picturesque Curonian region.HIGHLIGHTSCities of Vilnius and KaunasAuthentic castlesAuthentic food of Karaims and smoked fish from a fishermanPicturesque villages of the Curonian lagoonCuronian spit with its dunes and broad horizonsThe biggest in a world Amber MuseumBird ringing stationHill of CrossesCountryside architecture in Rumsiskes
View Tour 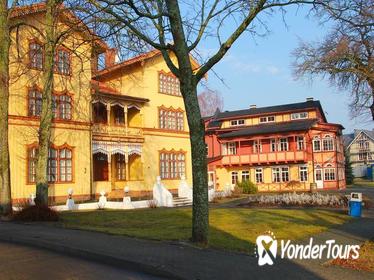 Shore Excursion: Best of Curonian Spit in Klaipeda in a Small Group

$ 90
6 Hours Ports of Call Tours
Discover the UNESCO-listed landscapes of the Curonian Spit National Park while in port in Klaipā—da on this 6-hour tour shore excursion. Explore the historic villages of Juodkrante and Nida, learn more about Lithuanian folk culture at the Mizgiriai Amber Gallery, and take in the views from the Parnidis Dune.
View Tour 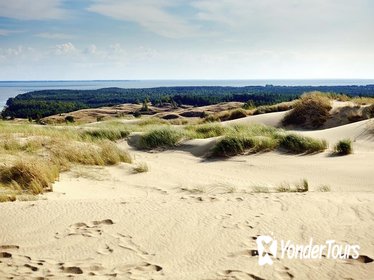 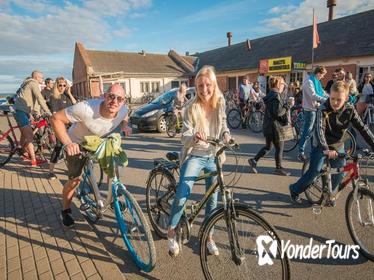 $ 979
8 Days Multi-day Tours
Explore Lithuanian coastal highlights and tranquil nature in this self guided cycling tour in the most beautiful and peaceful part of Lithuania. Cycle through small fishermen villagesÂ and enjoy vast nature in the kingdom of water and birds at your own pace, cyclingÂ between 18-35 miles a day and pass on the worry of carrying your luggage and bikes toÂ us. Stay with locals and experience true Lithuanian hospitality and spirit. HIGHLIGHTS: Cycle through the pathsÂ where no car can pass HikeÂ  Sand dunes and pine forestsÂ of the Curonian spit ExploreÂ  small fishermen villagesÂ along the Curonian lagoon Visit LithuanianÂ  summer capitalÂ Palanga ExperienceÂ  real sauna on the beach Sea the onlyÂ  seaportÂ of Lithuanian Visit the biggestÂ  Amber museumÂ of Lithuanian Try localÂ  smoked fish
View Tour 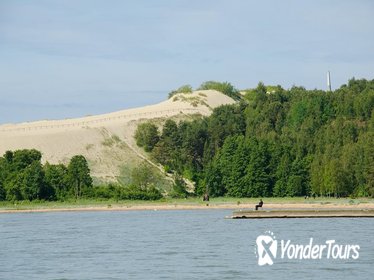 $ 52
6 Hours Private Sightseeing Tours Hotel Pickup Offered Free Cancellation
Discover the 100-kilometer peninsula of Curonian Spit National Park on this full-day private tour from Klaipeda. This UNESCO-listed site is known for its beautiful natural landscapes and rich cultural heritage of fisherman and ethnic Curonians. Explore all the highlights of the park such as the massive sand dunes, some of the largest in Europe, and the Nida village, on the border of Russia, before heading back to Klaipeda.
View Tour 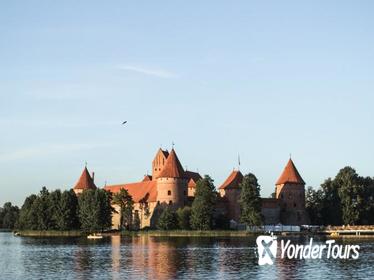 All Sides Of Lithuania (9 Days)

$ 1,332
9 Days Multi-day Tours
Let us escort you around all the best places and sights that we love in Lithuania. We loaded the trip with as many authentic experiences as we could think of to make sureÂ this will not be another-standard-tour-for-tourists. Expect to see cities and feel the countryside, breathe fresh air by the sea and see broad horizons from the sand dunes. Get an exclusive chance to visit biggest in the world Nuclear power plant. This is All of Lithuania ready to take Your senses, memories and load Your luggage with good feelings.HIGHLIGHTS: Cities of Vilnius and KaunasÂ  Soviet stories, biggest in the world Nuclear power plant visit Nuclear power plant Authentic food of Karaims and smoked fish from a fisherman Picturesque villages of the Curonian lagoon Curonian spit with its sand dunes and broad horizons Sauna experience Hill of Crosses Climb the lighthouse
View Tour 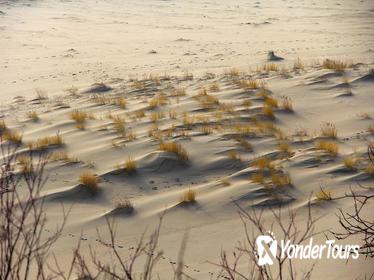 $ 65
8 Hours Ports of Call Tours
See a variety of sights in and around Klaipeda on this 8-hour private shore excursion. You'll visit Klaipeda Old City, home to historical architecture, and check out the Curonian Spit, a UNESCO World Heritage site shared with Russia. In Nida, see sand dunes and have free time for lunch (own expense). Transportation by private vehicle from the cruise port is provided.
View Tour